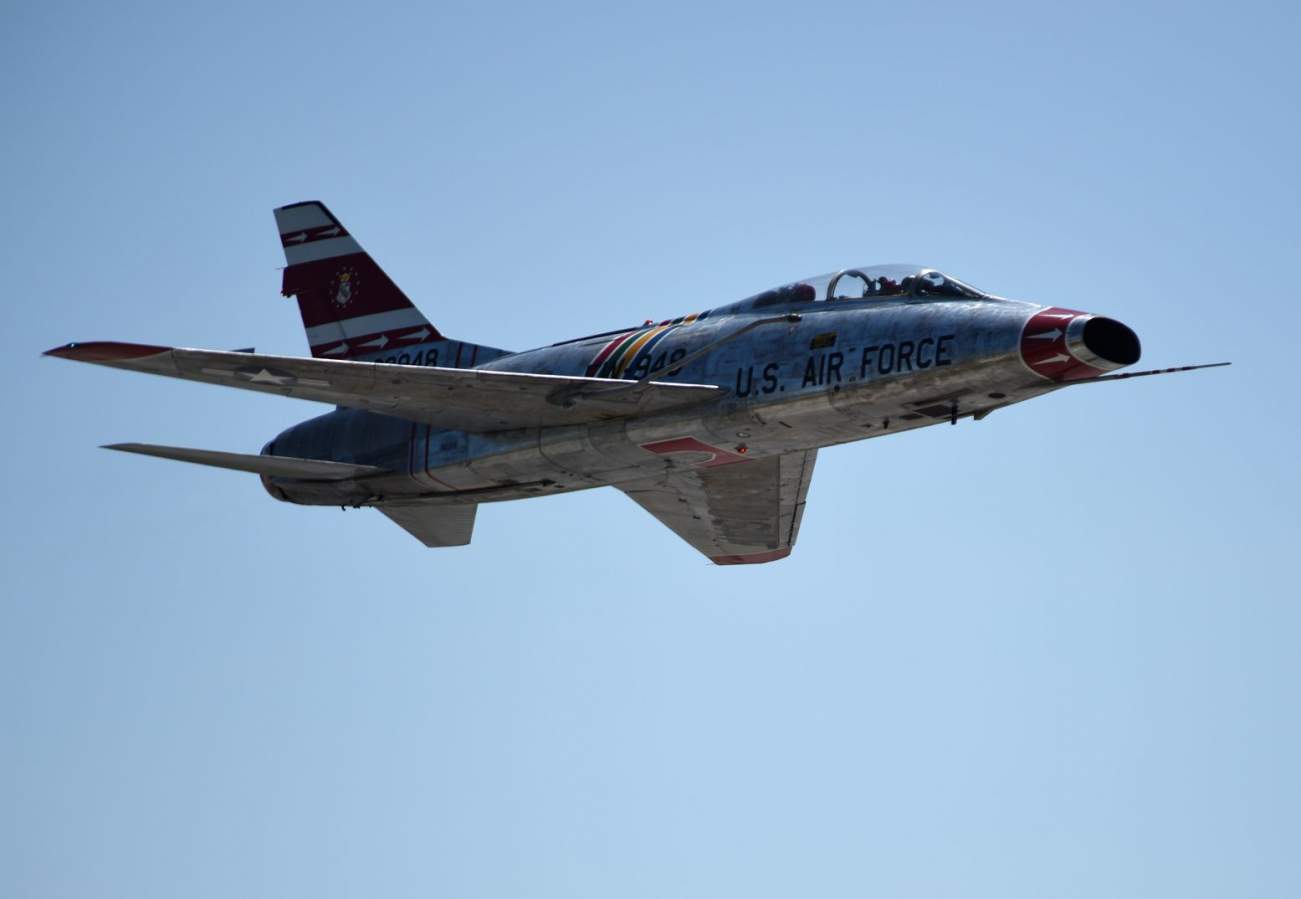 On October 14, 1947, an orange-painted Bell X-1 piloted by Chuck Yeager became the first aircraft to break the sound barrier in level flight. Though the rocket-powered X-1 was an experimental design, it followed that improving jet engine technology would make a supersonic fighter possible as well.

On its own initiative, the North American firm took a crack at evolving the F-86 Sabre, the top U.S. fighter of the Korean War, into a supersonic design. The Sabre had wings swept back 35 degrees for better high-speed performance and a large intake in its nose. The F-100 ‘Super’ Sabre’s wings were swept even further to 45 degrees, and its nose-intake distinctively tapered into a flattened elliptical shape. The first of the ‘Century Series’ of advanced 50’s-era fighters, the F-100 was nicknamed the ‘Hun’ as an abbreviation for 100.

(This first appeared in September 2018.)

The afterburner on the Hun’s J-57-P-7 turbojet was designed to dump raw fuel straight into the tailpipe, bypassing the jet turbine. Though this gulped fuel prodigiously, it helped boost the F-100 to supersonic speeds as high as 850 miles per hour at high altitude, allowing F-100s to set several speed records.

The Air Force finally bought into the design and introduced the F-100A model into service in October 1954. However, the Air Force’s first supersonic fighter was plagued by so many accidents, including a mid-air disintegration which killed flying ace George Welch, that the entire fleet had to be grounded. The culprit was found to be the undersized tail, which was unstable and could induce uncontrollable yaw.