There was an inevitable dark irony about Black Friday in Kyiv, a city currently blacker than any other as Russia’s ongoing and systematic attempt to bomb civilian infrastructure deprives its residents of light and warmth.

And so it was that just after 4 p.m. in Gulliver, one of the capital’s main shopping centers, the lights went out and a procession of people illuminated by the lights from hundreds of mobile phones fumbled their way to the exits in the hope of returning once power was restored.

“It’s hard times,” said Sergei, a 28-year-old shop assistant in the homewares store Jysk. “It’s challenging but we don’t have a choice.” Usually a day for snapping up the latest deals on big ticket treats like TVs, mobile phones or the latest designer clothes, Black Friday 2022 was instead an opportunity for Kyiv’s residents to stock up on the essential items they need to get them through what will be a brutal and punishing winter.

Last week the World Health Organization (WHO) said the Ukrainian health system is facing its “darkest days in the war so far,” with millions of people at risk from a “life-threatening” cold season.

The WHO has forecast that around 2-3 million Ukrainians will leave their homes this winter in search of warmth and safety in other European countries, but many millions more will stay.

“We’re shopping for candles,” 27-yeard-old Katya told Kyiv Post. “We’d normally buy clothes and shoes on Black Friday to treat ourselves but this year it’s about survival in one sense.” 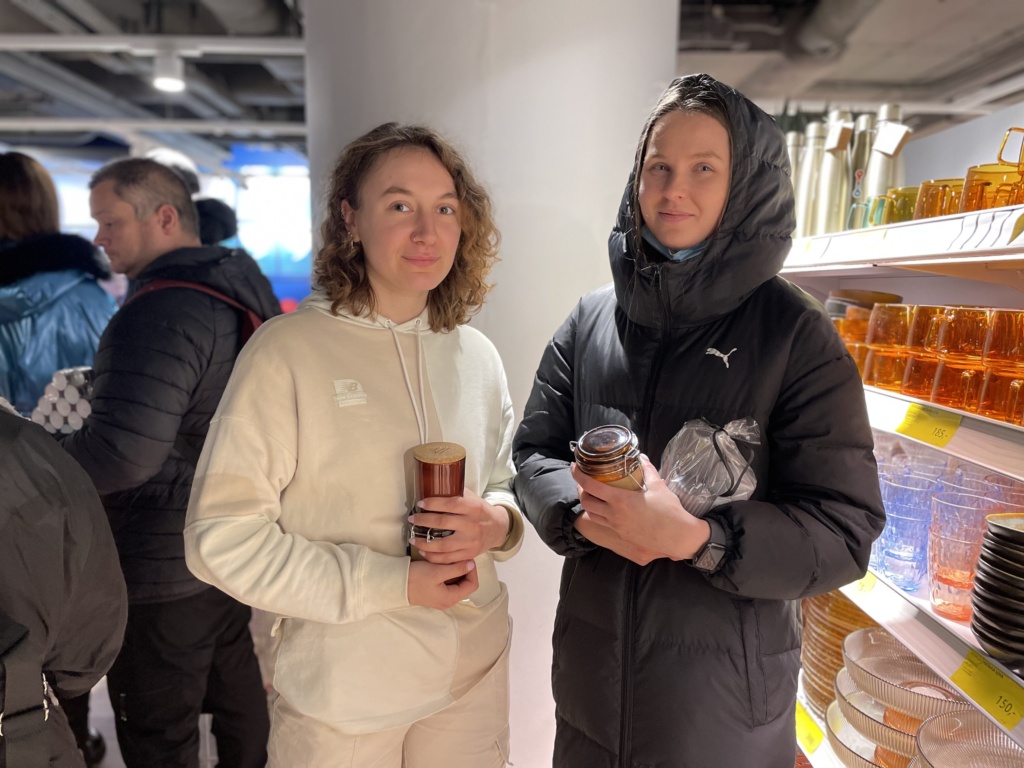 Across Ukraine on Friday, six million households were without power, two days after Russia’s latest salvo of missiles. According to President Zelensky, 600,000 of them were in the capital Kyiv, which had already been experiencing regular rolling blackouts in the preceding weeks.

Another Russian attack is expected in the coming week and just how much more damage Ukraine’s already battered energy infrastructure can take is not known. A total blackout in the capital has not been ruled out.

“Some people are optimistic though,” says 34-year-old Bohdan who works in an electronics store on Khreschatyk Street

“One person bought a 65-inch television so yeah, people are hoping for the best.” Such purchases are outliers this year, and right now portable power banks are among the most sought-after items in Kyiv,with many stores selling out on a daily basis, faster than they can replenish stocks.

For the stores that stock such items, Black Friday has at least given them the financial boost they hope for every year from a day of bargains and reduced prices, but other shops have struggled badly.

“Clothes like this aren’t a high priority for people at the moment,” 30-year-old Taras told Kyiv Post. “They’re buying food and candles and other things they need.” With the situation in Kyiv set to worsen in coming weeks and months, the staff here are understandably concerned. “I might have to have to look for another job because I’ve still got bills to pay,” Taras’s colleague, Victoria, says.