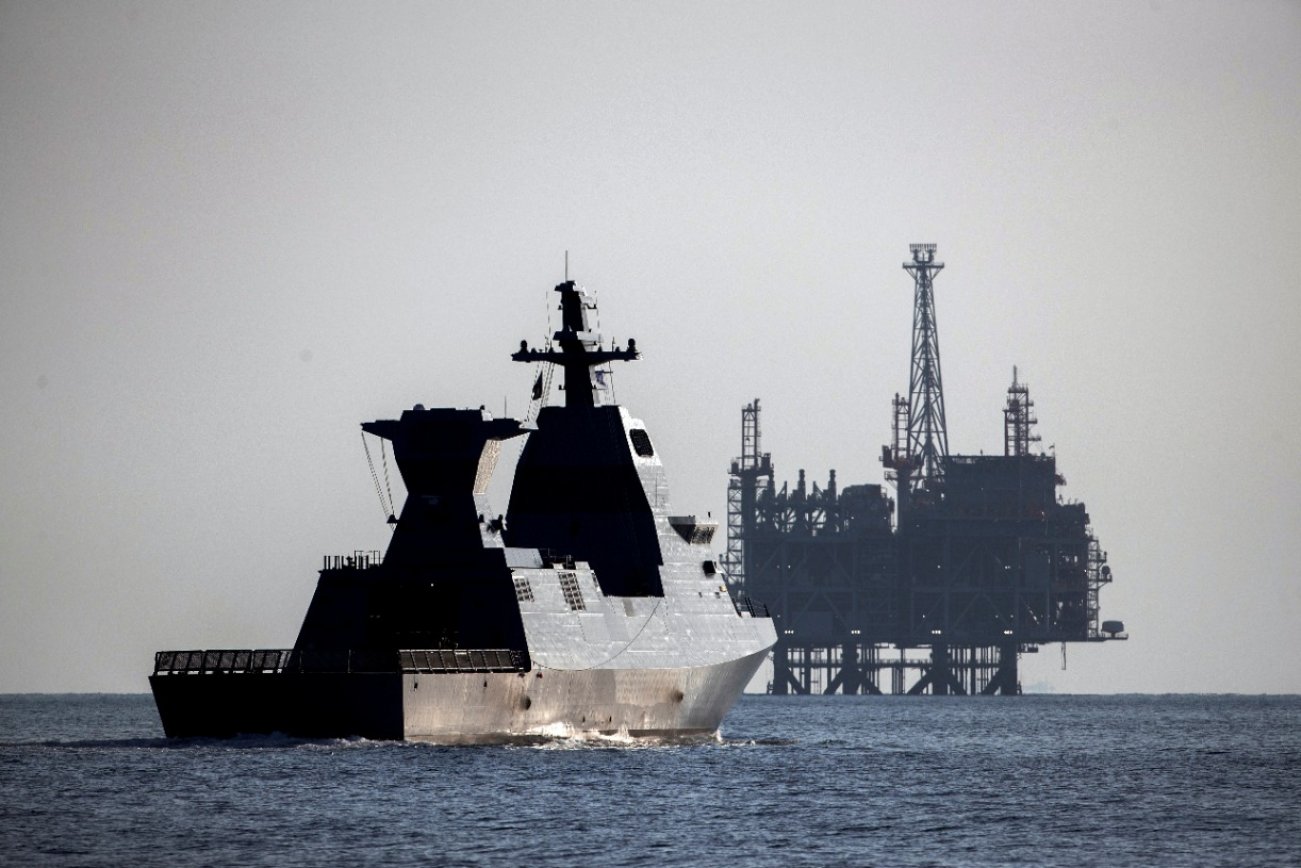 There are a lot of mysteries surrounding Israel’s nuclear arsenal. That is partly due to the Israeli security establishment’s unwritten rule of never speaking about the country’s nuclear weapons program in public in order to preserve the principle of deterrence.

The Iranian nuclear nonproliferation agreement has been the top foreign policy issue throughout Washington for the past two months.  Approving or disapproving the deal was the first order of business for the U.S. Congress until the very last day of congressional action under the Iran Nuclear Agreement Review Act (September 17).  Hours of debate have been conducted on the floors of the House and Senate, both chambers have held roll call votes, and Senate Democrats bonded together to filibuster a motion of disapproval — a resolution that would have prevented President Obama from providing the Iranians sanctions relief.

The Obama administration’s main selling point for the Joint Comprehensive Plan of Action is based on the theory that forcing Tehran to downgrade its nuclear program will make the threat of nuclear proliferation in the Middle East — the world’s most frenetic and violent region even without nuclear weapons— far less urgent.  Yet we should remember that there is in fact a state in the region that already possesses nuclear weapons. That state happens to be Washington’s closest ally in the Middle East: Israel.

There are a lot of mysteries surrounding Israel’s nuclear arsenal. That is partly due to the Israeli security establishment’s unwritten rule of never speaking about the country’s nuclear weapons program in public in order to preserve the principle of deterrence.  But there are indeed some basic elements of Israel’s nuclear program that are acknowledged by defense analysts in the United States and around the world.

While everyone believes that the Israelis possess a sizable nuclear arsenal, no one really knows how big that arsenal is.  In 2008, President Jimmy Carter estimated that Israel probably had a minimum of 150 weapons in stock ready to use if the most dire circumstances warrant.  Six years later, the former President revised that estimate and put the figure in the 300 range, which—based on Carter’s calculations—would mean that Israel doubled its arsenal from the 2008-2014 time-period.  Iranian foreign minister Mohammad Javad Zarif told reporters at the United Nations at the height of the P5+1-Iran nuclear talks that Israel is “sitting on 400 nuclear warheads.”  The Bulletin of Atomic Scientists believes Zarif’s figure is far too large and unrealistic given the fact that Israel’s weapons are designed for deterrence purposes rather than actual hire-trigger use.  A better figure, the board writes, is “sixty-five to eighty-five warheads” as cited in a Rand Corporation study.

To put it bluntly, the world doesn’t have a clue about how many nukes Israel possesses.  And that’s precisely the point for the Israelis: the guessing game swirling over the proliferation community keeps Israel’s enemies in the region on their toes.

2.  Israel Fooled the U.S. to Get Its Program Off the Ground:

The Iranian Government has been caught building enrichment facilities by western intelligence agencies twice before.  In 2002, a dissident Iranian group provided information to the United States pointing to a large-scale enrichment facility at Natanz.  In 2009, U.S. and European intelligence uncovered another enrichment facility at Fordow buried deep into a mountain.  But Iran isn’t the only country that has deliberately deceived the United States and the international community in order to provide time for a full-on nuclear program; the Israelis, as Walter Pincus wrote in a Washington Post story earlier this year, “blazed [the] trail decades ago.”

In the 1950s and early 1960s, the Israeli Government repeatedly stonewalled U.S. requests for information on possible weapons development and at times purposely lied to their U.S. allies in the hope of giving the nuclear program more room to breath.  In 1960, Israel referred to its Dimona reactor both as a “textile plant” and as a “metallurgic research installation” to the U.S. State Department.  Foreign minister Shimon Peres assured President John F. Kennedy in a 1963 meeting in the Oval Office that Israel would “not introduce nuclear weapons to the region.”

President Kennedy was so concerned about a possible Israeli nuclear weapons program that he demanded Israel admit American inspectors into Dimona to snoop around.  The Israelis agreed to those requests, but made sure that those visits would not lead to anything incriminating: U.S. inspectors, according to a long-read investigative report in The Guardian, were not permitted to bring their own equipment or collect samples at the site.

3.    Why Israel Wanted a Bomb in The First Place:

The founder of the State of Israel and the country’s first prime minister, David Ben-Gurion, made it his mission to ensure that the one homeland for the Jewish people would be protected from an ever-present threat of Arab attack.  Establishing the ultimate deterrent was therefore a major agenda-item for Ben-Gurion — he hinted in an April 1948 letter to one of his operatives in Europe that Israelis needed to fast-track their research into building a stockpile of nuclear bombs that would safeguard the Jewish state.

In the early 1950s, Israel was not a powerhouse in the Middle East as it is now.  Newly established in 1948 and surrounded by hostile Arab states that would wage war on Israel on numerous occasions until the mid-1970s, Ben-Gurion was concerned that his people would eventually fail to keep up in a conventional arms race with their Arab enemies.  Israel, he argued, needed an insurance policy in order to survive in a neighborhood filled with adversaries.

Days after his resignation as prime minister, Ben-Gurion intimated in remarks why he believed a nuclear program was so instrumental to Israel’s ultimate security and survival.  It all had to do with the intentions of Egypt, Syria, Jordan and Iraq:  “I do not know of any other nation whose neighbors declare that they wish to terminate it, and not only declare, but prepare for it by all means available to them.  We must have no illusions that what is declared every day in Cairo, Damascus, Iraq are just words.  This is the thought that guides the Arab leaders.”

4.    The World Has Long Wanted Israel to Join the NPT:

Ever since 1995, when signatories of the Nuclear Non-Proliferation Treaty officially called for the “establishment by regional parties of a Middle East zone free of weapons of nuclear and all other related weapons of mass destruction,” the United Nations has attempted to convince Israel that signing the NPT and allowing IAEA inspectors into its facilities is the best way to accomplish that objective.  Israel, however, has refused to grant those requests and has long argued that Israel’s nuclear weapons program (which the country continues to neither confirm nor deny) is not nearly the biggest threat to the Middle East’s security.

This hasn’t stopped parties to the NPT and the U.N. General Assembly from pressing the point and trying to force compliance.  In 2009, the General Assembly passed a resolution asking countries that are not yet signatories to the NPT to “adhere” to its guidelines by expressing support for a weapons free-zone. It further urged countries not in compliance with the non-proliferation treaty to get in compliance by inviting IAEA monitors to do their work.  In 2010, 189 countries followed up with a call for a conference in 2012 to start taking steps towards the goal of a Middle East nuclear free zone.  The Israelis called the document “flawed and hypocritical,” and the conference did not go forth as planned due to difficulties with its agenda.

This May, the NPT community tried to set up another Middle East WMD-free zone conference, but the United States, Canada and Great Britain blocked the resolution from passing over concerns that the meetings would take place whether or not Israel decided to join.  And just last week the United States, Great Britain, France, Canada and sixty other IAEA members rejected an Arab-drafted resolution that would have called upon Israel to bring its nuclear program under IAEA supervision.

During his first term, President Barack Obama made ridding the world of nuclear weapons and safeguarding unsecured nuclear materials a national security priority for his administration.  Virtually every state that first developed nuclear weapons in the 1940s and 1950s would much rather have a planet that is free of these kinds of warheads. We only need to go back to the Cold War competition between the United States and the Soviet Union to see how the smallest miscalculation could snowball into the very distinct possibility of a full-on nuclear conflict.

As a state that possesses nuclear weapons but refuses to acknowledge that fact, Israel in the long run is making it more difficult to accomplish the “zero nukes” paradigm.  Yet Israel is ultimately correct: the problems that are killing tens of thousands of people in the Middle East every year and driving millions from their homes have nothing to do with Israel’s nuclear arsenal or nukes in general.  Instead, they are spurned on by the Arab world’s incredible dysfunction: sectarian conflict, incompetent and brutal dictatorial governance (see the Assad regime) and terrorism — all of which feed off of one another and create a cycle of violence that is compromising the very idea of the Arab nation-state.  If the United States, Europe, and the Arab states themselves want to begin solving the problems or at least alleviating their negative effects, Israel’s nuclear program is not where the energy should be expended.  Not one person has been killed by Israeli nukes; millions have been killed from barrel bombs, improvised explosive devices, chemical weapons, AK-47’s, M1A1 Abrams battle tanks, F-15s, F-16s and the long, sharp blades that are brandished by Islamic State militants in execution videos.

The Middle East has a lot of complications and a long set of crises that are depriving millions of people from experiencing the type of life that many in the west take for granted.  But Israel’s nuclear stockpile is not a part of that list.

Daniel R. DePetris is an analyst at Wikistrat, Inc., a geostrategic consulting firm, and a freelance researcher. He has also written for CNN.com, Small Wars Journal and The Diplomat. (This first appeared in September 2015.)