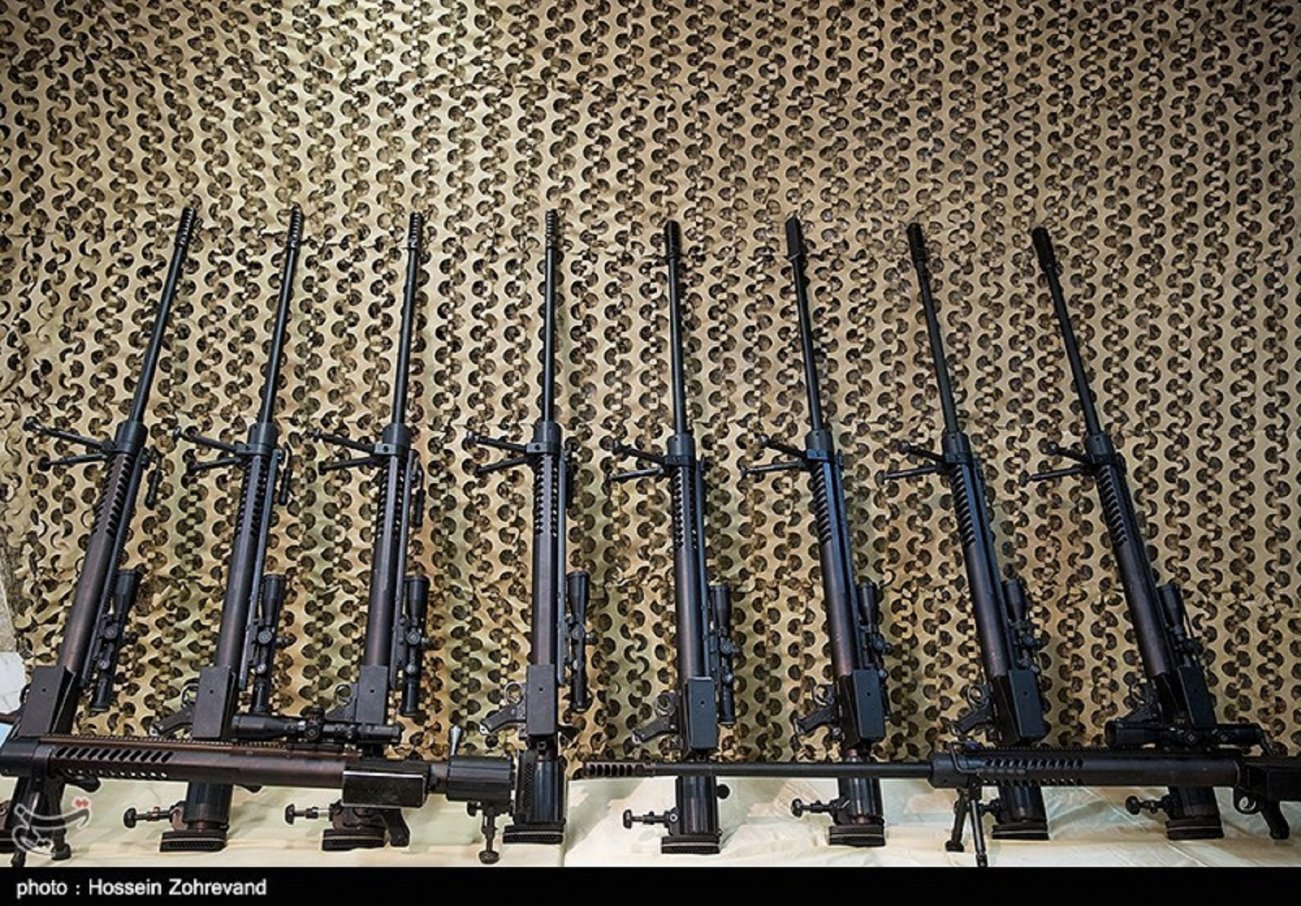 Don’t be surprised if the Heidar soon appears outside of Iran.

Iran regularly over-hypes its military technology, and in some cases, shows off bogus equipment for propaganda purposes. Iran’s military industry is also resourceful and produces interesting weapons which the Islamic republic then proliferates into very real conflicts.

As a latter example, Iran in April 2017 revealed the .50-caliber, semi-automatic Heidar sniper rifle to coincide with the annual Iran Army Day, an event for showcasing new hardware. The odd-looking weapon is an anti-material rifle primarily designed to destroy equipment and vehicles.

It’s not the most impressive entry in the genre. Iran’s state news agencies reported the Heidar as possessing an effective range of 1,600 meters, 200 meters below the U.S. military’s Barrett M82 and the French Hecate II. The U.S. Army’s Foreign Military Studies Office noticed the Heidar in its newsletter and described the weapon as “curious.”

Curious not only because of the range but weight. The Heidar is very heavy at more than 38 pounds fully loaded, eight pounds heavier than a Barrett M82. The cumbersome design won’t make for the most practical weapon, but that’s a secondary concern to whether it’s good enough for, say, Iran-backed paramilitary work.

The Heidar is a hybrid, possessing what appears to be a grip and trigger mechanism copied from the MG 3, a modernized version of the MG-42 which is of German design. Iran has produced its own version of the MG 3 since before the 1979 Islamic revolution.

The Heidar also has a side-mounted magazine and a recoil-reducing muzzle brake, the latter which is pretty much a necessity given such a powerful cartridge.

But the rifle doesn’t look very comfortable. Well, see for yourself—Iran released a video of a soldier firing the Heidar while awkwardly struggling to get a cheek weld on the short stock, although the gun appears to have an adjustable attachment in the rear.

Regardless, don’t be surprised if the Heidar soon appears outside of Iran, which has exported anti-material rifles to allies in Syria, Lebanon and Gaza. Miles at the Firearm Blog suggested Iran may have an export focus in mind for the Heidar, given that Iran is not actually using it itself—at least not yet.