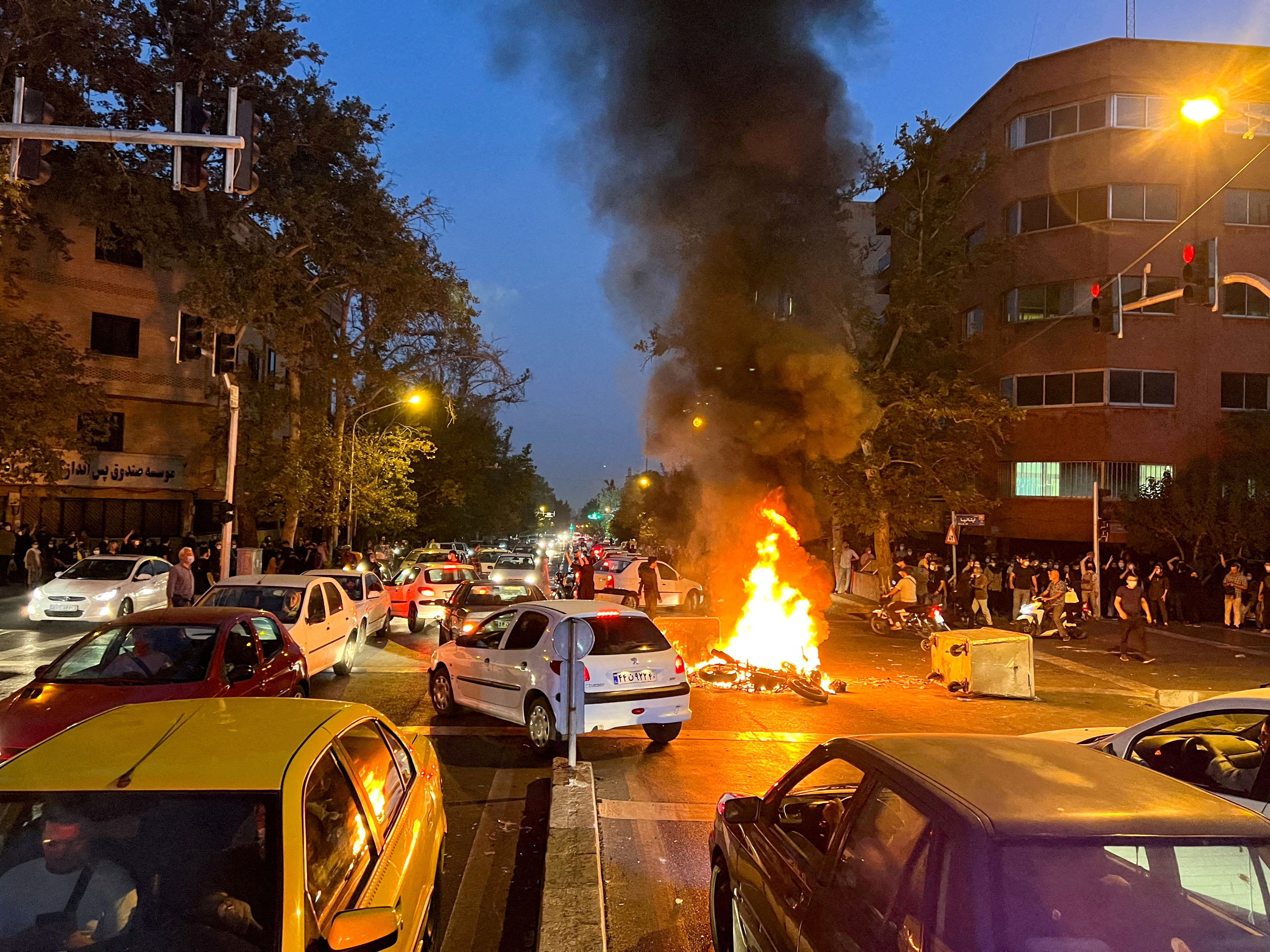 A police motorcycle burns during a protest over the death of Mahsa Amini, a woman who died after being arrested by the Islamic republic’s “morality police”, in Tehran, Iran September 19, 2022. WANA (West Asia News Agency) via REUTERS

Iran has proof that Western nations were involved in protests that have swept the country, the foreign ministry said on Monday.

The protests, sparked by the death of 22-year-old Kurdish Iranian woman Mahsa Amini after her arrest for “inappropriate attire”, pose one of the strongest challenges to the country’s clerical establishment since the 1979 Islamic Revolution.

“We have specific information proving that the U.S., Western countries and some of the American allies have had a role in the protests,” ministry spokesman Nasser Kanaani added.