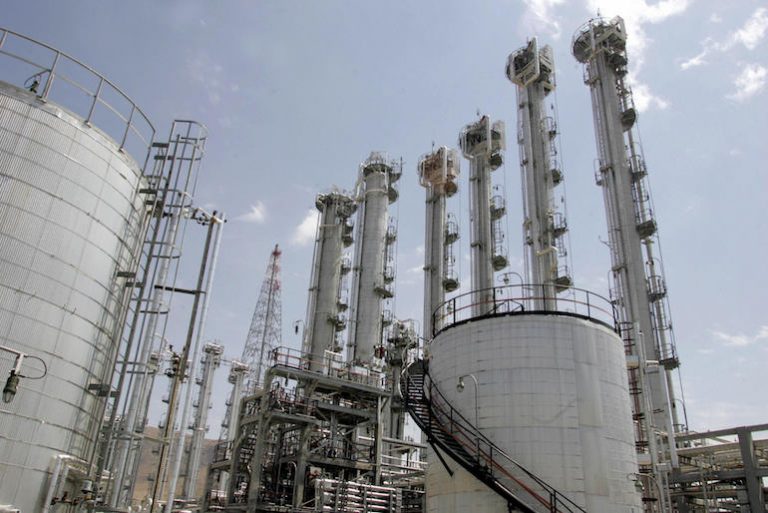 The United States has evidence that Iran is stockpiling enriched uranium, the key component in a nuclear weapon, in direct violation of international restrictions on Tehran’s use of the fissile material.

Nuclear experts predict that Iran is now just 3.5 months away from the “breakout time,” a measurement of how close the country is to having the technology and materials to construct a nuclear weapon. It also now has the fuel to potentially construct two separate bombs.

The International Atomic Energy Agency (IAEA) disclosed on Friday that Iran has nearly doubled its stockpiles of enriched uranium, generating concerns about the country’s continued progress on a nuclear weapon. Iran granted the IAEA access to several contested nuclear sites that had previously been off limits. A report on Tehran’s nuclear activities was shared with the United States and other United Nations members.

It is just the latest attempt by Iran to breach restrictions written into the original nuclear agreement governing the amount of uranium it can enrich and keep in the country. Iran has also been building advanced ballistic missiles, contrary to U.N. regulations. The revelations about its uranium enrichment are likely to provide fresh grist for the Trump administration as it seeks to reimpose a set of international sanctions on Iran.

A State Department official, speaking to the Washington Free Beacon only on background, said the IAEA’s report “highlights Iran’s ‘significant nonperformance’ of its commitments under the Iran deal that led the United States to take decisive action to restore U.N. sanctions on Iran.”

The official would not comment on specific claims in the report until it is made public by the IAEA.

However, the official said there is conclusive proof that Iran is violating its commitments under the nuclear deal.

Iran’s enriched uranium store “now exceeds by 10-fold the limit set in the” nuclear deal, according to the Institute for Science and International Security, a nuclear watchdog group that has closely tracked the IAEA’s inspections. The group said “Iran’s estimated breakout time as of September 2020 is as short as 3.5 months.”

“A new development is that Iran may have enough low enriched uranium to produce enough weapon-grade uranium for a second nuclear weapon, where the second one could be produced more quickly than the first, requiring in total as little as 5.5 months to produce enough weapon-grade uranium for two nuclear weapons,” the group said Friday.

The State Department official said the administration will keep increasing pressure on Iran until it backs away from the pursuit of a nuclear weapon.

“There is no reason for Iran to expand its nuclear program other than to engage in continued brinkmanship,” the official said. “We will continue imposing maximum pressure on the Iranian regime until it ceases its destabilizing activities and negotiates a comprehensive deal. That is why we took decisive action last month to initiate the ‘snapback’ of U.N. sanctions on Iran.”

As part of its pressure campaign at the U.N., the Trump administration has sought to reimpose international sanctions on Iran that were lifted as part of the 2015 nuclear agreement. The success of this effort remains unclear in light of opposition by European powers, as well as Russia and China. 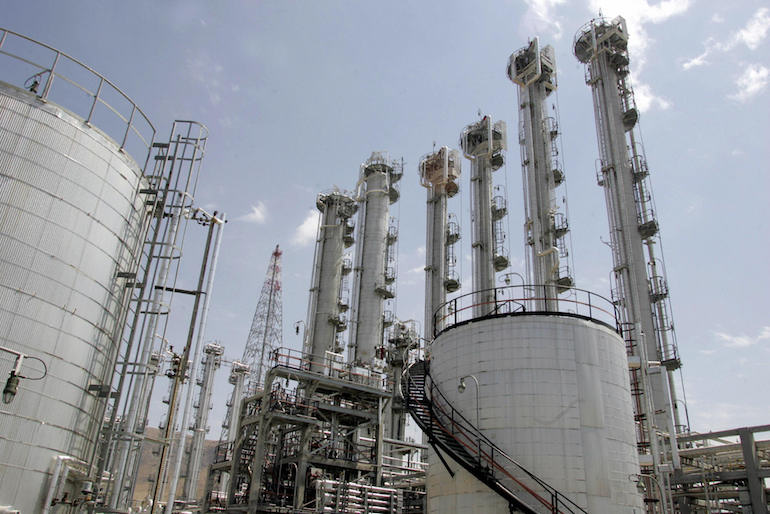