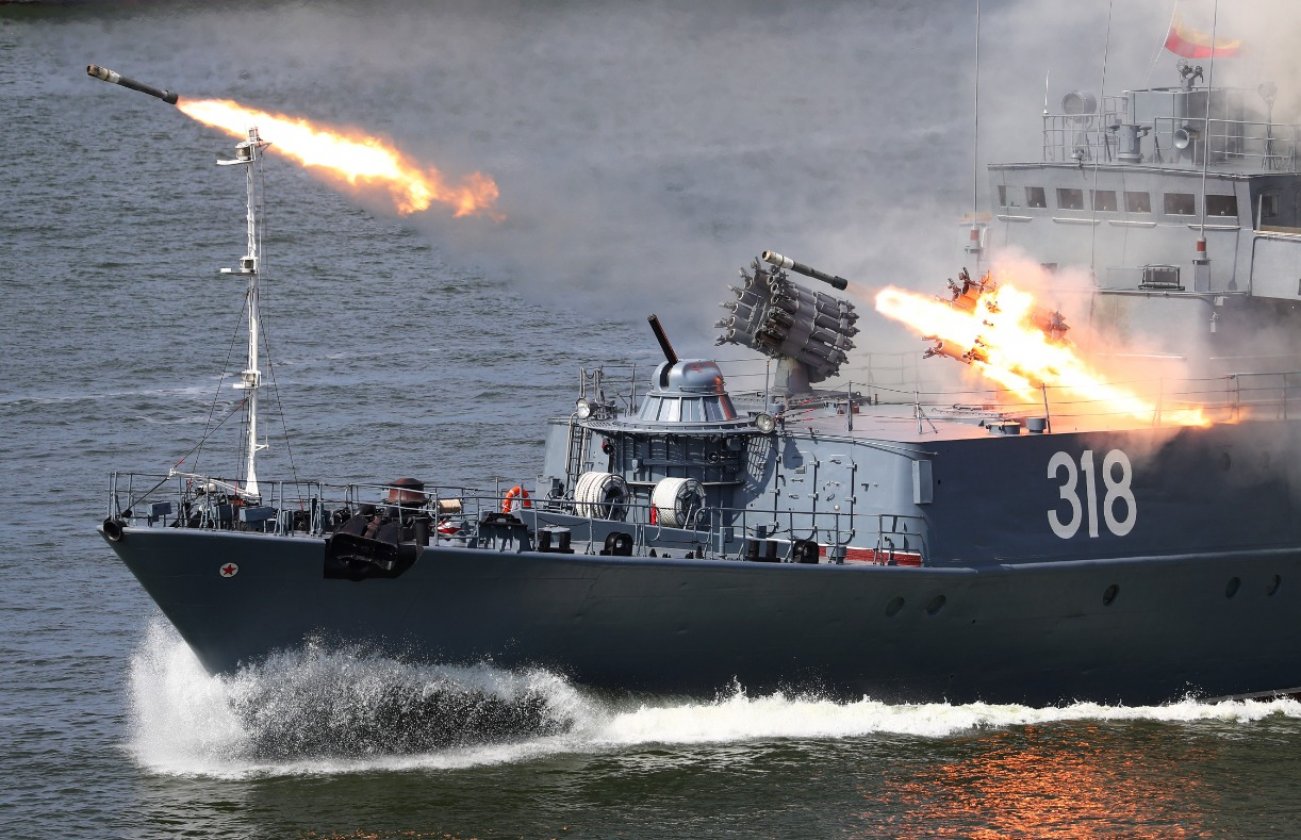 With INF dead, the world’s nuclear balance is in flux.

Here’s What You Need to Remember: The United States probably would have to agree to broad limitations on its own weaponry in order to bring China to the table. But the Trump administration consistently has wanted fewer, not more, restrictions on its weapons.

It’s exactly the kind of missile that the 1987 Intermediate-Range Nuclear Forces treaty, or INF, had banned before the administration of U.S. president Donald Trump in early August 2019 formally withdrew from the treaty.

With INF dead, the world’s nuclear balance is in flux. In the near term at least, it’s clear that the United States and Russia intend to deploy shorter-range nukes. It seems unlikely that a new treaty will halt these deployments.

“The test missile exited its ground mobile launcher and accurately impacted its target after more than 500 kilometers [310 miles] of flight,” the Defense Department stated.  “Data collected and lessons learned from this test will inform [the Defense Department’s] development of future intermediate-range capabilities.”

The missile appears to be a version of the Tomahawk cruise missile, which U.S. forces also deploy in sea- and air-launched versions.

The U.S. military previously deployed a ground-launched Tomahawk from 1983 to 1991. The missile type boasted nuclear warhead and a 1,600-mile range. INF compelled the Americans and Russians respectively to withdraw 400 and 1,500 ground-launched nuclear missiles with a range between 310 and 3,400 miles.

The first sign that the 1987 agreement was in trouble came in 2011, when the administration of then-U.S. president Barack Obama warned that new, intermediate-range nuclear-armed cruise missile—under development in Russia since 2008—could violate the terms of the treaty.

The U.S. State Department in 2013 first raised the issue with the Kremlin. Later the same year, the White House formally announced that Russia was in violation of the treaty.

The Americans were responsible for their own provocations. In 2015 the Pentagon began installing missile defenses in Romania. The non-nuclear SM-3 missile-interceptors are designed to hit ballistic missiles launched by Iran at the United States, and are not capable of stopping intermediate-range nukes launched from Europe.

But the Russians viewed the SM-3s as a threat and cited them as an indication that the Americans were developing their own intermediate-range weapons. Sometime in 2017 the Russian military finally deployed its new intermediate-range missile, the SSC-8, at a site along Russia’s western frontier.

Meanwhile, the Trump administration advanced plans for a host of new nukes, including smaller “tactical” atomic weapons that the White House might be more willing to use than larger, more powerful strategic weapons.

The Trump administration also cited China as a rationale for canceling INF, as Beijing was never party to the 1987 treaty.

Trump’s Nuclear Posture Review, released in early 2018, codified U.S. rearmament plans, effectively mirroring Russia’s own new atomic deployments. INF’s demise freed both countries to develop and field a class of weapons that for decades have been absent from Europe.

“The new policies only increase the chances of blundering into a nuclear war,” commented Bruce Blair, a Princeton University nuclear scholar.

The United States could negotiate a new treaty to replace INF, Trump said in his February 2019 state-of-the-union address. And that treaty could include China, Trump claimed.

The United States probably would have to agree to broad limitations on its own weaponry in order to bring China to the table. But the Trump administration consistently has wanted fewer, not more, restrictions on its weapons.

“Decades ago the United States entered into a treaty with Russia in which we agreed to limit and reduce our missile capabilities,” Trump said in his speech. “While we followed the agreement to the letter, Russia repeatedly violated its terms. That is why I announced that the United States is officially withdrawing.””Perhaps we can negotiate a different agreement, adding China and others,” Trump added, “or perhaps we can’t — in which case, we will outspend and out-innovate all others by far.”

The problem for China isn’t nuclear weapons, rather non-nuclear ones. “China has a small number of nuclear-armed ground-based intermediate-range missiles that would fall under the original INF treaty limits,” Kulacki wrote. “But it also has a much larger number of conventionally-armed missiles in this class that seem to be the major concern of U.S. advocates of withdrawing from the treaty.”

“Figuring out how to negotiate an expanded INF treaty that would require China to dismantle them would introduce a number of new and difficult issues to resolve, but it could also lead to some very productive conversations on how to build trust and preserve the peace in East Asia,” Kulacki added.

“Sadly, I suspect U.S. advocates of killing the INF treaty have no intention to talk to China about joining it.”

David Axe served as Defense Editor of the National Interest. He is the author of the graphic novels  War Fix, War Is Boring and Machete Squad. This first appeared in 2019 and is being reposted due to reader interest.