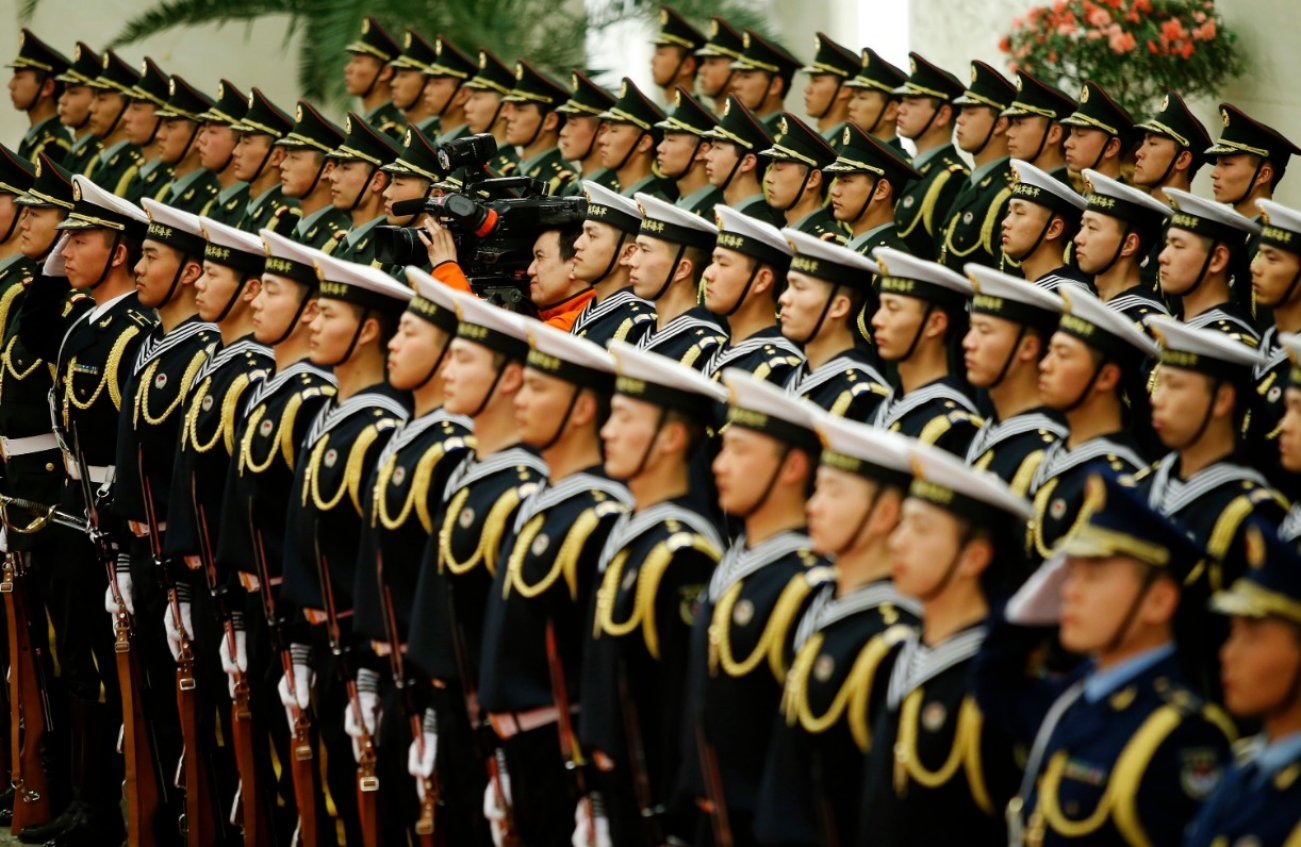 India occupies one of the most strategically important locations in the world.

Here’s What You Need to Remember: As a nuclear submarine, Chakra will be able to spend prolonged periods underwater, making it difficult to detect. During wartime, the advanced submarine will go after high value targets, such as Pakistani submarines (possibly carrying nuclear-armed cruise missiles) and Chinese submarines, destroyers, aircraft carriers and submarines.

India occupies one of the most strategically important locations in the world. A short distance from the Persian Gulf, Central Asia and Southeast Asia, India has been an important hub for ideas, trade and religion for thousands of years.

That geographic positioning has its disadvantages. India is faced on two sides by powerful, nuclear-armed countries it has fought wars with—China and Pakistan.

India’s most formidable rival is China, with whom it fought a short, sharp border war with in 1962. China’s growing military has transformed it from a mainly ground-based threat to a multifaceted one with powerful assets in the air, at sea and even in space.

India’s second most powerful rival is Pakistan, which was also part of the British Raj. India and Pakistan have fought four wars since 1947, and frequently appear on the verge of a fifth.

Complicating matters for India, the two countries are allies. Advances in military technology mean India’s large reserves of manpower are no longer as useful as they once were, and India will need to favor the former over the latter if it wants to match—and deter—Chinese and Pakistani forces.

Indian selection of the AH-64D Apache as its future attack helicopter is a prime example of technology over manpower. The Apache’s versatility means that it will be able to do everything from engage tank formations in a conventional war to hunt guerrillas in a counterinsurgency operation.

The heavily armed, fast-moving Apache can counter a number of land-based threats to India, sensing enemy armored vehicles with its mast-mounted millimeter-wave radar and destroying them with Hellfire missiles, Hydra-70 anti-armor rockets and a 30mm chain gun. The helicopter can also detect insurgents under heavy cover using its thermal imaging sensor and engage them with anti-personnel rockets or the 30mm chain gun.

Unlike other attack helicopters, the Apache has a proven combat record, destroying armor in Iraq and decimating Taliban hiding in the hillsides of Afghanistan.

Commissioned in November 2013, INS Vikramaditya is India’s newest aircraft carrier and the only aircraft carrier that calls the Indian Ocean home. In the event of war, Vikramaditya will be used to blockade Karachi, Pakistan’s largest port, or sever China’s economic lifeline to the Persian Gulf and beyond.

Vikramaditya is 282 meters long and displaces 44,000 tons, making her about 20 percent smaller than China’s aircraft carrier Liaoning. Unlike Liaoning, however, she is a fully operational carrier, with an air wing capable of executing air superiority, anti-surface, anti-ship and anti-submarine warfare. The carrier air wing is expected to consist of twenty-four MiG-29K or Tejas multirole fighters and ten anti-submarine warfare helicopters. India has ordered forty-five MiG-29Ks.

Vikramaditya will operate as the centerpiece of a full carrier battle group, protected by the new Kolkata air-defense destroyers. A further two carriers of indigenous designs are planned, bringing India’s total carrier force to three.

A joint Indian-Russian project, BrahMos is a short-range supersonic cruise missile capable of being launched from a wide variety of platforms. BrahMos is one of the most advanced missiles in the world, capable of hitting targets on land and at sea with precision. The versatility of BrahMos means it could equally target enemy ships and terrorist training camps with ease.

A ramjet propels BrahMos to speeds of up to Mach 3, or 1,020 meters a second. The anti-ship version is a so-called “sea skimmer,” flying just over the wavetops to give enemies as little as 35 seconds’ warning time.

Depending on the variant and method of launch, BrahMos is armed with a 440-660 pound penetrating high explosive warhead and has a range of 186-310 miles.

The combination of speed and hitting power makes BrahMos a particular concern to the Pakistani Navy, whose surface ships lack adequate area air defenses. Even the Chinese Navy will find BrahMos formidable, as it would face the daunting prospect of a Mach 3 missile threat launched by aircraft, coastal defense batteries, destroyers and submarines.

One of India’s newest fighters is an updated design dating back to the late 1970s. An evolution of the Su-27 Flanker, the Su-30MKI has been extensively upgraded, and the result is a long-range, twin-engine fighter with a powerful radar and amazing twelve hard points for the attachment of weapons.

The Su-30MKI’s air-to-air armament includes R-73 infrared guided missiles and R-77 and R-27 radar-guided missiles. Of particular interest is the upcoming Novator K-100 “AWACS killer” missile, capable of engaging targets at up to 300 to 400 kilometers. Against targets on the ground, the Su-30MKI can employ laser-guided bombs, Kh-59 standoff land-attack missiles and the BrahMos missile.

The Indian Air Force has 200 Su-30MKIs air superiority fighters in service with another seventy-two on order. A portion of the IAF’s Su-30MKI force has been modified by Israel for the strategic reconnaissance role.

Based on the Soviet Union’s Akula II class, Chakra displaces 8,000 tons, making it more than twice as large as any of India’s German-made Type 209 or Russia Kilo class submarines. It can sustain a speed of 30 knots submerged and can dive to a depth of 520 meters. The submarine has eight submarine tubes enabling it to launch regular homing torpedoes, Kh-55 “Granat” cruise missiles, and “Shkval” supercavitating torpedoes, capable of traveling at 220 knots to ranges of 15 kilometers.

As a nuclear submarine, Chakra will be able to spend prolonged periods underwater, making it difficult to detect. During wartime, the advanced submarine will go after high value targets, such as Pakistani submarines (possibly carrying nuclear-armed cruise missiles) and Chinese submarines, destroyers, aircraft carriers and submarines.

Kyle Mizokami is a writer based in San Francisco who has appeared in The Diplomat, Foreign Policy, War is Boring and The Daily Beast. In 2009 he co-founded the defense and security blog Japan Security Watch. This article first appeared last year.