Listen to this article
2023-01-20T08:59:54Z
Around 500 people were evacuated on Friday after fire broke out in a shanty town in the South Korean capital Seoul, fire authorities said.

Fire swept through part of a shanty town in the South Korean capital, Seoul, on Friday, destroying 60 homes, many constructed from cardboard and wood, and forcing the evacuation of around 500 people.

Emergency services took five hours to put out the blaze, which erupted before daybreak in Guryong Village, a slum that lies just across a highway from Seoul’s affluent Gangnam district. Officials said no casualties were reported so far.

Home to around 1,000 people, Guryong is one of the last remaining shanty towns in the capital and has become a symbol of inequality in Asia’s fourth largest economy.

Ten helicopters and hundreds of firefighters, police and troops joined the effort to put out the blaze which, according to officials, razed almost one in ten of the 600-plus homes in Guryong.

“I saw a flash from the kitchen and opened the door, and flames were shooting from the houses next door,” said Shin, a 72-year-old woman whose home was completely burned in the inferno.

“So I knocked every door nearby and shouted ‘fire!’ and then called 119,” she said, giving only her surname.

Kim Doo-chun, 60, said his family was unaffected by the fire but he told Reuters that the village was constantly at risk of disaster due partly to its cardboard homes and narrow alleys.

“If a fire breaks out in this neighbourhood, the entire village could be in danger if we don’t respond quickly. So we’ve been responding together for decades,” said Kim, who has lived in the area for 30 years.

The slum has long been prone to fires and flooding, and safety and health issues abound.

The government had unveiled plans for redevelopment and relocation after a huge fire in late 2014, but those efforts have made little progress amid a decades-long tug of war between landowners, residents and authorities.

The civic authorities for Seoul and Gangnam district, and state-run developers have been at odds over how to compensate private landowners in Guryong and have yet to agree whether residents, most of whom are squatters, are entitled to government support for relocation and housing.

Informed about the fire while in Switzerland for the World Economic Forum, President Yoon Suk-yeol ordered all-out efforts to prevent a bigger disaster, his spokeswoman Kim Eun-hye said. 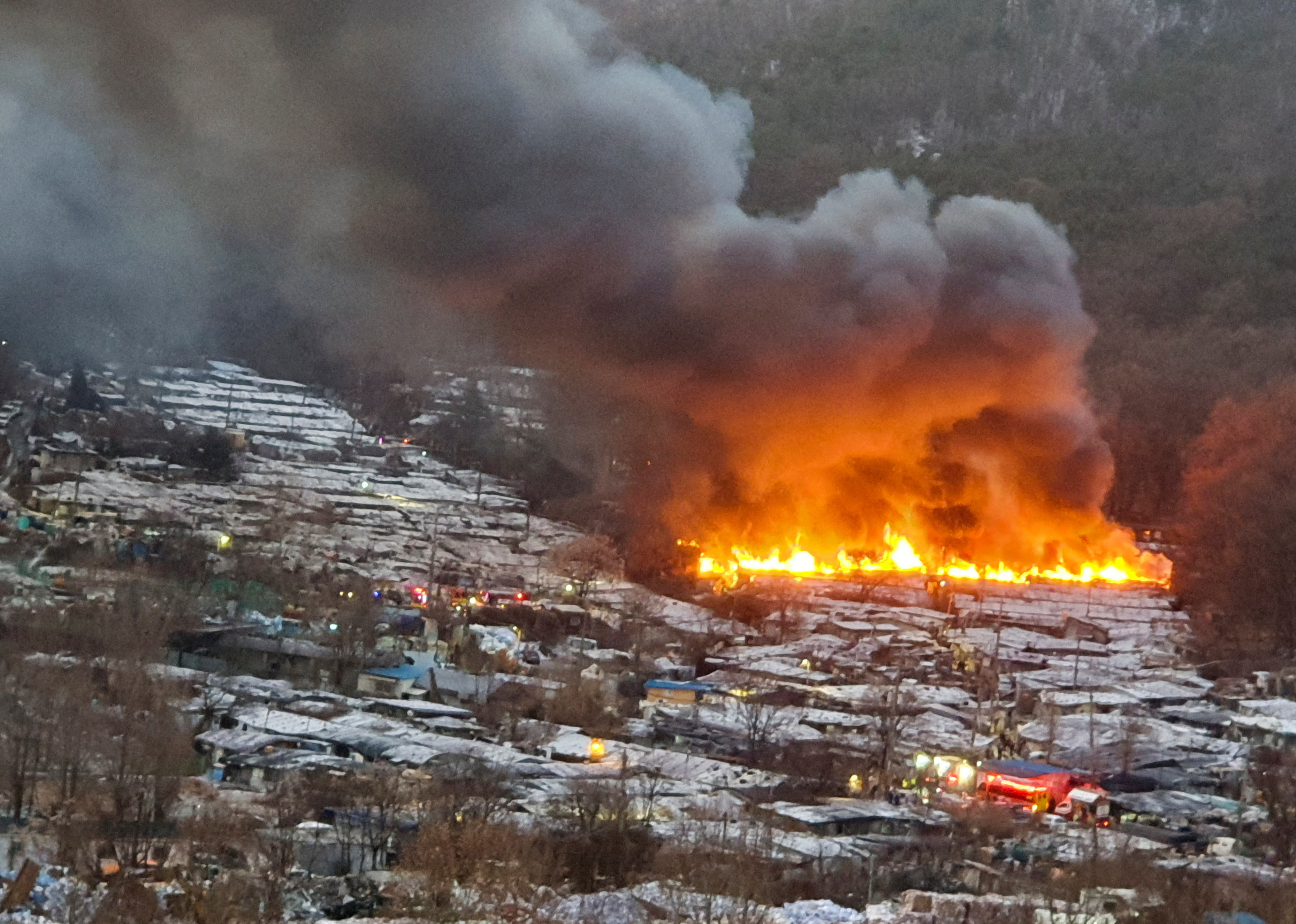 Smoke rises from a fire at Guryong village, the last slum in the glitzy Gangnam district, in Seoul, South Korea, January 20, 2023. Yonhap via REUTERS 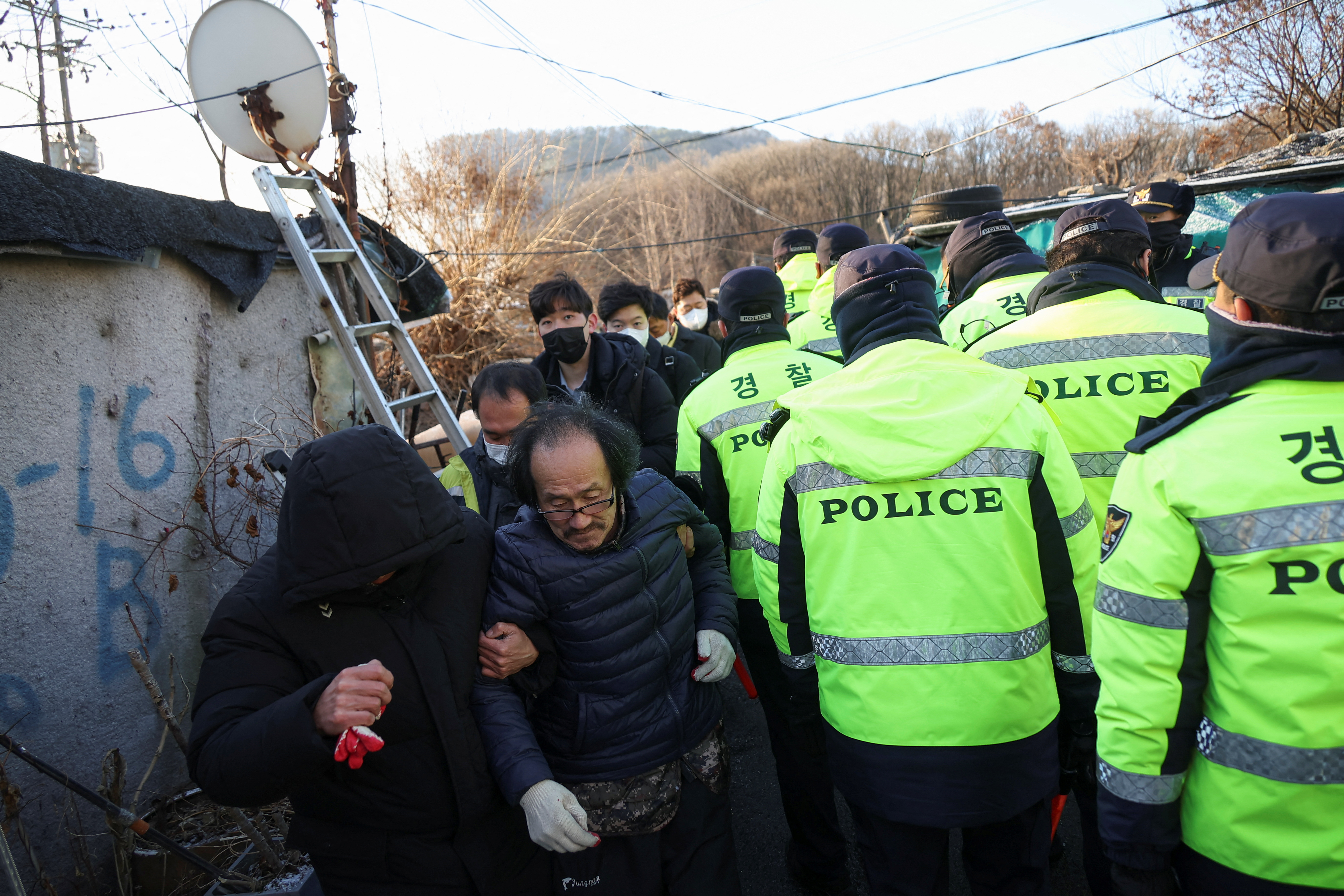 Residents receive help near the site of a fire at Guryong village, the last slum in the glitzy Gangnam district, in Seoul, South Korea, January 20, 2023. REUTERS/Kim Hong-Ji 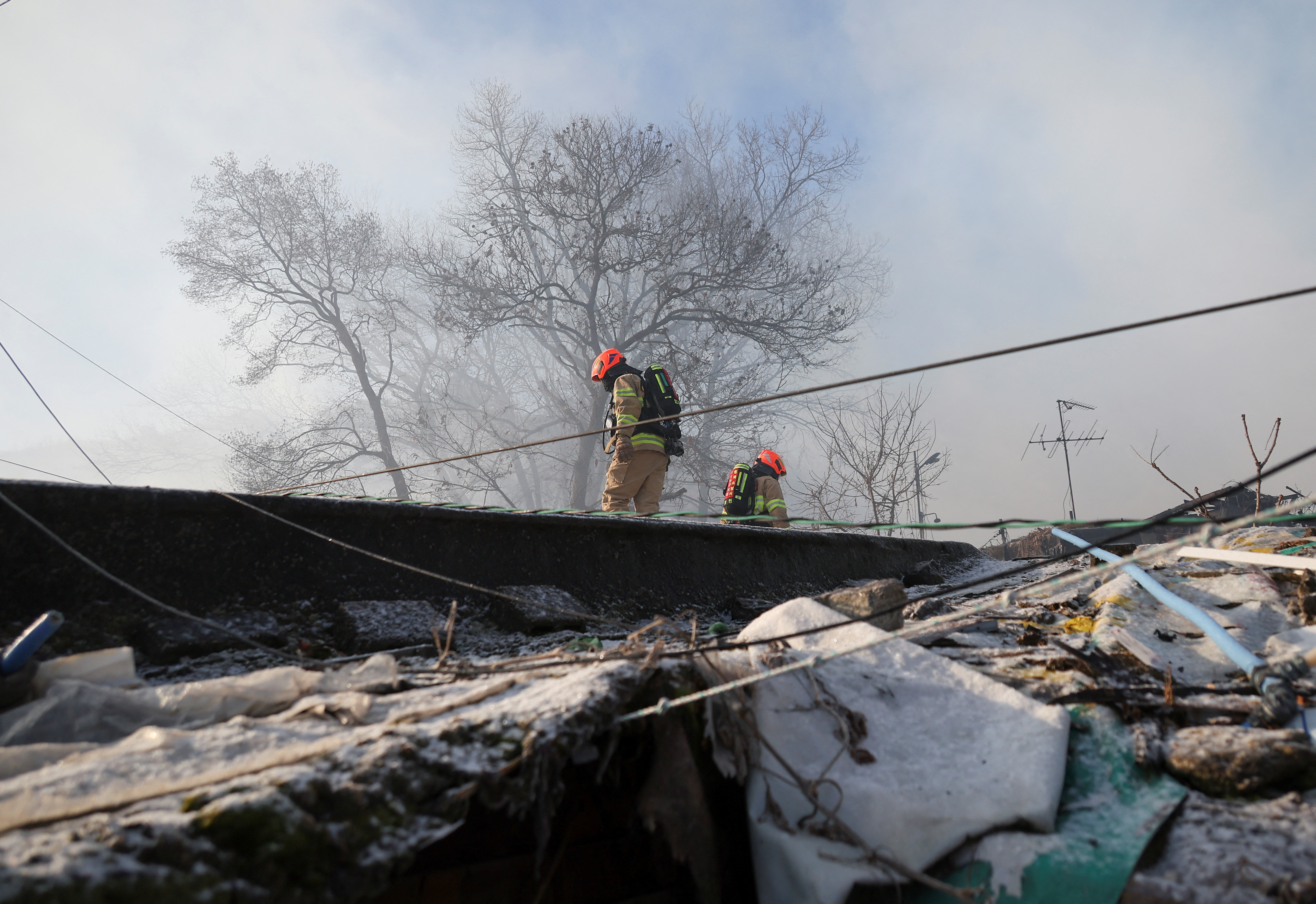 Firefighters walk on the roof of a shed at the site of a fire at Guryong village, the last slum in the glitzy Gangnam district, in Seoul, South Korea, January 20, 2023. REUTERS/Kim Hong-Ji 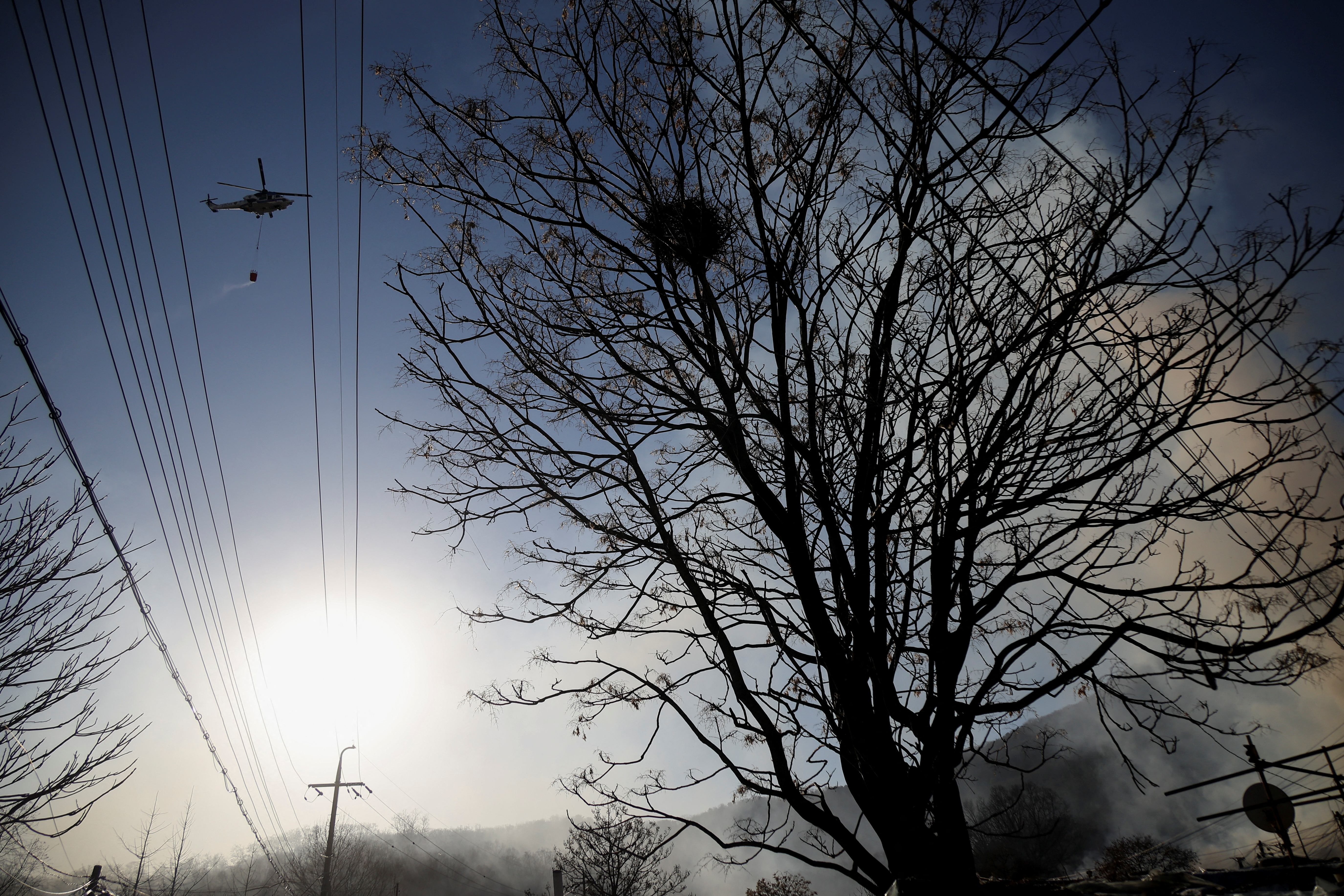 A helicopter arrives to splash water at the site of a fire at Guryong village, the last slum in the glitzy Gangnam district, in Seoul, South Korea, January 20, 2023. REUTERS/Kim Hong-Ji
获取更多RSS：
https://feedx.net
https://feedx.best