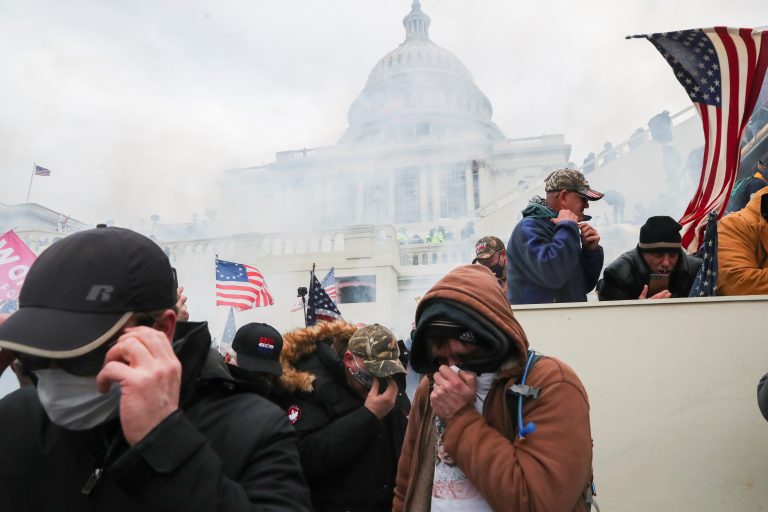 By Patricia Zengerle and Jonathan Landay

WASHINGTON (Reuters) – Police in the U.S. Capitol on Wednesday responded with drawn guns and tear gas on Wednesday as swarms of protesters stormed in and sought to force Congress to undo President Donald Trump’s election loss shortly after some of Trump’s fellow Republicans launched a last-ditch effort to throw out the results.

Police evacuated the House of Representatives and the Senate after pro-Trump protesters marched through the halls of Congress, forcing both chambers to suspend deliberations as they were meeting to certify President-elect Joe Biden’s victory in the Nov. 3 election.

One protester occupied the Senate dais and yelled, “Trump won that election.”

The chaotic scenes unfolded after Trump, due to leave office on Jan. 20, addressed thousands of protesters, repeating false claims that the election was stolen from him due to widespread election fraud and irregularities. Lawmakers had been debating a last-ditch effort by pro-Trump lawmakers to challenge the results, an effort that was unlikely to succeed.

Vice President Mike Pence, who had presided over the joint session of Congress, had already been escorted from the Senate.

Capitol Police told lawmakers in the House chamber to take gas masks from beneath their seats and prepare to put them on. Officers at the front door of the House chamber had their guns drawn as someone attempted to enter the chamber.

Officers ordered people in the chamber to drop to the floor for their safety.

Election officials of both parties and independent observers have said there was no significant fraud in the Nov. 3 contest, which Biden won by more than 7 million votes in the national popular vote.

Weeks have passed since the states completed certifying that Biden, a Democrat, won the election by 306 Electoral College votes to Trump’s 232. Trump’s extraordinary challenges to Biden’s victory have been rejected by courts across the country.

Trump had pressed Pence to throw out election results in states the president narrowly lost, though Pence has no authority to do so.

The certification in Congress, normally a formality, was expected to stretch for several hours as some Republican lawmakers mounted an effort to reject some state tallies, starting with Arizona.

Senate Majority Leader Mitch McConnell denounced the effort, saying, “If this election were overturned by mere allegations from the losing side, our democracy would enter a death spiral.” McConnell helped give Trump some of the biggest accomplishments of his presidency, including deep tax cuts and confirmation of conservative judicial nominees.

The voters, courts and states “have all spoken,” McConnell said on the Senate floor. “If we overrule them, it would damage our republic forever,” he added.

Senate Democratic Leader Chuck Schumer called the challenges “an attempted coup” and said, “The Congress does not determine the outcome of an election. The people do.”

Outside the Capitol, members of militia groups and far-right groups, some in body armor, mingled with the crowds. Protesters chanting pro-Trump slogans overturned barricades and clashed with police.

On Twitter, Trump called on protesters to stay peaceful.

Pence rebuffed Trump’s demand that the vice president unilaterally reject state electoral votes on the same day Trump’s fellow Republicans were poised to lose their majority in the Senate.

“We will never give up,” Trump earlier told thousands of cheering supporters on a grassy expanse near the White House called the Ellipse. “We will never concede. It doesn’t happen. You don’t concede when there’s theft involved.”

Trump in his speech applied fresh pressure on Pence to try to reverse the election results. In a statement, Pence said he shares the concerns about the “integrity” of the election but that is not correct that he should be able to accept or reject electoral votes unilaterally.

The U.S. Constitution does not give Pence the power to unilaterally overturn the results of the election, but he is under pressure to do so from Trump.

(Writing by Andy Sullivan; Editing by Scott Malone and Will Dunham) 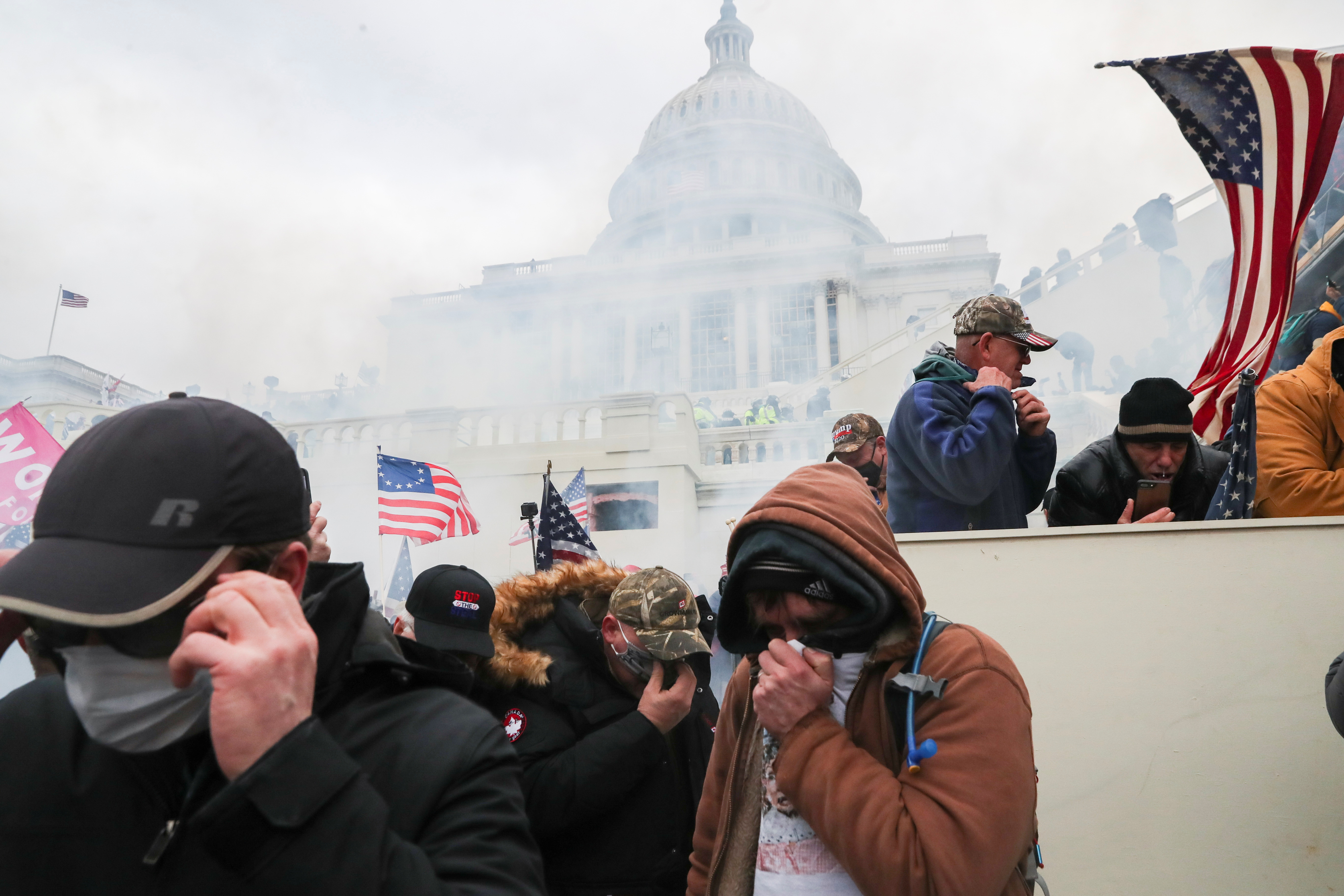