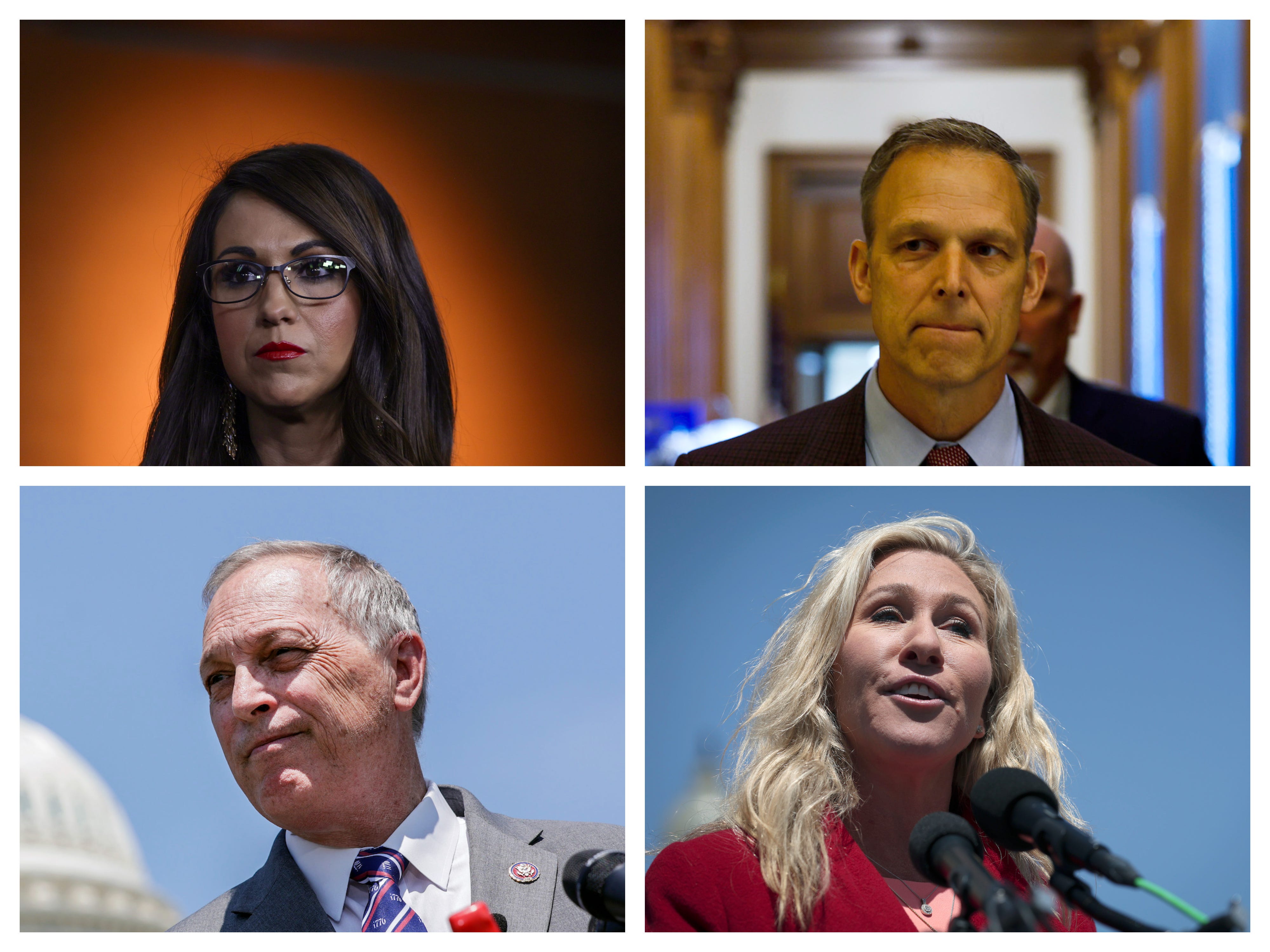 House Republicans have tapped some of their unruliest colleagues to spearhead the chamber’s political investigations arm, a roster that includes more than a dozen members who voted to overturn the 2020 presidential election, 10 who’ve already endorsed impeaching a Biden administration official, and a trio of folks who disregarded subpoenas issued by the Jan. 6 select committee in the last Congress.

Authorizing this menagerie of scandal-plagued politicians to probe others, and possibly insert themselves into Department of Justice and FBI investigations reviewing their own activities, seems ridiculous to American Enterprise Institute scholar Norm Ornstein.

“It’d be like if we gave Al Capone the power to investigate Eliot Ness,” Ornstein said during a press conference hosted by left-leaning nonprofit Facts First USA on Wednesday, referring to the infamous gangster and the prohibition agent who brought him down.

White House counsel office spokesman Ian Sams, who is likely to have his hands full with Comer’s planned investigation into President Joe Biden and his son, Hunter’s, business dealings, said the oversight appointments explain a lot.

“It appears that House Republicans may be setting the stage for divorced-from-reality political stunts, instead of engaging in bipartisan work on behalf of the American people,” Sams wrote in an official statement. 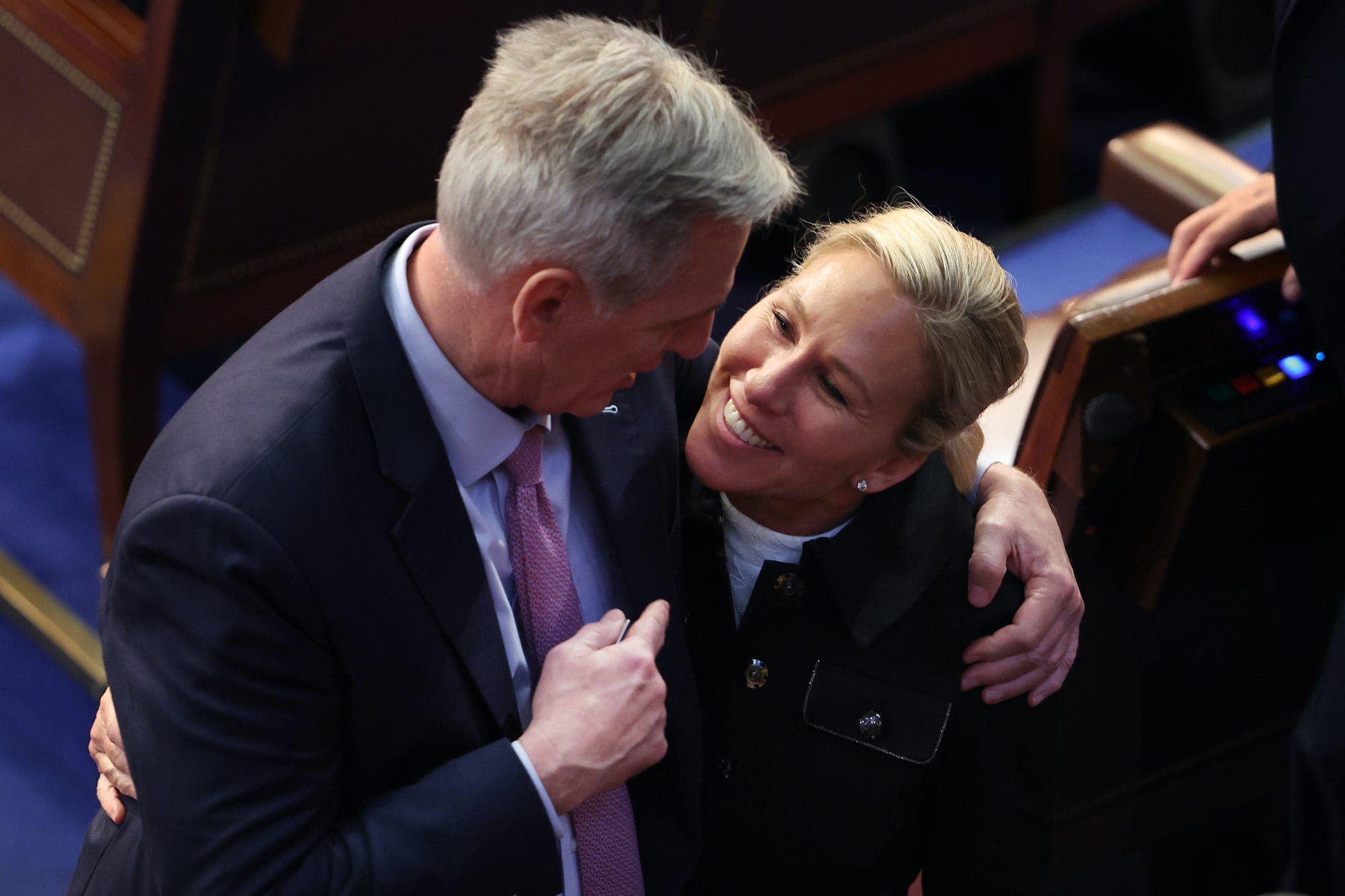 US House Republican leader Kevin McCarthy embraces Rep.-elect Marjorie Taylor Greene (R-GA) in the House Chamber during the fourth day of elections for speaker of the House at the US Capitol Building on January 06, 2023 in Washington, DC.

‘They’re just gonna do whatever they want’

Perry and Biggs, both of whom withheld their support from McCarthy’s demoralizing speaker bid until he caved to their myriad demands, voted to overturn Biden’s lawful 2020 win, blew off Jan. 6 investigators, and have cheered on efforts to impeach someone in the Biden administration sooner rather than later.

Retired Democratic Rep. Carolyn Maloney, who chaired the House Oversight Committee last session, asserted that this new cast of characters were getting into it for the wrong reasons.

“The personal vendettas these committees pursue are not a legitimate use of the oversight power. The attempts to obstruct investigations into their own criminality are not an appropriate use of subpoena power,” she said during the Facts First event.

Maloney also accused the group of choosing revenge rather than focusing on “how you’re going to help the American people” in the 118th Congress.

Kurt Bardella, a former House GOP leadership aide turned Democratic strategist, said what’s most alarming is that there doesn’t seem to be anyone around who’ll be able to rein them in when they inevitably overreach.

“These are basically the people who own Kevin McCarthy at this point,” Bardella told Insider at the Facts First event. “So when Lauren Boebert, or Marjorie Taylor Greene, or Scott Perry want to start impeaching Joe Biden, McCarthy’s not going to be able to stand up and stop them.”

“They’re just gonna do whatever they want,” Bardella stressed.