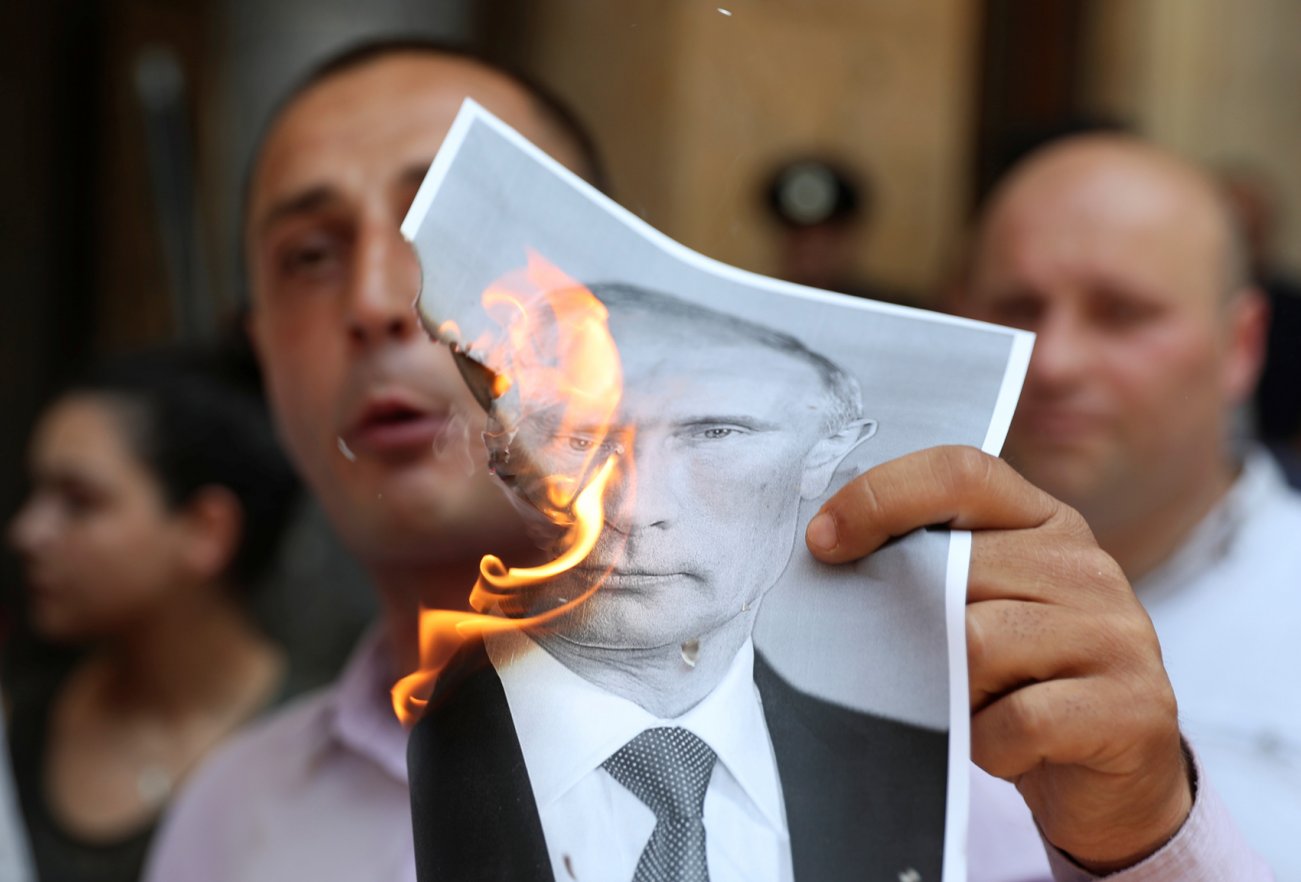 Courageous statesmanship and political dexterity will be in high demand as Georgia navigates the multiple challenges of an assertive Russia, a distracted Europe, and a turbulent global economy.

One of the bright spots in the Caucuses might be going unnoticed. That bright spot is the country of Georgia. On October 31, the citizens of the small yet strategically significant nation of Georgia will elect a parliament for the first time under a new system of greater proportional representation. These elections represent the culmination of a multi-year process of negotiation and compromise among all of Georgia’s political actors, and America has a vital stake in their success.

Encircled by irredentist Russia, warring Armenia and Azerbaijan, and an increasingly adventurist Turkey, Georgia is an oasis of pro-Western stability in an otherwise fraught neighborhood. The longtime ally and security partner of the United States is contending with a hot war in Nagorno-Karabakh to its south and the ever-present threat of Russian aggression from the north.

Elections in the NATO and EU-aspirant country should therefore be watched closely as much is at stake.

Western diplomats and international observers hope to see Georgia’s freest and fairest election in the country’s thirty-year democratic history. Since coming to power in 2012 when it defeated Mikheil Saakashvili’s United National Movement (UNM) party, the Georgian Dream (GD)-led governments have held five nationwide elections. To the government’s credit, these were largely judged free and fair by international observers.

This month’s election will break new ground in terms of inclusiveness and representativeness. Over the past year, Georgia has made strides in ensuring the participation of more parties in the next parliament. After extensive rounds of multi-party negotiations, facilitated by the United States, EU, and German Ambassadors, Georgia has enacted major constitutional reforms that transform it into a parliamentary republic in line with best European practices.

All of the parties participating in the elections have agreed on a phased transition to a fully-proportional (party-list) system by increasing the number of proportional party-list seats from 77 to 120 and decreasing single-mandate seats from 73 to 30, with a 1 percent threshold for party lists in 2020 and fully proportional representation in the 2024 election.

While previous elections were once a political grudge match between the two major parties—GD and UNM—under the new system more than fifty political parties are competing in these elections, which will result in a much more representative parliament. Moreover, these changes will ensure increased accountability of the government to the legislature, improved parliamentary oversight and enhanced powers of the opposition.

The most recent polling data shows the ruling George Dream party with a strong lead going into the elections, in no small part due to its success in handling the pandemic, with infections and deaths numbers lower than in Europe. If these polls numbers hold up, then one can expect the Georgian Dream government to continue to pursue a foreign policy direction that brings Georgia closer to the EU, the United States, and NATO.

In his recent speech to the United Nations General Assembly, Georgian prime minister Giorgi Gakharia outlined the government’s plan to “turn this grave crisis into an opportunity for development.” This would be a complete repudiation of Russia’s goal to foment unrest in the country through continuous occupation of its territories, cyberwarfare and ongoing propaganda.

Why does all this matter to the United States? Because as a gateway to the Caucuses and Central Asia, Georgia is strategically significant. Linking the Caspian, Aegean, and Mediterranean basins, Georgia sits at the nexus of energy flows from the Caspian Sea region to the West and at the center of the New Silk Road and East-West trading corridors. Geography has therefore made Georgia a focal point of Great Power competition.

Georgia is also among the most pro-American and democratic states of the former Soviet Union. Nearly 90 percent of its population calls the United States a friend. Representative government is the key to pushing through tough political decisions, and Georgia’s constitutional reforms should bolster domestic and international confidence in the strength of the country’s long-term commitment to transparent and resilient democratic institutions.

Courageous statesmanship and political dexterity will be in high demand as Georgia navigates the multiple challenges of an assertive Russia, a distracted Europe, and a turbulent global economy.

In charting their future course, Georgians should be certain of at least one constant: the strong and abiding support of the United States.

Ambassador J. Adam Ereli was the U.S. State Department spokesman and the Principal Deputy Assistant Secretary of State for Education and Cultural Affairs.