Good morning, Opening Bell crew. I’m Phil Rosen. At this point, maybe we should rebrand this newsletter to “FTX Watchers” or “SBF Fan Club,” or something that conveys why we all seem so keen on watching the collapse and its aftermath in real time.

But I get it — the drama just keeps coming. We’re all rubbernecking.

As our final send-off before the weekend, I’m breaking down how the two biggest players are still trading barbs about who did what with whose money, and why the other has no idea what they’re talking about. 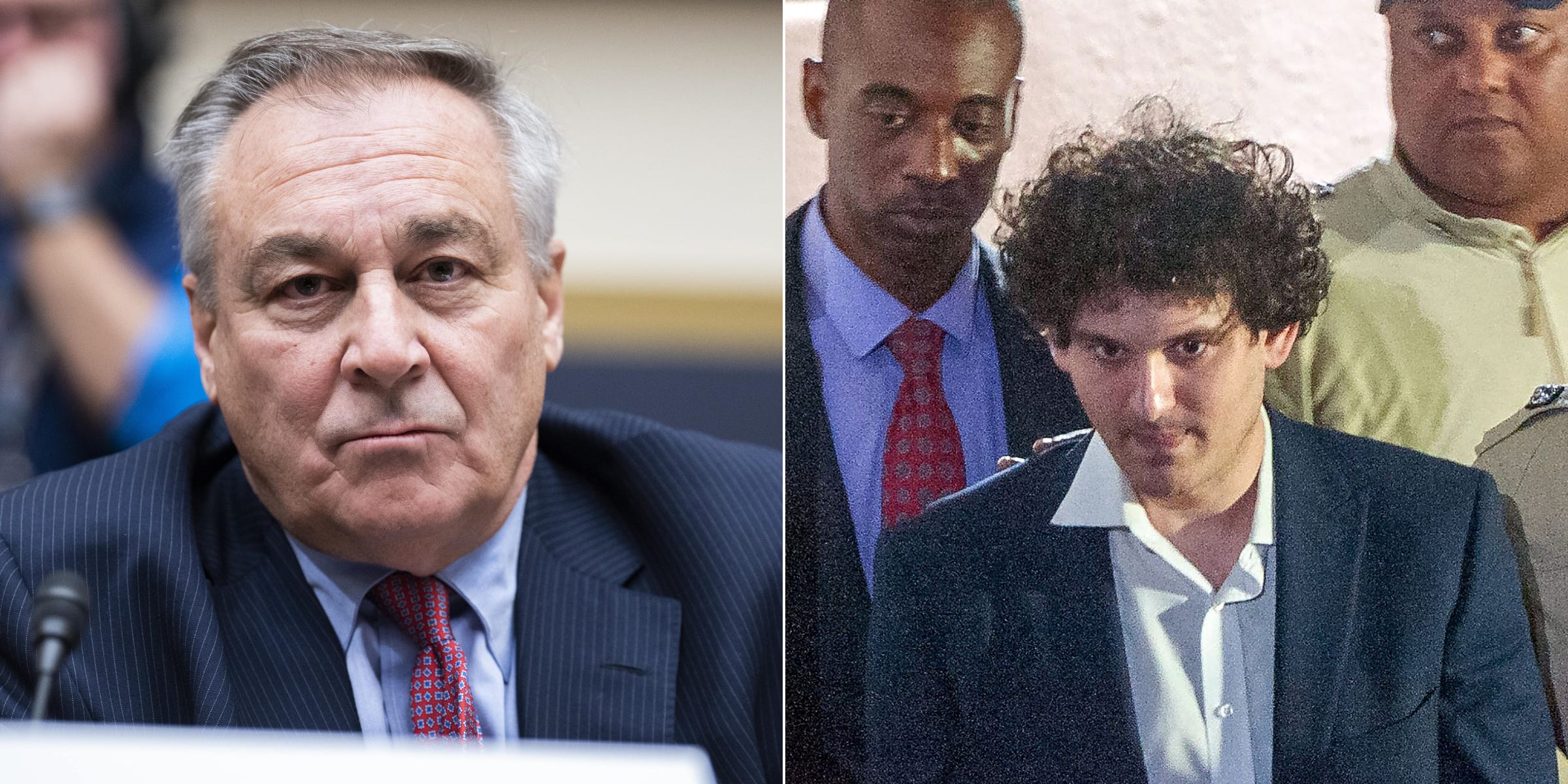 1. This much we know for certain: Sam Bankman-Fried and FTX’s new boss, John Ray III, are not each other’s biggest fans.

From their comments, we can see that they disagree on how to run a company, where certain cash went, and who can repay who.

On Thursday, Ray gave the Wall Street Journal his first public interview since taking over FTX. He said he’s mulling a potential revival of the crypto exchange, and that new leadership doesn’t need to hold a dialogue with Bankman-Fried.

“He hasn’t told us anything that I don’t already know,” Ray said.

It doesn’t take a stoic to make Bankman-Fried look chatty, given the extensive media tour he embarked on after FTX went under. But the founder didn’t take kindly to what Ray had to say.

“This is a shocking and damning comment from someone pretending to care about customers,” Bankman-Fried said to the Journal via text message. He’s maintained that the US branch of FTX is still solvent and can make customers whole again, but the company has denied this claim.

In a Substack post last week, Bankman-Fried shared his estimation of what his crypto empire’s books looked like over the last two years.

“This is the problem,” Ray said. “He thinks everything is one big honey pot.”

“Mr. Ray continues to make false statements based on nonexistent calculations. If Mr. Ray had bothered to think carefully about FTX US, he would likely have realized both that his interpretation is wholly inconsistent with bankruptcy law, and also that even if one were to subtract $250m from my balance sheet, FTX US would *still* have been solvent. Rather, Mr. Ray sees everything as one big honey pot—one he wants to keep.”

And strangely, as the boss and former boss duke it out, FTX’s native token FTT is quietly skyrocketing again.

It’s possible that the crypto — which was invented by FTX and helped tank the whole enterprise with its massive plunge in value — is rallying as traders speculate on a potential reboot of the bankrupt exchange that Ray mentioned Thursday.

The token is now up more than 160% from its December low.

Three months into the saga, what are your thoughts on FTX? Tweet me (@philrosenn) or email me (prosen@insider.com) to let me know. 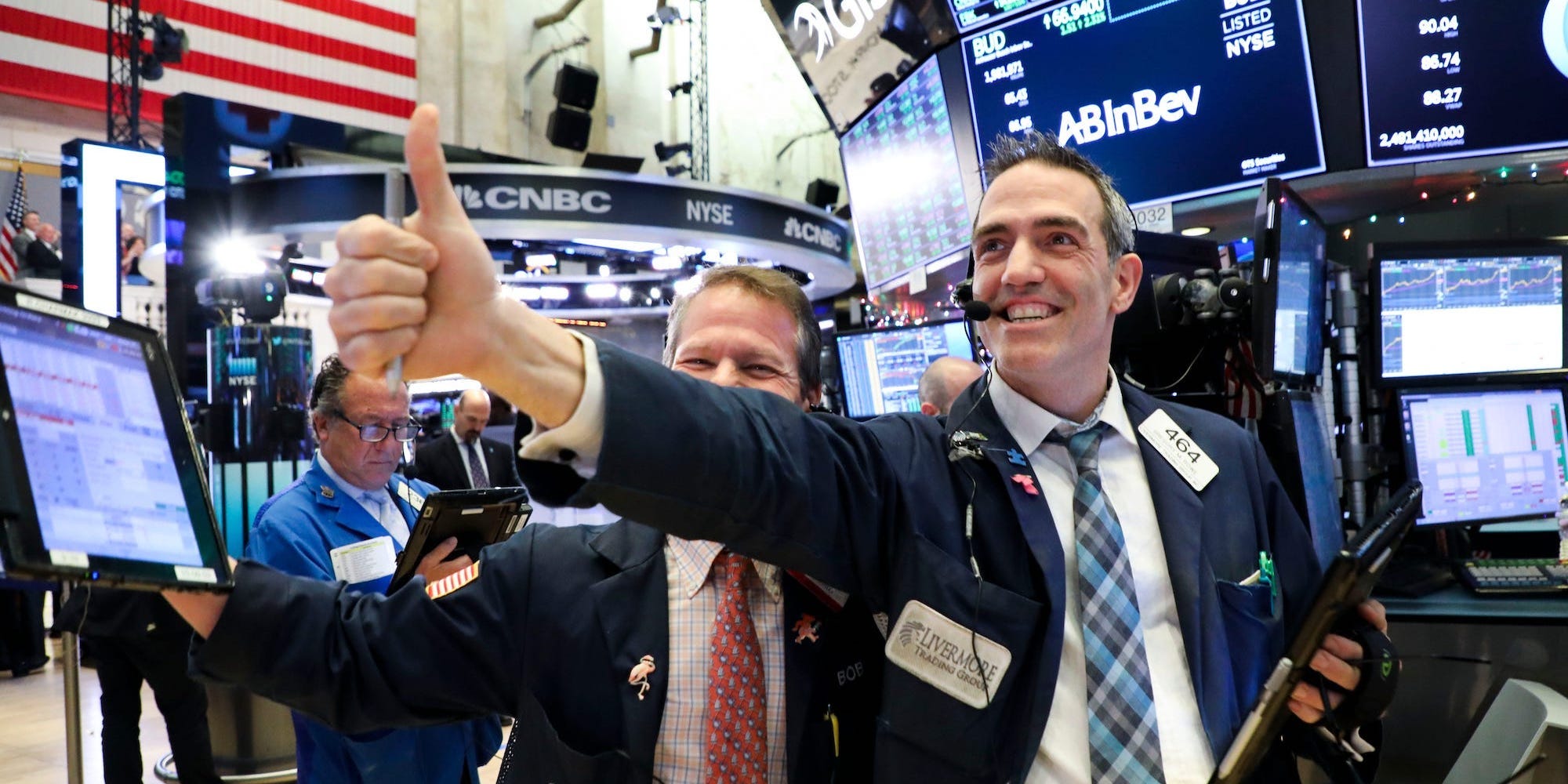 4. This batch of stocks has high upside, according to Bank of America. Strategists said these 35 stocks are their best bets for 2023 and could soar as much as 20% on average. See the full list.

5. Markets and the economy are staring down a meltdown in 2023 that could escalate into a new world war. That’s according to a veteran strategist who called the dot-com bust. He warned that the Fed is on the brink of taking it too far with its interest rate hikes.

6. The UAE and India are in talks to use rupees to trade non-oil commodities, marking another shift away from the US dollar. The move would build on an agreement signed last year, which aimed to increase trade excluding oil between the two countries to $100 billion. Get the details.

7. Crypto broker Genesis has filed for Chapter 11 bankruptcy, becoming the latest casualty of the fallout from the implosion of FTX last year. Per CNBC, the company listed over 100,000 creditors in a “mega” bankruptcy filing, with aggregate liabilities ranging from $1.2 billion to $11 billion. Read the full story.

8. The CIO at a $14.6 billion firm explained why hunting for bargain stocks right now could hurt investors in the long run. Yesterday’s market leaders like tech could be overtaken by new companies, he explained. This is where to put your money instead.

9. Goldman Sachs shared which stocks are most loved by mutual funds and hedge funds right now. In a stock picker’s environment, it’s good to know what the top stock pickers are looking at — here are 12 names they like most. 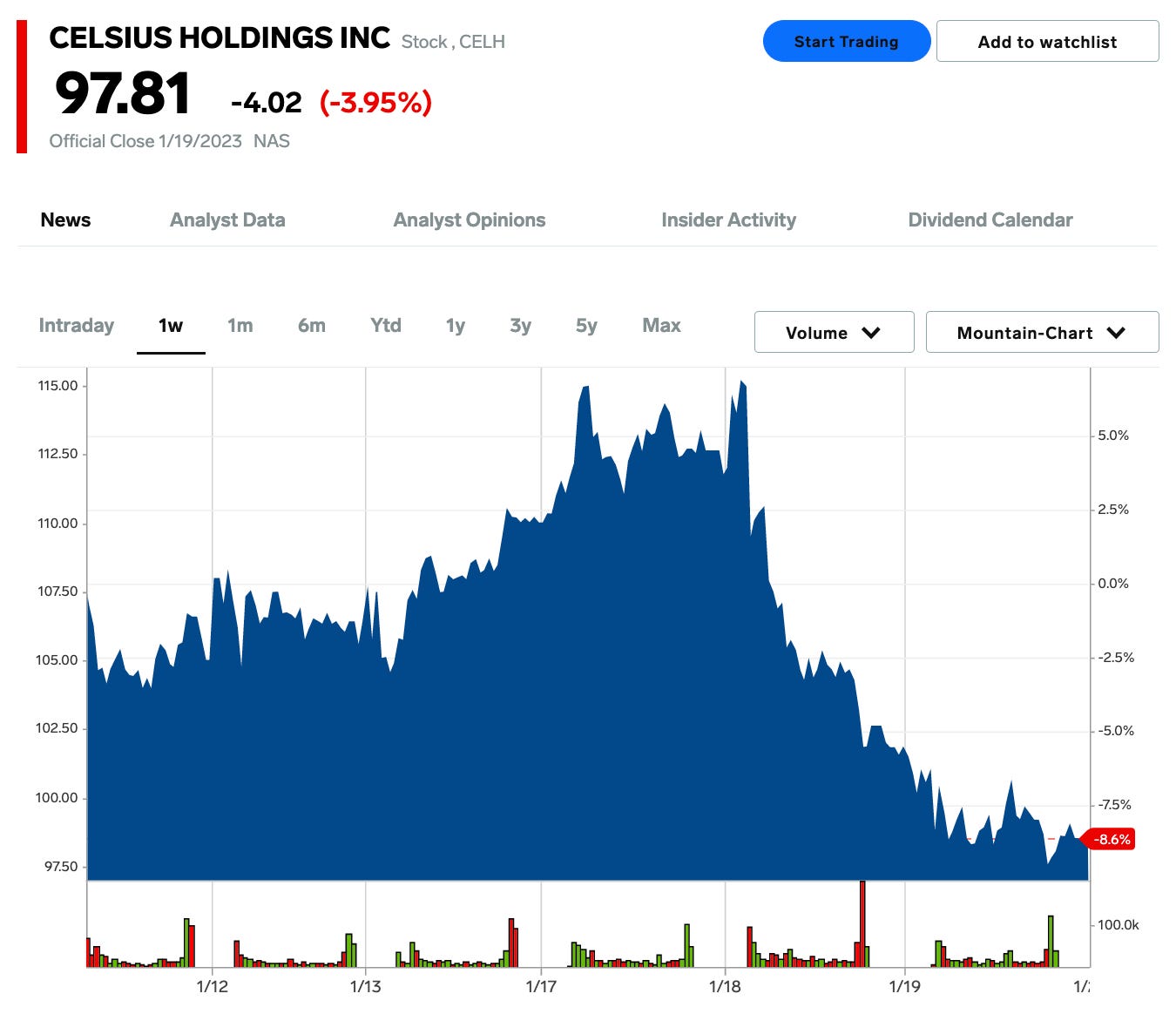 10. Celsius stock plummeted Thursday. The energy drink company was ordered to pay rapper Flo Rida $82 million in a breach of contract lawsuit. When he had first signed the endorsement deal, Celsius had a market valuation of about $10 million. Today it’s worth roughly $8 billion.