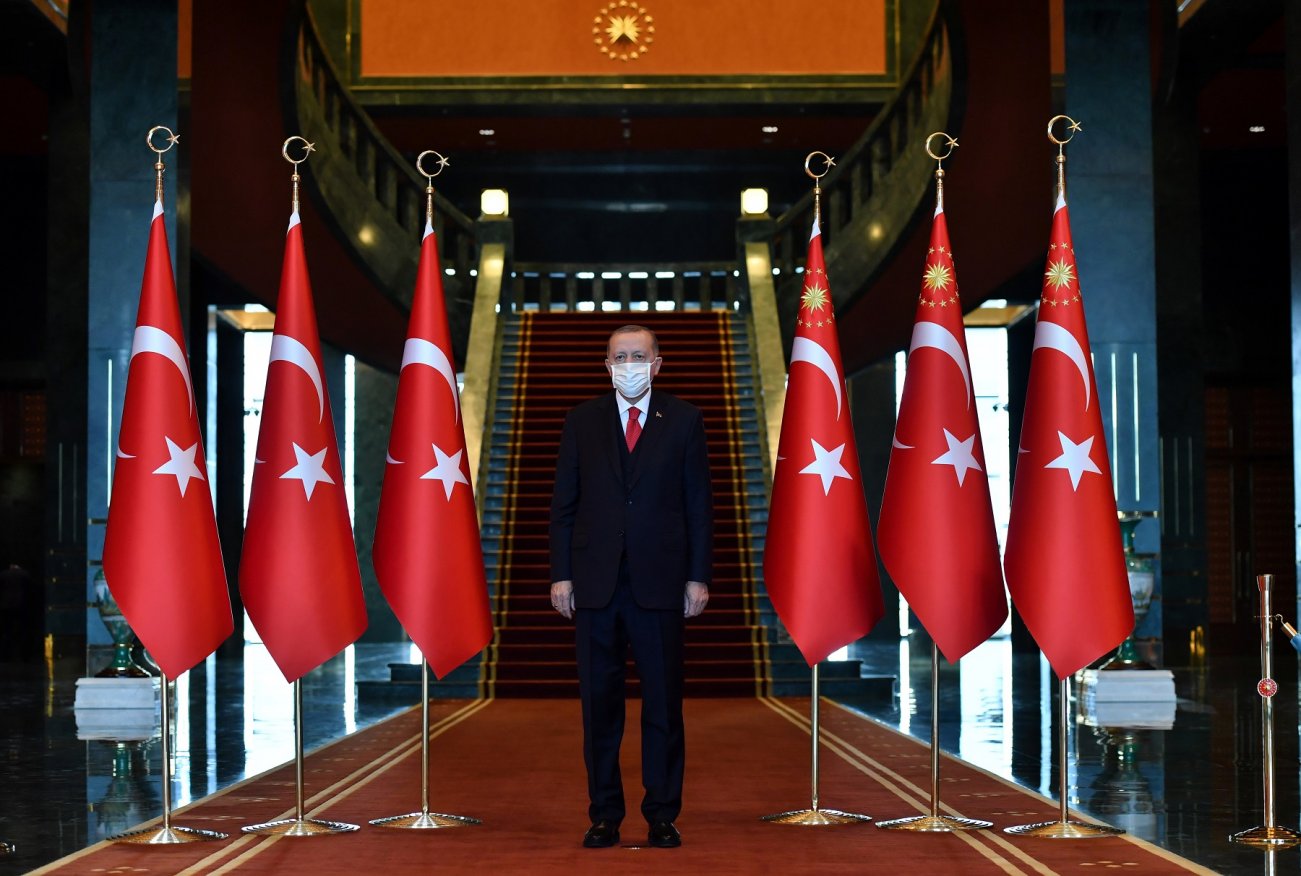 Both leaders were playing to their domestic galleries, but their harsh exchange, although not the root cause of the increasing rift between Turkey and major European countries, demonstrated the extent to which Turkish–European relations have gone downhill.

Turkey is slowly but surely drifting away from the West. The recent spat between Turkish President Recep Tayyip Erdogan and his French counterpart Emmanuel Macron is the latest example of this widening gulf.

Macron had declaimed a few weeks ago that ‘Islam was in crisis all over the world’ and had declared a war on ‘Islamist separatism’, saying that he wanted to reform Islam in France to correspond with French values. He escalated his rhetoric criticising Islam in the aftermath of the beheading of a French teacher by a Muslim radical for showing cartoons denigrating the prophet Muhammad. Erdogan reacted to Macron’s statement by remarking, ‘What is the problem of this person called Macron with Muslims and Islam? Macron needs treatment on a mental level.’ France has withdrawn its ambassador from Ankara in response to Erdogan’s statement.

Both leaders were playing to their domestic galleries, but their harsh exchange, although not the root cause of the increasing rift between Turkey and major European countries, demonstrated the extent to which Turkish–European relations have gone downhill. The fundamental Turkish grievance against Europe, especially the major powers dominating the EU, can be summed up in a single sentence one often hears from Turkish friends: ‘If we are good enough to die for Europe, why can we not live in Europe?’ The reference is simultaneously to NATO, of which Turkey is a longstanding member, and to the EU, which has denied Turkey membership despite the fact that it applied for inclusion as far back as 1987.

Many Turks conflate the two organisations given their overlapping membership. Turkey is irked by the fact that it was seen as essential to the defence of Europe against Soviet expansionism yet has been refused membership of the EU for the past four decades. What the Turks find most galling is that several former communist countries have been inducted into the EU despite their democratic credentials being not much better than Turkey’s.

The Turks sum up the main reason for their exclusion from the EU in one word: Islam. Statements made over the years by important European leaders, such as French presidents Valéry Giscard d’Estaing and Nicolas Sarkozy, that emphasise the essential Christian nature of Europe as a reason to justify the denial of membership to Turkey have augmented the Turkish perception. The EU has used Turkey’s failure to fully meet its democratic standards as the reason to deny it membership. It is ironic, however, that by putting hurdles in Turkey’s path at a time when it was seriously attempting to meet these standards, the EU has encouraged the rise of authoritarianism and jingoism in Turkey and its turn towards a neo-Ottoman foreign policy that often clashes with Western interests.

The EU’s support for Greece and Cyprus in their current dispute with Turkey over exploration of energy resources and maritime borders in the eastern Mediterranean and its threat to impose economic sanctions on Turkey on this issue have further convinced many Turks that it is religious affinity that has dictated the European stance. The admission of the Greek government of Cyprus into the EU in 2004 while Turkish accession was put on hold is seen in the same light, especially since under EU rules Cyprus has veto powers on issues relating to Turkish admission.

The EU’s stance on the Eastern Mediterranean revives Turkish memories of the European powers’ policy not only of dividing up the non-Turkish parts of the Ottoman Empire among themselves at the end of World War I but also carving up the Turkish homeland itself. The Treaty of Lausanne signed in 1920 after the Ottoman defeat ceded large parts of Ottoman territory to European powers and created large occupation zones within Anatolia. What the Turks found most infuriating was that the western part of what is now Turkey was ceded to Greece. It was only the successful war of independence launched by the Turkish army under General Mustafa Kemal (later Atatürk) that led to the establishment of the Republic of Turkey with its current borders.

While the United States had in the past been supportive of Turkish membership of the EU, over the past few years a widening gulf has opened up between the two allies. Their interests have collided over Syria, where Ankara perceives Washington’s support for the Kurdish militia, the YPG, and the consequent creation of a Kurdish enclave on Syria’s border with Turkey as threats to Turkish security because of the YPG’s links with the Kurdistan Workers’ Party, which has waged a secessionist war in Turkey for the past 35 years.

Ankara’s attempt to forge an independent foreign policy in the Middle East, often dubbed neo-Ottomanism in Western circles, has also led to a clash of interests between Turkey and the US. Turkey has taken a strident anti-Israeli stand on the Palestine issue and is locked in a fierce competition with Saudi Arabia, Washington’s primary Arab ally, for leadership of the Sunni Arab Middle East. Turkey is also seen in Washington as being soft on Iran, America’s primary antagonist in the region. The Turkish government’s decision to buy Russian S-400 missile systems in defiance of US wishes and Washington’s threat to impose sanctions on Turkey under the CAATSA Act in retaliation has created further tensions between the two countries.

While the sources of strains in American–Turkish relations are strategic rather than religio-cultural as is the case with Europe, the close alliance between the US and major European powers has led to the fusing in Turkish perceptions of deteriorating Turkish–American relations with tensions between Turkey and the European powers. This combination amplifies the narrative that Christian/Western powers will never allow Turkey to emerge as an independent power centre because of its Muslim identity, thus deepening its sense of alienation from the West.

This article first appeared on The Strategist, a publication of the Australian Strategic Policy Institute.