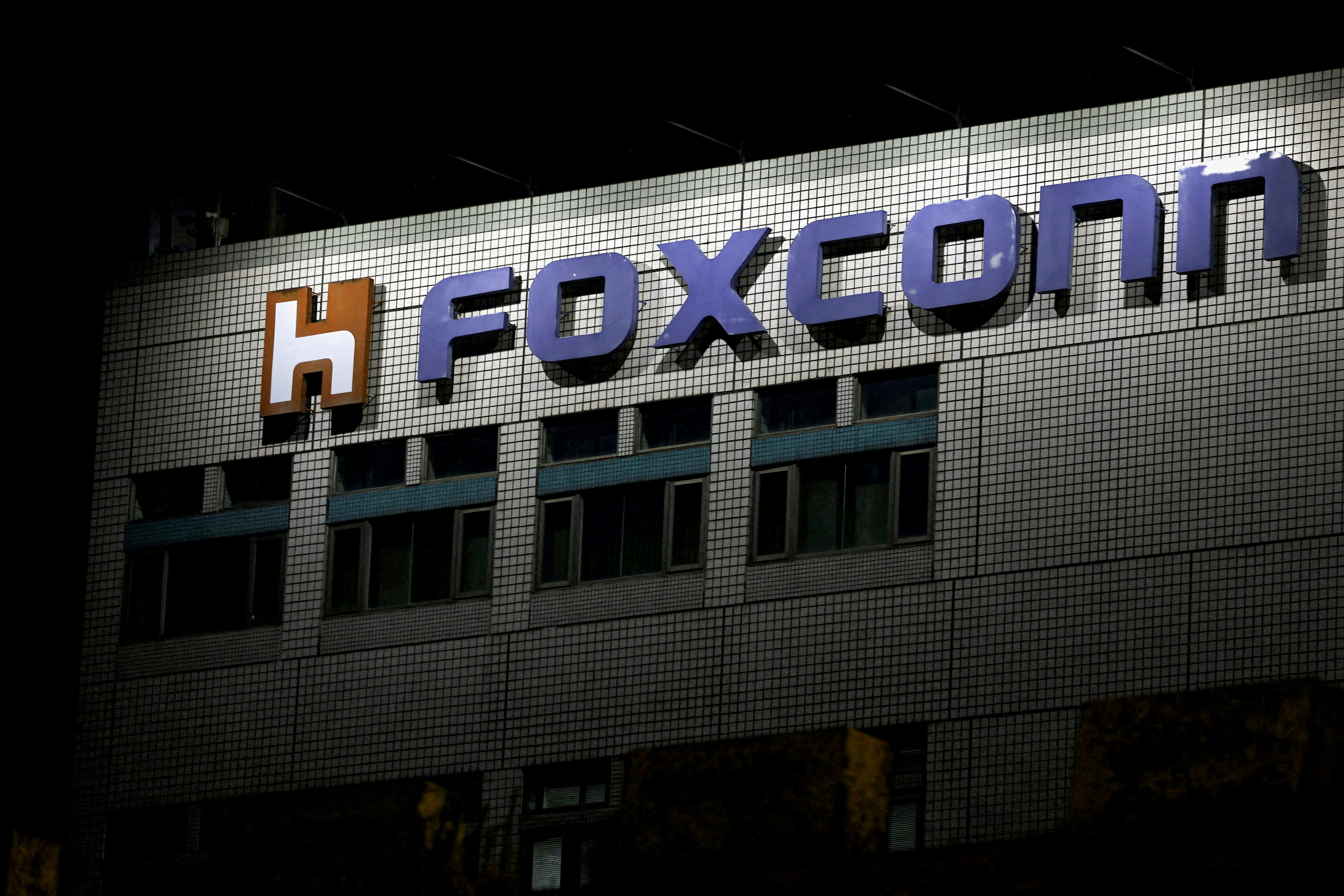 The logo of Foxconn is seen outside the company’s building in Taipei, Taiwan November 10, 2022. REUTERS/Ann Wang/File Photo/

Apple (AAPL.O) supplier Foxconn on Wednesday offered a 1,000 yuan ($141.11) award to staff who successfully recommend people to work at its plant in China’s Zhengzhou city, as it tries to replenish depleted staff numbers there after recent unrest.

The offer was made on the WeChat account belonging to the plant’s recruitment team, which said workers would receive 500 yuan if the person stayed for 15 days, and another 500 yuan if they made it to a month. Typically, a Foxconn worker makes between 3,000 to 4,000 yuan a month.

Apple and Foxconn have warned that iPhone shipments will be impacted by the events of the past month at the giant plant, which saw tens of thousands of workers flee after it was hit by COVID. Last week, violent protests erupted at the facility over a bonus issue, prompted several others to leave.

The crisis could cut production for November at the factory which employed over 200,000 people before the unrest, by at least 30%, a Foxconn source told Reuters on Thursday.

On Tuesday, it also put out a call for workers who left to return saying that the factory’s operations and life there was slowing returning to normal as the COVID situation there improved, according to a separate statement from the same WeChat account.

Zhengzhou city late on Tuesday announced the “orderly” resumption of businesses, including supermarkets, gyms and restaurants, though it also published a long list of buildings that would remain under lockdown.

On Wednesday, the Zhengzhou Airport Economic Zone where the Foxconn plant is located, said it would undertake those measures from Dec. 1.

Foxconn did not immediately respond to a request for comment on whether it the relaxation of rules would be implemented at its Zhengzhou site, or if it would continue to implement a closed loop system, which sees the company isolate the factory and workers.