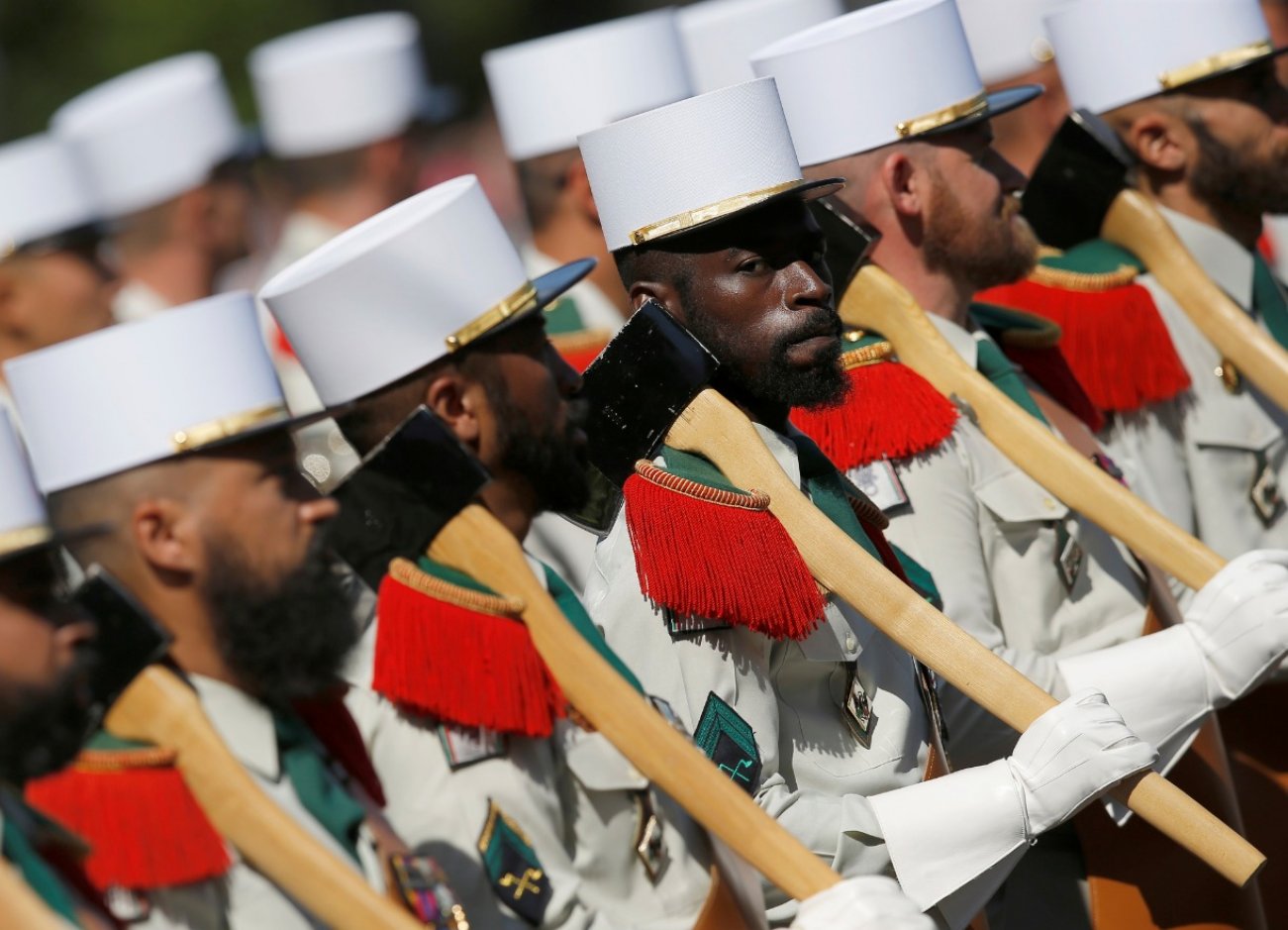 At the start of World War II, the French mobilized what was then the largest and reputed to be the strongest army in the world.

Here’s What You Need to Remember: After its African colonies were granted independence in the 1960s, France froze military pensions and cited the cheaper living costs in Africa. In the years after the Second World War, the African soldiers were never represented in the memorials or celebrations that marked the victory in Europe or the end of the war.

At the start of World War II, the French mobilized what was then the largest and reputed to be the strongest army in the world. However, the 5 million men proved unable to stop the German blitzkrieg 80 years ago. When the Battle of France ended on June 25, 1940, France was defeated, but a handful of its forces continued to fight under the leadership of General Charles de Gaulle.

Among the men who joined the cause to liberate France from the Nazis were the men of the Army of Africa, which was made up of troops from France’s African colonials. Their story has largely been forgotten.

Even before the Second World War France had recruited some five regiments of Tirailleurs Sénégalais from the North African and West African colonies, and these included not only men from Senegal but also from the Arab and Berber populations of Algeria, Tunisia and Morocco. Some 40,000 of the men were deployed on the Western Front prior to the German invasion.

Many of those men defended France in the early days of the war and some 25,000 were killed during the blitzkrieg while as many as 3,000 may have been killed after they surrendered. Thousands of others reportedly were abused, deprived of food, drink, and even shelter.

The unofficial surrogate Army of Africa actually dated back decades prior to the Second World War, and after the fall of France in 1940 the Vichy government used those troops in Africa and the Middle East to maintain control. This included French-controlled Syria and Lebanon, where the Allies mounted an offensive in June-July 1941. While it involved an odd mix of Australian, British and Indian troops, it was also noted as a campaign where Frenchmen fought Frenchmen as the forces of Vichy France and Free France engaged in battle for the first and only time of the war.

Included among the forces on both sides were Senegalese troops.

It was just the beginning of the fight for those men. As the war continued with the liberation of North Africa and Corsica, and the invasion of Sicily and Italy; the French African troops were there. Notably in the summer of 1944 the Army of Africa played a role in the invasion of the south of France. While they were a major part of the Free French forces, for nearly all of the soldiers few had ever actually set foot on French soil before taking part in the liberation. Some 40,000 of the African soldiers were killed in those campaigns.

Instead of being welcomed as heroes, De Gaulle downplayed their role and he ordered a “whitening” of troops – replacing some 20,000 Africans with white French soldiers. The Tirailleurs Senegalais troops were then segregated in French demobilizing centers waiting to go home.

On November 30, 1944, some of the men mutinied, demanding equal pay and the same treatment as their French counterparts. French soldiers then fired on them and as many as 400 of the African soldiers were killed.

Their mass grave has never been found.

After its African colonies were granted independence in the 1960s, France froze military pensions and cited the cheaper living costs in Africa. In the years after the Second World War, the African soldiers were never represented in the memorials or celebrations that marked the victory in Europe or the end of the war.

Only in 2017 did then-President Francois Hollande honor surviving African veterans at a ceremony in the Elysée Palace in Paris, finally acknowledging, “France is proud to welcome you, just as you were proud to carry its flag, the flag of freedom.”