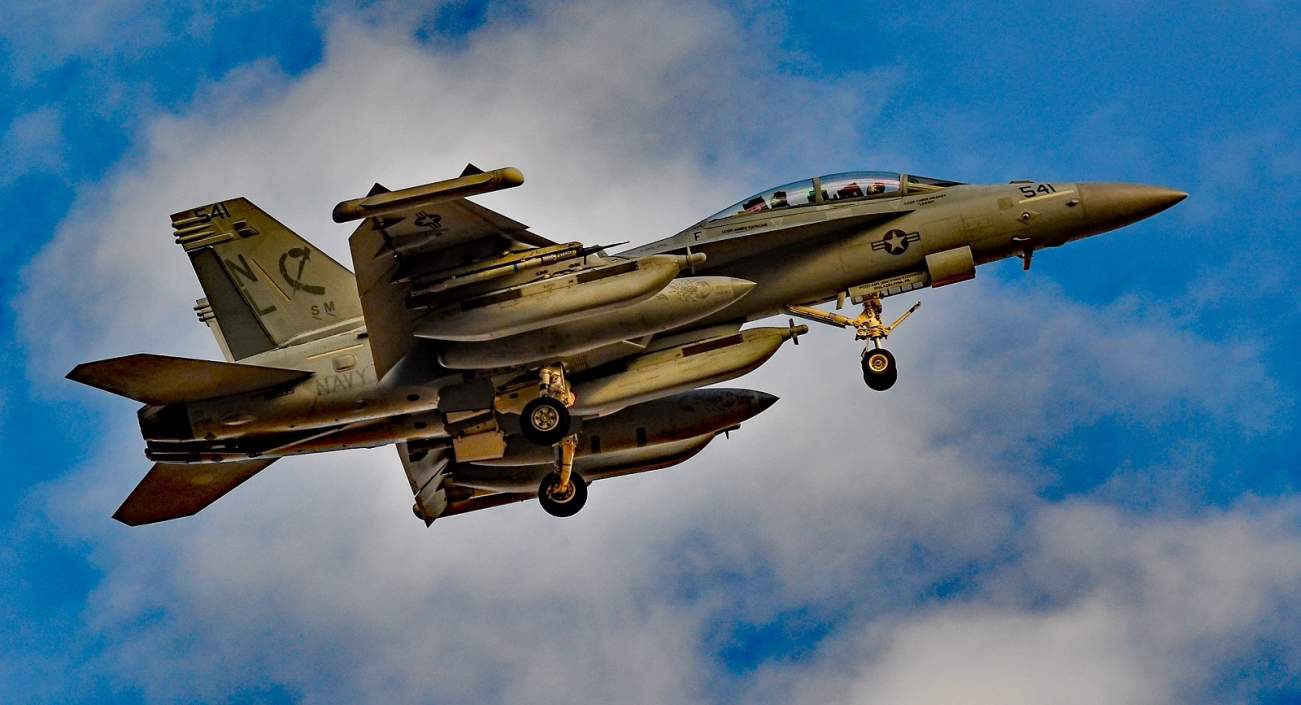 Meet the Growler–and China is making their own version.

The United States Navy’s EA-18G Growler electronic attack fighters are one of a small number of military aircraft types dedicated to the task of jamming—and potentially destroying—hostile radars that could guide deadly surface-to-air missiles against friendly aircraft. This mission is known as Suppression of Enemy Air Defenses (SEAD). Basically, if a modern air force wants to attack an adversary with significant antiaircraft defenses, it needs an effective SEAD game to avoid insupportable losses.

The Growler is derived from the F-18 Super Hornet fighter, and is faster, more maneuverable, and more heavily armed than preceding aerial jamming platforms based on transport and attack planes. This allows the Growlers to contribute additional firepower to strike missions, keep up with fighter planes they are escorting, and potentially approach a bit closer to hostile air defenses

China’s aviation engineers have never been too proud to copy a good idea from abroad, usually modified with “Chinese characteristics.” Perhaps it is not surprising that they appear to have devised a Growler of their own.

The aircraft in question is a variant of the two-seat J-16 Red Eagle strike plane—itself a Chinese copy of the Russian Sukhoi Su-30MKK Flanker. The two-seat Red Eagle is roughly comparable to the American F-15E, and improves upon the Russian original with new avionics including an Active Electronically Scanned Array radar (AESA), the current state of the art in fighter-based radar technology. While China has had major problems developing reliable high-performance jet engines, it’s more successful at producing advanced electronics, perhaps due to crossover with its civilian electronic sector.

The J-16D variant—the “D” in the designation comes from the Chinese word for “electronic,” diànzǐ—made its first flight on December 18, 2015. Photos were released to the public three days later. Let’s go over the admittedly short list of what the photo tells us.