Listen to this article
The members of the Yemeni government’s newly formed Cabinet, including Prime Minister Maeen Abdulmalik Saeed, were greeted with a loud explosion soon after its plane landed Wednesday in the city of Aden, in what an official is calling a “cowardly terrorist attack carried out by the Iranian-backed Houthi militia.” 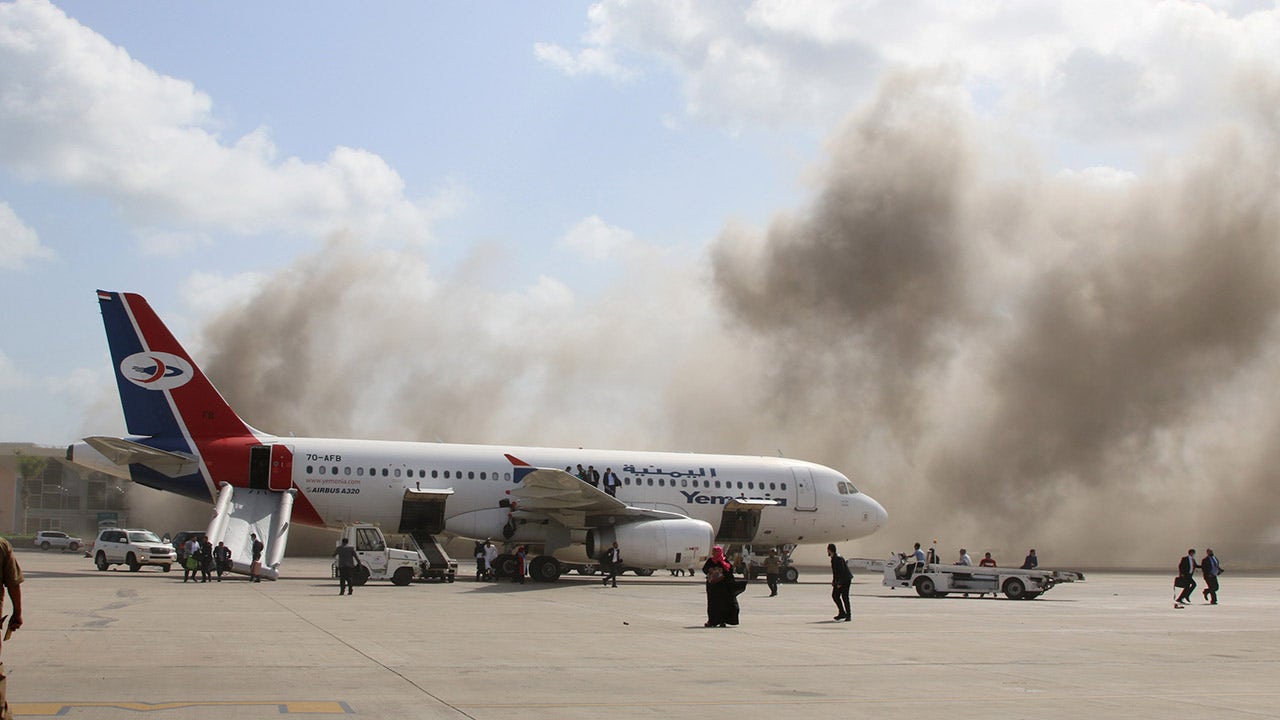