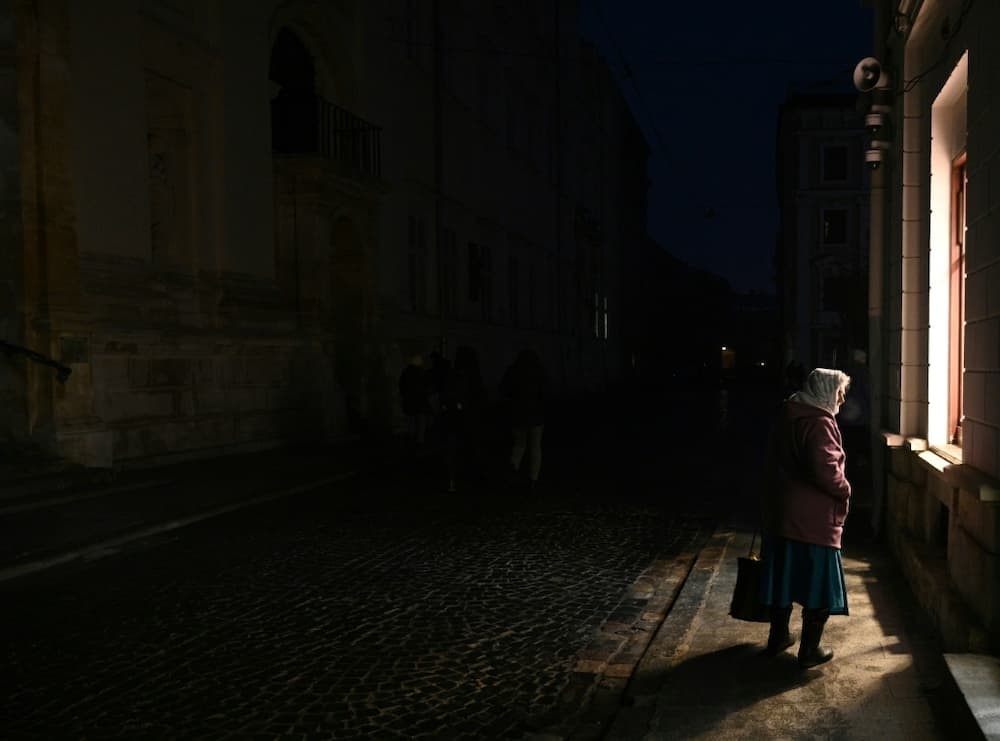 President Volodymyr Zelensky has said Russia will launch another wave of mass-missile attacks “for sure.” He urged people to prepare as best they can and look out for the country’s most vulnerable citizens.

“We understand that the terrorists are preparing new strikes,” he said during his daily address on Sunday Nov. 27.

“We know that for sure. And as long as they have missiles, they won’t stop, unfortunately.”

Why is this week any different?

In one sense it isn’t – Ukrainians are now grimly accustomed to almost weekly mass attacks from Russia targeting civilian infrastructure, which began in earnest on Oct. 10.

What is changing is Ukraine’s ability to recover from such strikes and, with each one, the country’s energy system is getting weaker and weaker.

Last week’s attack on Nov. 23 was particularly devastating, leading to blackouts across Ukraine and the temporary disruption of water supplies in cities including the capital, Kyiv.

Two days after the strikes, six million households were still without power and rolling blackouts are still being imposed to reduce the strain on the struggling grid.

“The upcoming week can be as hard as the one that just passed,” Zelensky said.

What did Zelensky say about vulnerable people?

Compounding the effects of Russia’s attacks, temperatures plummeted across Ukraine last week with snow and just above freezing temperatures during the day.

This week’s temperatures are forecast to drop to minus 4 Celsius overnight so households without gas may struggle to heat their homes if they have no electricity.

Zelensky said that by helping each other and remaining united, Ukrainians could get through the latest challenge in the war, namely “Russia’s attempt to use the cold against people.”

“Our ability to help one other and take care of the most vulnerable – the elderly, families with children, those who lost homes and relatives in the war – our mutual assistance is one of the elements of protection against terror and is our strength,” he added.

Last week, the World Health Organization (WHO) said the Ukrainian health system is facing its “darkest days in the war so far,” with millions of people at risk from a “life-threatening” cold season.

The WHO has forecast that around 2-3 million Ukrainians will leave their homes this winter in search of warmth and safety in other European countries, but many millions more will stay.

What are people doing to prepare?

Usually a day for snapping up the latest deals on big ticket items like TVs, mobile phones or the latest designer clothes, this year it was an opportunity for people to stock up on the essential items they need to get them through what will be a brutal and punishing winter.

The most popular items being sold were candles, power banks and thermal clothes.

What is the Ukrainian government doing to prepare?

Kyiv is demanding more air defense systems from the U.S. and European countries.

NATO allies have already funneled billions of dollars’ worth of arms to Ukraine to help it fight back against the invasion, including modern air defense systems. But, as is demonstrated every time Russia manages to degrade Ukraine’s energy infrastructure, it’s not yet been enough.

Germany has provided Kyiv with medium-range Iris-T system as part of an effort by Western nations to bolster Ukraine’s protection against Russian strikes, AFP reports.

But the U.S. and other NATO allies have so far steered clear of sending the long-range Patriot system to Ukraine which would be a potential be game-changer.

The American system is a key part of the alliance’s air defenses for its eastern flank. Washington has already deployed Patriot missiles to Poland, while Berlin has deployed them to Slovakia.

NATO chief Jens Stoltenberg said on Friday Nov. 25, he would urge NATO foreign ministers meeting in Bucharest this week to “step up deliveries to Ukraine.

The best way to increase the chances for a peaceful solution is to support Ukraine,” he said. “So, NATO will continue to stand with Ukraine for as long as it takes. We will not back down.”

What has Russia said?

Moscow insists it is targeting only military-linked infrastructure and has blamed Kyiv for the blackouts, saying Ukraine can end the suffering by agreeing to Russian demands. But the strikes are a sign of desperation from the Kremlin, coming in the wake of a string of military setbacks and retreats on the frontlines.

What is the world saying?

Ukraine’s Western allies have denounced the Russian attacks on energy infrastructure as a “war crime.”

The post EXPLAINED: Why Zelensky Warns of Especially Difficult Week Ahead for Ukraine appeared first on Kyiv Post.