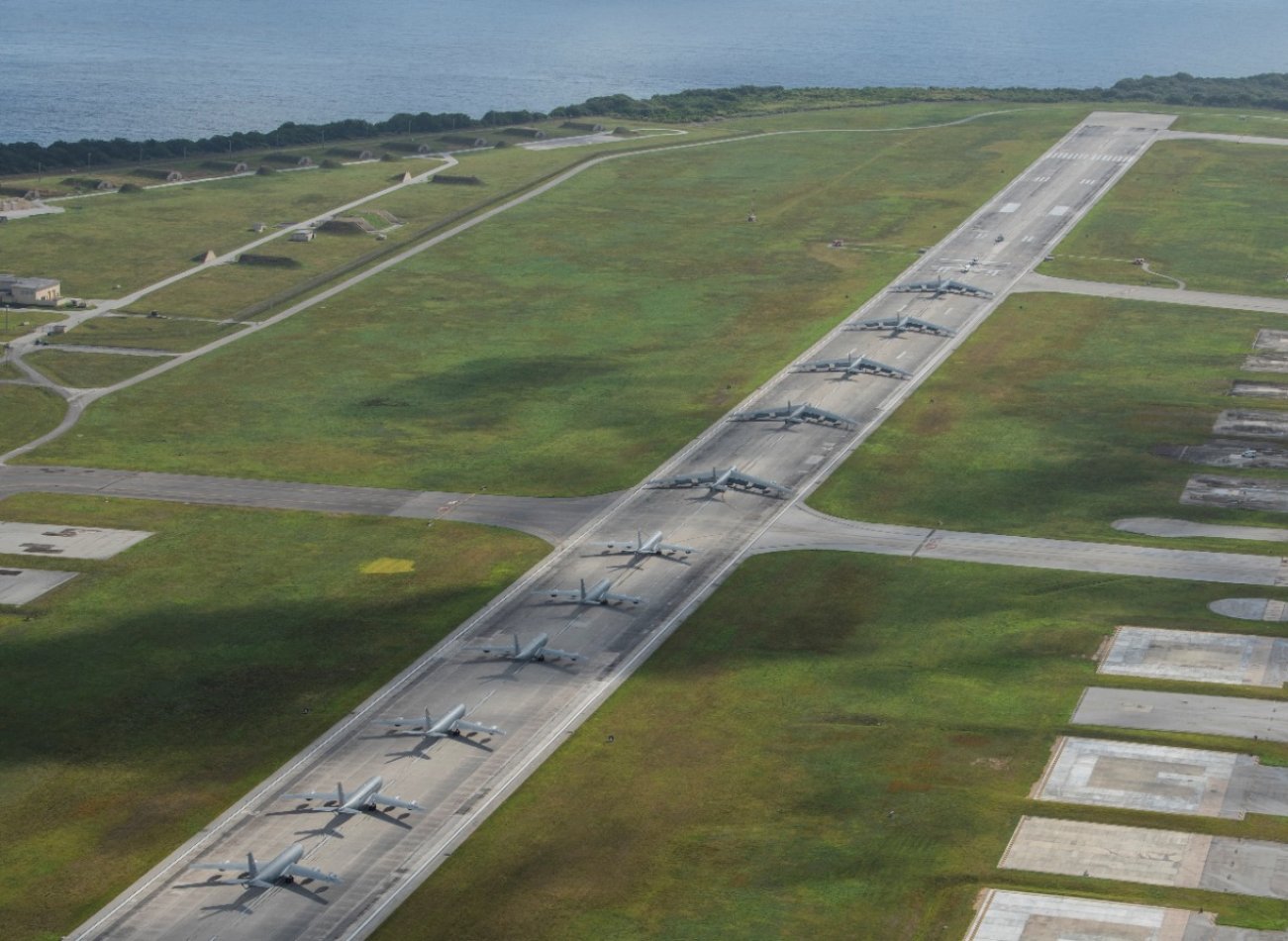 While the main threat to military facilities may come from enemy ballistic and cruise missiles, it is time to consider the possibility of unconventional attacks involving small drones and infiltrators.

Here’s What You Need to Remember: As both services will need to invest most of their limited resources to defend against uniquely military threats—enemy combat aircraft, cruise missiles, mortars, and rockets—leveraging the USBP’s investment in existing and proven autonomous surveillance could be a prudent solution and a fiscally responsible course of action.

The U.S. military is looking to expand its forward deployments with a heavy emphasis on mobile operations and expedient basing. These are central to the Marine Corps’ new warfighting concept, Expeditionary Advanced Base Operations. Army leaders have long insisted on the need to disperse formations and logistics, constantly moving their forces to avoid detection and attack. The same is true for the Air Force, which has experimented with operating combat aircraft from non-traditional airfields.

All the services understand that both their legacy fixed facilities (such as Guam) and new expedient bases will be subject to an expanded array of threats, including attempts by unconventional forces to penetrate their perimeters. Expedient bases face the additional challenge of providing perimeter security while simultaneously setting up a new base, conducting missions, and eventually conducting a withdrawal.

While the main threat to military facilities may come from enemy ballistic and cruise missiles, it is time to consider the possibility of unconventional attacks involving small drones and infiltrators. Last year a THAAD missile defense battery on Guam was repeatedly “buzzed” by a number of small drones of unknown origin. Military personnel in nearby guard towers observed these strange incursions but were unable to detect their approach, intervene, or determine their ultimate destinations. Countering unmanned aerial systems (C-UAS) is certainly important, and there are a number of solutions. But before security forces can defeat the UAS threat, they need to detect, identify, and track them.

AFWERX, the Air Force’s innovation incubator, has initiated a base of the future initiative designed to address challenges to the continuing operation of its facilities. The effort is currently focused on Tyndall Air Force base, which suffered damage in a 2018 hurricane as severe as any military facility might suffer in a future high-end conflict. The initiative has identified six challenges, of which Base Security and Defense topped the list.

In parallel, the Marines are looking to similarly protect their expeditionary installations through a program newly renamed the Mobile All-Domain Operational Surveillance System (MA-DOSS). There are four sizes of MA-DOSS: Heavy (relocatable towers), Medium (vehicle-portable systems), Light (unmanned amphibious systems), and Ultra-Light (man-carried systems). Ranging in size from 30 pounds to seven tons, this system of systems would involve an array of sensors—cameras, RF detection, signals collection—to detect, identify, classify and track potential threats, including UASs. Armed with this knowledge, the Marines will have ample time to deter or destroy adversaries attempting to attack their operating bases

As a result of supporting U.S. and allied forces in Southwest Asia for some 20 years, and the U.S. Border Patrol (USBP) for even longer, the U.S. defense industrial base has tremendous experience in providing rapidly deployable security solutions for both fixed and expedient facilities. This knowledge should be exploited by the U.S. military as it develops concepts of operations and force structures.

High-tech surveillance is critical to securing U.S. borders and, by extension, overseas facilities. USBP currently operates a sophisticated surveillance system including fixed and movable towers equipped with multiple sensors and communications relays; various mobile and man-portable surveillance; unattended ground sensors; tethered aerostats; manned aircraft; and drones. Two of USBP’s premier surveillance systems are the Remote Video Surveillance System (RVSS) and the Integrated Fixed Towers (IFT). Primarily fixed, these systems are equipped with sensors including visible light and infrared cameras, plus radars, to detect, identify and track people and vehicles approaching the U.S. southern border. Smart software with machine learning is used to remove false alarms. This largely autonomous system only notifies border agents when an item of interest is real, and requires either interception by or assistance from agents. Some 200 towers have been deployed so far.

In response to USBP’s need for greater autonomy, mobility, and tactical flexibility, both relocatable and mobile surveillance towers have been developed. The contractor for the RVSS program, General Dynamics, has developed and deployed a number of trailer-mounted, relocatable towers. Similarly, Elbit America, which builds the IFTs, has developed the same types of towers, along with vehicle-mounted mast systems and unattended ground sensors. Both systems incorporate improved AI with machine learning capabilities. A fixed version of RVSS or IFT would be effective in protecting fixed facilities. A mobile version of these systems could be a central element of the capability to provide perimeter security for expedient bases.

USBP has been so pleased with its efforts to deploy fixed and movable surveillance towers that it has now created a program of record, the Automated Surveillance Towers system. This system will use cutting-edge electro-optical sensors and radar, operate with 100 percent renewable energy, and provide autonomous surveillance operations 24 hours a day, 365 days a year.

USBP continues to invest in a number of systems that could be leveraged by the Air Force and Marines to meet some of their surveillance needs for base and force protection. The U.S. military should examine what other government investments have already been made to solve similar problems. Like the military, the USBP operates in a wide variety of environments—maritime, desert, mountains, etc.—each with its own unique challenges and constraints. It has practiced rapidly setting up, operating, and then relocating these towers in response to changing threats.

Between these towers and mast systems alone, the Marines could find something capable of satisfying its Heavy and Medium MA-DOSS needs—in large part, if not completely. So could the Air Force, at least when considering how to counter threats at the lower end of the technological spectrum.

As both services will need to invest most of their limited resources to defend against uniquely military threats—enemy combat aircraft, cruise missiles, mortars, and rockets—leveraging the USBP’s investment in existing and proven autonomous surveillance could be a prudent solution and a fiscally responsible course of action.

Dan Gouré, Ph.D., is a vice president at the public-policy research think tank Lexington Institute. Gouré has a background in the public sector and U.S. federal government, most recently serving as a member of the 2001 Department of Defense Transition Team. You can follow him on Twitter at @dgoure and the Lexington Institute @LexNextDC. This article first appeared last year and is being republished due to reader interest.