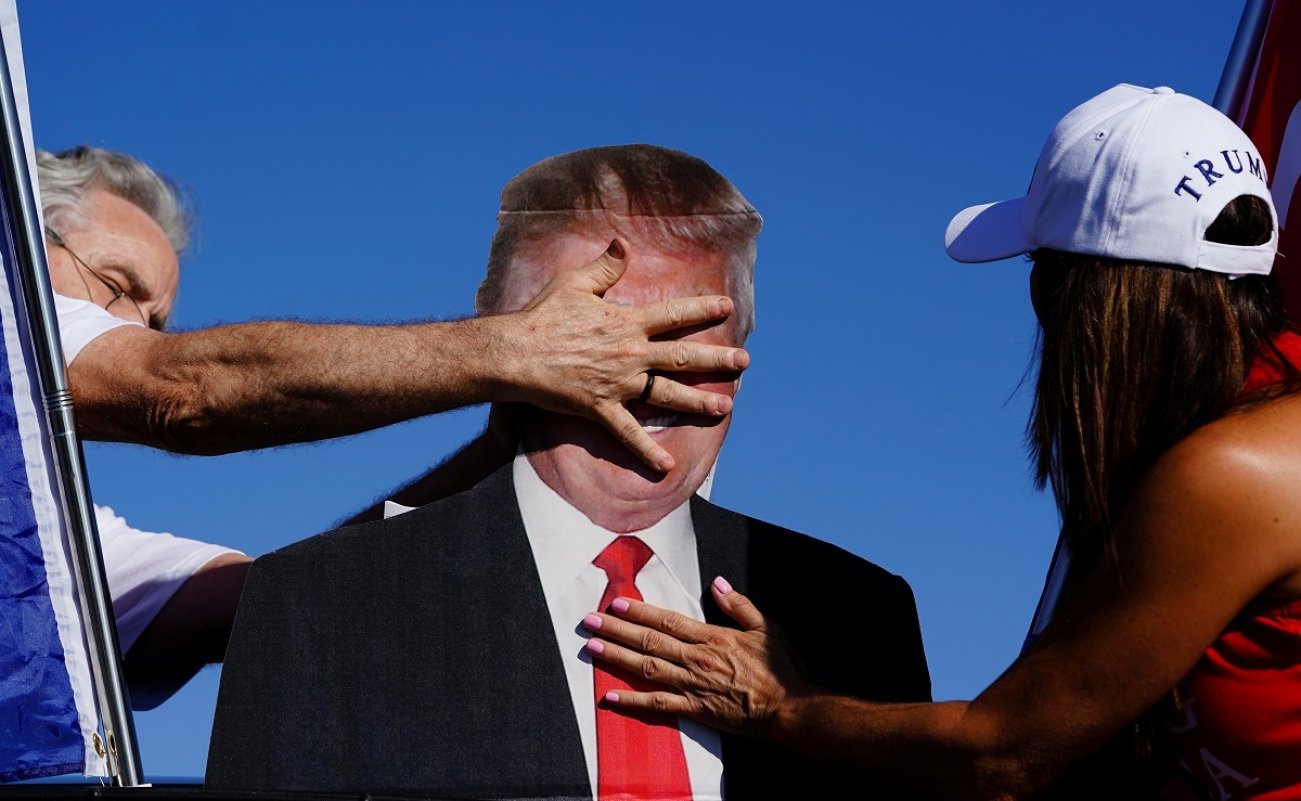 How Trump will fare this fall remains an open question. But with his campaign in dire financial straits and pulling ads off the air in Arizona, his prospects do not appear auspicious. As the election looms larger, his predicament is unlikely to ease.

It was vintage Donald Trump at the White House on Labor Day. Even as Joe Biden was campaigning in Pennsylvania to beef up his outreach to union members, Trump ambled out to the North Portico of the White House for a press conference, where he addressed the subject of his postmaster general Louis DeJoy—and promptly threw him to the wolves. Asked if DeJoy should be investigated, Trump didn’t hesitate: “Sure, sure, let the investigations go.”

This from a president who has spent much of his tenure assailing a variety of investigations directed at the White House? When it comes to his subordinates, however, Trump does not appear to feel the same degree of outrage. DeJoy, he indicated, should be tossed out “if something can be proven that he did something wrong.” When the most that Trump can say about you is that you’re “a very respected man,” you know that trouble looms. Soon Trump may allege that he never even really heard of DeJoy.

If DeJoy, who allegedly shook down his employees as CEO of New Breed Logistics for campaign donations to the GOP, has only himself to blame for his joyless predicament. Anyone who signs up to work for Trump knows full well that loyalty to his subordinates is not among his principal distinguishing qualities. Quite the contrary. The list of employees who have been thrown overboard by Trump could probably stock an entire season of reality shows.

Not only did Trump essentially dismiss DeJoy, but he also confirmed his antipathy for the military brass during his press conference. His view of the officials that work for him could best be described as tepid. He declared, “I’m not saying the military’s in love with me—the soldiers are. The top people in the Pentagon probably aren’t, because they want to do nothing but fight wars so that all of those wonderful companies that make the bombs and make the planes and make everything else stay happy.” Left unsaid in these remarks was that Trump himself has appointed “the top people in the Pentagon.”

Perhaps the most peculiar part of Trump’s rambling press conference, if that is the right term, came during his eupeptic remarks about the coronavirus. He seems to believe that the virus is already on the way out. The only problem, we were told, is that Joe Biden and Kamala Harris are casting doubt on the efficacy of a vaccine that’s pushed out in the next week. Trump accused them of “reckless anti-vaccine rhetoric”—though in the past he has been quite condemnatory of vaccines in general. He also referred to Biden as “stupid.”

By contrast, Trump, who has referred to himself as a “very stable genius,” assured everyone that all is well.  “The vaccine will be very safe and very effective and it’ll be delivered very soon,” he maintained. “You could have a very big surprise coming up.” Talk about the triumph of hope over reality. No credible public health official believes that a vaccine can miraculously be produced in the next few weeks, or at least one that will put an end, once and for all, to the pandemic—and even if one does go into production, it will require an enormous effort to distribute it effectively. According to a USA Today/Suffolk University poll, two-thirds of voters indicate that they will not move quickly to obtain a vaccine dose. One in four say they will never consent to it.

Right now, it appears that the administration is not taking the precautionary measures that are imperative to avoid a resurgence of the pandemic this fall. The University of Washington modeling predicts that up to 410,000 Americans may die this year. On the matter of producing a vaccine overnight, Trump is in essence a party of one.

How Trump will fare this fall remains an open question. But with his campaign in dire financial straits and pulling ads off the air in Arizona, his prospects do not appear auspicious. As the election looms larger, his predicament is unlikely to ease.

Jacob Heilbrunn is editor of The National Interest.