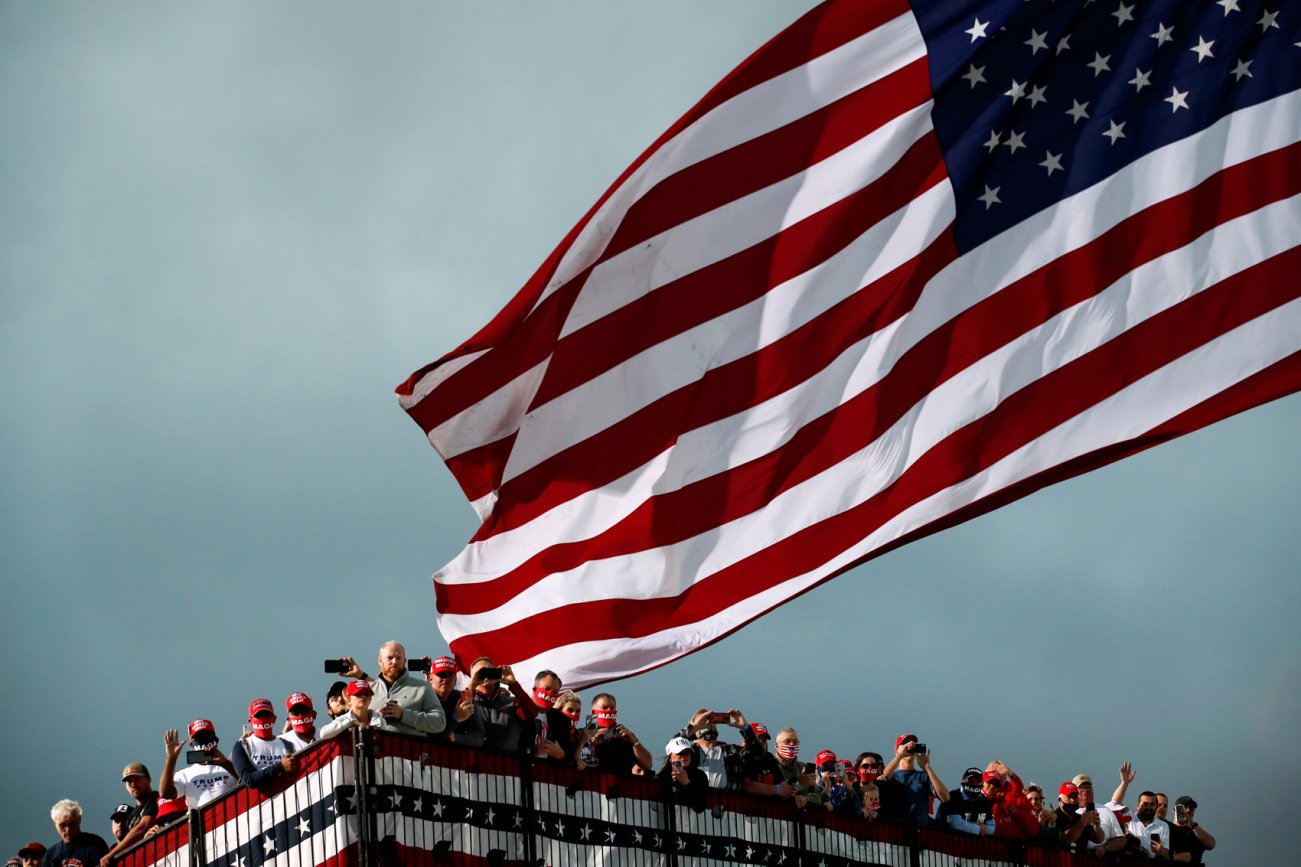 Currently ravaged by rioting, acrimonious domestic debates about the future of the country, and possibly the least effective coronavirus response on the world stage, the myth of American exceptionalism has never carried less cachet in policy discussions than now.

General trends regarding the U.S. position in world order have been moving downwards for some time. In July, Iran and China ramped up rhetoric related to the signing of a trade and security pact that would extend workarounds to the economic blockade placed on Tehran by U.S. sanctions. Meanwhile, in the Mediterranean, Egypt and Turkey seem to be entering a post-American regional rivalry over the fates of the different factions left behind by the botched NATO intervention of 2011. U.S. diplomatic influence is on the wane. It is in decline precisely because of its militarized interventionism and over-reliance on economically disruptive sanctions.

Clearly, a change is in order. But the ideology of American Exceptionalism often obfuscates how to go about changing it. Dominant commentary is often beholden to dialogue affirming that the United States is a uniquely virtuous and exceptional model of policymaking that sets an example for widely diverse societies all around the world.

This is a flawed assumption.

Currently ravaged by rioting, acrimonious domestic debates about the future of the country, and possibly the least effective coronavirus response on the world stage, the myth of American exceptionalism has never carried less cachet in policy discussions than now. Those who seek policy alternatives have now been given an opportunity to put forward constructive alternatives to move the international posture of the United States away from endless wars and being locked in with questionable and seemingly permanent alliances—and towards sustainability and flexibility in the service of core interests.

Earlier this year, the Quincy Institute released a plan for dramatically re-orienting U.S. goals in the Middle East. This plan recognizes that most U.S. interventions in the region after the First Gulf War have been disastrous for both the region and the greater U.S. position in the world. It calls for more diplomacy and trade across the region and less involvement in regional proxy wars such as the debilitating rivalry between Saudi Arabia and Iran.

A new national security strategy should recognize that the United States has a uniquely favorable geographic position on the world stage as the unquestioned dominant power of the western hemisphere. The central belt of North America, over which it holds sway, is economically productive and rich in population and resources. These physical attributes, rather than brand marketing or ideological alignments, play the most vital role among the country’s ‘exceptional’ attributes. U.S. geography is a critical factor in securing worldwide maritime commerce. Its economic power is so far unmatched.

The flipside of the coin is that in many ways this favorable position has given way to hubris that diverts a disproportionate amount of state revenue to defense while civil society and domestic infrastructure fall behind.

In order to justify this bloated Pentagon budget, more foreign monsters of decreasing relevance to U.S. security issues are invented. Adrift without a “worthy foe” capable of holding at least some of its instincts in check since the end of the Cold War, the United States has sought to weaponize its internal ideologies of legitimacy by converting them into an international missionary project. Meanwhile, the U.S. position has been weakened rather than strengthened through this posture of unnecessary expansion.

For security and prosperity, policymakers in Washington would be wise to rethink their commitment to endless expansion and come to understand that the natural geopolitical advantages of the United States return a far more effective cost/benefit analysis as a reliable partner and an upholder of sovereignty whose role is to stop expansionist hegemonies by maintaining a balanced equilibrium between regional powers.

Maximum pressure on Iran has locked in Iranian hostility and favorability to geopolitical competitors such as China and Russia. The chaos caused by the U.S. ‘responsibility to protect’ in Libya has opened up a regional free-for-all and fueled the rise of the refugee crisis and its domestic spillover effects in Europe and the Middle East. There were diplomatic solutions to both of these problems originally, but they were squandered and now the results are apparent to all.

Diplomacy is a top priority, not for friends and fellow travelers involved, but for the suspicious, the recalcitrant, and the divergent. For diplomacy to work effectively, all sides involved must refrain from the constant sabotaging of internal legitimacy from their counterpart across the table. That means that those who affirm American exceptionalism must also affirm the exceptionalism of all other countries—and that those who do not must realize that when the chips are down states all have legitimate interests based on their geopolitical position.

In upholding this standard of sovereignty, diplomacy becomes easier to conduct and the results of U.S. actions less alienating to much of the patron-seeking global south. From the perspective of smaller and middle-sized countries seeking connections, all that can be exceptional about the United States is what it has to offer as an alternative to other potential patrons.

During a time when the potential for questioning long-held rhetoric is so great, this is the moment to push new discussions as we formulate a better future for U.S. grand strategy. The diplomat of the future must be a problem solver first, an advocate second, and a missionary not at all.

Christopher Mott is an international relations specialist and author of The Formless Empire: A Short History of Diplomacy and Warfare in Central Asia.