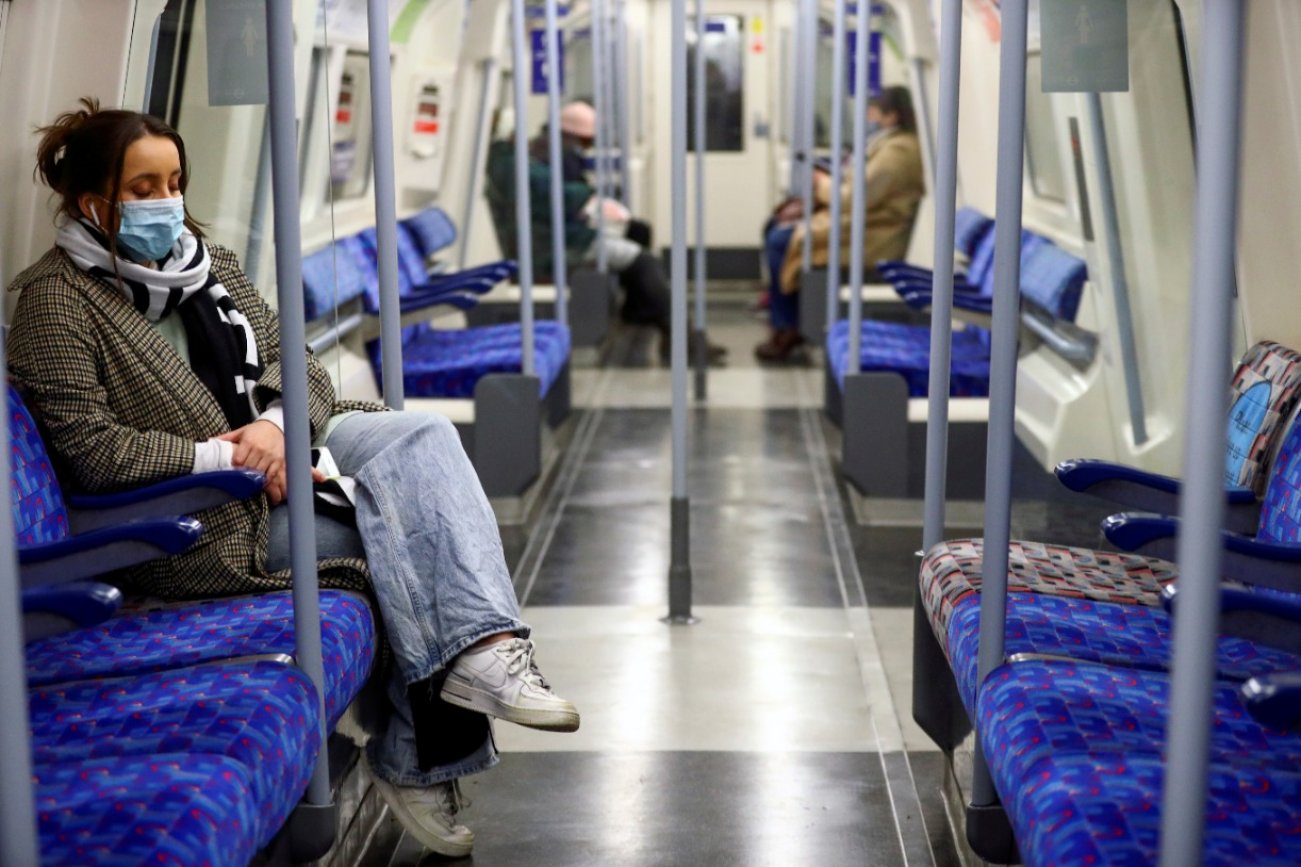 Developed in what critics say was an absence of strong national leadership, behaviors like mask-wearing and social distancing have been policed, by and large, by people themselves.

Through much of the last year, COVID-19 has propelled many people to accept and follow new patterns of behavior. These include wearing a mask in public, attempting to socially distance and restricting groups to smaller numbers.

Developed in what critics say was an absence of strong national leadership, these behaviors have been policed, by and large, by people themselves – fines and other punishments are seldom enforced at an official level. Instead, nonobservance is greeted by the disapproval and occasional anger of others.

While we wait for vaccines to provide more lasting protection, these decentralized social norms have helped our collective safety. But an interesting question arises: How important are informal rules in keeping us safe, and why do people alter their behavior to follow norms when they don’t expect disobedience to be punished by authorities?

As a social scientist and lawyer, I believe the answer lies in an understudied aspect of law and society: the informal rule of law. By informal rule of law, I mean behavioral norms that evolve through the actions of people or institutions and don’t have legal force. Such norms may be written down, but they aren’t usually enforced by governments.

As the response to the COVID-19 pandemic illustrates, most people seek to adhere to common codes of behavior that they see as fair and generally in everyone’s best interest. This includes how we wait in lines or many aspects of how we speak with each other. These norms don’t generally depend on the threat of state law enforcement to be pervasive or meaningful.

Since the pandemic hit the U.S. last March, in my area of western Massachusetts, individuals and businesses have put into place patterns of expected social behavior markedly different from what was present earlier.

Because of this, most people I see wear face masks, stay at least six feet away from others and wait in orderly lines to enter and move through stores and other public places. This chimes with national surveys that show that, as 2020 passed, an increasing number of Americans adhered to patterns of behavior such as mask-wearing in stores.

The key is that such rules emerged somewhat organically through civil society. There has been limited action at a federal level, and while state mandates have been issued – in some cases reluctantly – often it was left largely to people themselves to govern their own response, especially in the early stages. An analysis by the European think tank Bruegel found that in many instances social distancing occurred before government intervention. “In the absence of government action, if individuals are informed about risk, they seem to choose to engage in social distancing,” researchers concluded.

Granted, the informality of such rules has led to public disagreements, even arguments, and local authorities have stepped in to underscore social distancing rules. But often, this happened only after the rules themselves emerged.

In short, the pandemic demonstrated the evolution of an informal rule of law that initially was promulgated, contested and enforced mostly independently of American governments, courts and police.

The speed at which the informal rule of law was accepted by many with respect to COVID-19 should remind us that human societies are capable of self-regulation to a fairly effective extent. My local area, and many others, pushed back the pandemic during the first wave mostly by the rapid spread of rules of behavior that required self-sacrifice but served the public interest. As Cambridge economic epidemiologist Flavio Toxvaerd recently noted in a study on the impact of behavior on disease: “Spontaneous, uncoordinated social distancing…acts to flatten the curve of the epidemic by reducing peak prevalence.”

Being part of the informal rule of law can be uplifting. Indeed, the feeling of satisfaction that people I know have voiced in making a difference in preserving lives by adhering to social distancing norms is at least a small piece of agency against the terrible traumas and death toll the pandemic has wrought.

Yet the informal rule of law has its limits. These are also clear in a wide-reaching crisis like COVID-19. First, enforcing informal rules is challenging, as many know from the discomfort we experience in trying to get others to wear masks. Important political thinkers have argued for centuries that one big reason that people need government is to adjudicate critical rules effectively and unbiasedly, and punish important violations. The informal rule of law during the pandemic has helped reduce the spread of cases. But research has shown that mandates could be more effective. And institutions of enforcement still seem needed when people truly diverge on informal legal behavior, as we have seen in some areas with large COVID-19 outbreaks in the U.S.

More significantly, a major crisis like the pandemic is too widespread and complex to be regulated fully through local and consensual informal rule of law. Many aspects of fighting the pandemic far exceed what can be achieved by ordinary people or communities. It requires data on cases, research on the disease and how to combat it, the distribution of critical supplies and the accumulation of expert knowledge.

Because key aspects of the COVID-19 pandemic depend on such larger-scale action and expertise, the role of the informal rule of law works best alongside formal actions of leaders and institutions.

Nonetheless, the supporting role of the informal rule of law merits attention. With so many large challenges facing the U.S. and the world today, it is easy for people to feel powerless and passive. Yet, as a collection of small societies and often generous individuals, people in the part of Massachusetts where I live, and in many diverse places, have managed to put together new ways of interacting and behaving that may not be particularly gratifying. They have still saved countless lives.

[Get facts about coronavirus and the latest research. Sign up for The Conversation’s newsletter.]