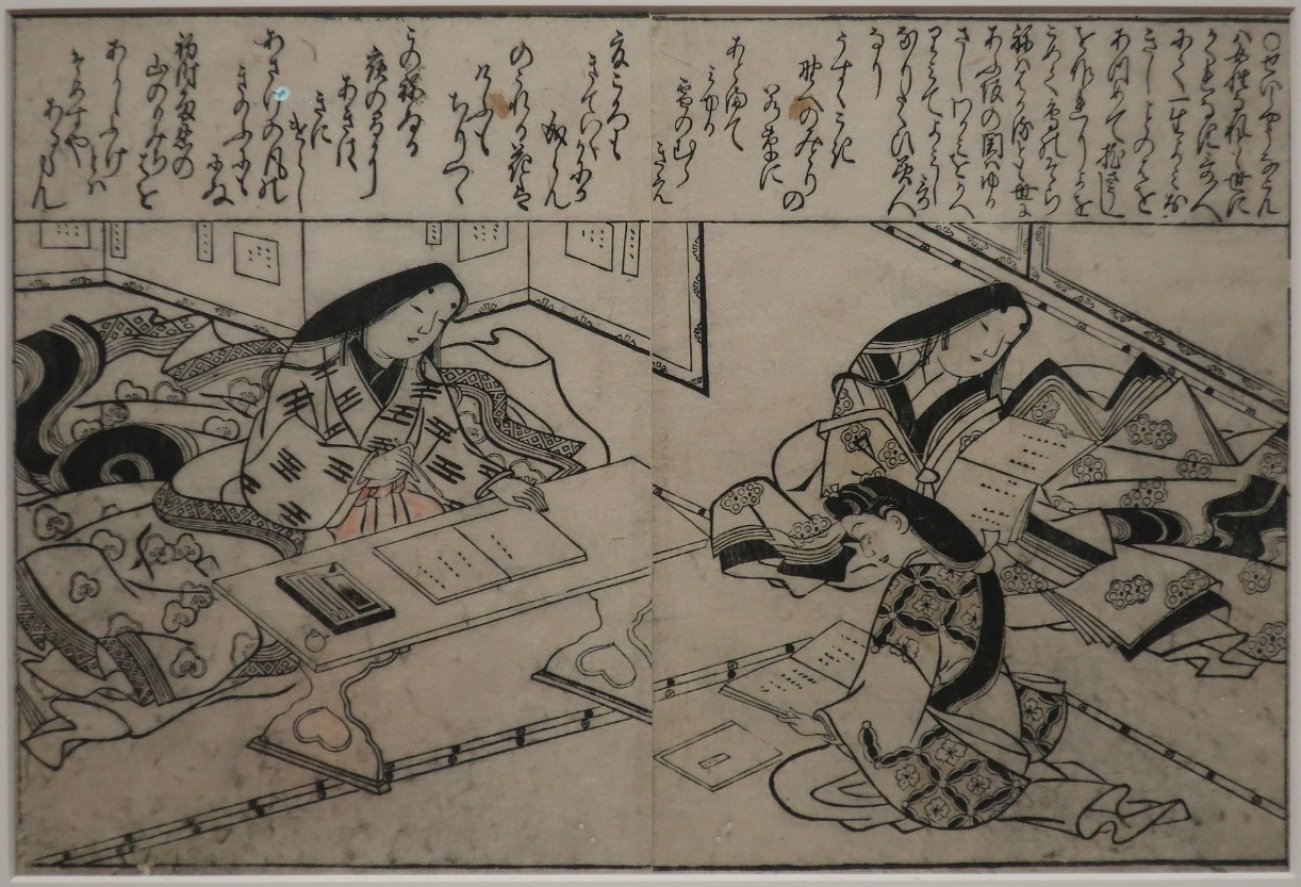 Medieval thinkers in Japan also contemplated crises within a religious framework – but their perspective was radically distinct. They regarded sudden and tragic deaths in crises as exemplifications of impermanence (無常 mujō), which is, along with suffering (苦 ku) and non-self (無我 muga), one of three marks of existence according to Buddhism.

In the midst of the COVID-19 crisis, many people who have elderly parents will share the sentiment below:

Things that make the heart lurch with anxiety: … When a parent looks out of sorts, and remarks that they’re not feeling well. This particularly worries you to distraction when you’ve been hearing panicky tales of plague sweeping the land.

You may be surprised to learn that this plangent quote comes from a text written more than 1,000 years ago by a Japanese author and court lady named Sei Shōnagon.

The medieval Japanese experienced crises that inflicted tragedies and unexpected deaths on many ordinary people. In his essay Hōjōki, for instance, the 13th-century author and poet Kamo no Chōmei vividly describes sorrows and affliction suffered by citizens in Kyoto, who experienced a series of disasters such as great fires, whirlwinds, famines, earthquakes and plagues.

In the west, life-threatening crises are often considered challenges to religious faith – how can we believe that there is an all-powerful and all-loving god if there is so much pain and suffering in the world? This is the problem of evil for believers in the Judeo-Christian tradition.

Medieval thinkers in Japan also contemplated crises within a religious framework – but their perspective was radically distinct. They regarded sudden and tragic deaths in crises as exemplifications of impermanence (無常 mujō), which is, along with suffering (苦 ku) and non-self (無我 muga), one of three marks of existence according to Buddhism.

Chōmei writes, for example, that deaths in the midst of crises are reminders that we are impermanent and ephemeral beings comparable to tiny floating bubbles in a ceaseless stream of water flowing down a river.

How did the medieval Japanese react to disasters and tragedies? Interestingly enough, some of their responses are similar to our reactions to the COVID-19 crisis.

Chōmei’s response to disasters and tragedies was to become a hermit, which is comparable to the self-isolation approach that has been recommended for the global pandemic. Chōmei maintains that the best way to live peacefully is to stay away from any potential danger and live in isolation. He chose to live a simple life in a tiny ten square-foot house in the mountains. He writes:

Small it may be, but there is a bed to sleep on at night, and a place to sit in the daytime. The hermit crab prefers a little shell for his home. He knows what the world holds. The osprey chooses the wild shoreline, and this is because he fears mankind. And I too am the same. Knowing what the world holds and its ways, I desire nothing from it, nor chase after its prizes. My one craving is to be at peace, my one pleasure to live free of troubles.

Ōtomo no Tabito, an eighth-century court noble and poet, provides a sharp contrast to Chōmei. His approach to disasters and tragedies is hedonism. He is reminiscent of people today who wilfully eschew self-isolation and instead throw parties without fearing the pandemic. One of Tabito’s waka poems reads:

Living people
Will eventually die.
Such are we, so
While in this world
Let’s have fun!

By having fun, Tabito means enjoying alcoholic drink. In fact, the above poem is among his Thirteen Poems in Praise of Sake. Tabito presents his hedonism as a form of anti-intellectualism. He says that people who seek wisdom but do not drink are ugly and that he does not care if he will reincarnate as an insect or a bird as long as he can have fun in his current life.

Which approach is more commendable? From a Buddhist viewpoint, hermitism is clearly better because Buddhism teaches its adherents to relinquish all worldly concerns. By detaching themselves from civilisation, hermits can pursue equanimity (捨 sha), a perfectly balanced mental state free of emotional disturbances. This can be cultivated to advance one along the way towards nirvana.

Hedonism is not, on the other hand, commendable because it only amplifies our worldly concerns. Hedonists cannot reach nirvana because they try to forget about impermanence only by intoxicating themselves.

Yet self-isolation may have its own shortcomings. Saigyō Hōshi, a 12th-century poet and Buddhist monk who also pursued hermitism, writes:

And vow renouncement of the world
but cannot let it go
Some who have never taken vows
Do cast the world away.

COVID-19 is certainly a new phenomenon and has presented new personal crises and worries which individuals must face. Yet classical literature reminds us that people in the past also experienced crises and catastrophes, forcing them to ponder how we should live.

Yujin Nagasawa, HG Wood Professor of the Philosophy of Religion, University of Birmingham