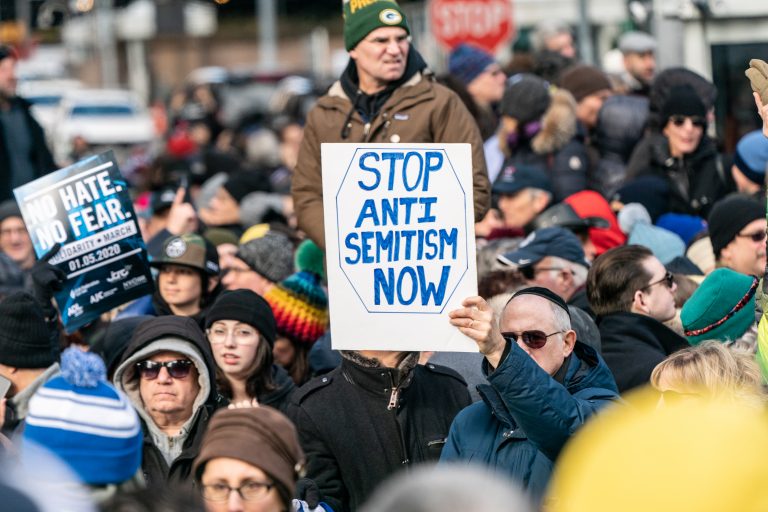 The Biden administration’s decision to launch an unprecedented investigation into Israel’s accidental shooting of a Palestinian-American reporter has landed the administration in hot water with Congress, which is signaling it will launch its own probe into anti-Israel bias and politicization at the Justice Department.

Attorney General Merrick Garland and “everyone involved in this disgraceful stunt should be investigated and then either fired or impeached,” Sen. Ted Cruz (R., Texas) told the Washington Free Beacon. The senator’s comments come just days after the Justice Department shocked the American Jewish community and Israeli government when it announced it would investigate the May 2022 shooting of Shireen Abu Akleh, a Palestinian-American Al Jazeera reporter who was killed during a standoff between Israeli forces and Palestinian terrorists. Congressional investigators want to know who signed off on this investigation and whether it was motivated by anti-Israel bias.

The DOJ’s investigation comes after Israel in coordination with the U.S. State Department conducted its own investigation into the matter. Israel determined Abu Akleh was killed by a stray bullet fired by an Israeli soldier and deemed the death accidental. The State Department said it was satisfied with the investigation, but Biden’s DOJ overrode this assessment on Monday when it informed the Israeli government the FBI would get involved.

Cruz and other congressional officials who spoke to the Free Beacon said the DOJ’s decision to target Israel is the result of the federal law enforcement agency’s politicization under President Joe Biden. Biden Justice Department appointee Kristen Clarke, for instance, came under fire during her Senate confirmation hearing after the Free Beacon revealed she edited a law journal that featured an anti-Semitic black nationalist who peddles conspiracy theories about Jews. The only way to root out this bias, sources said, is for Congress to launch an investigation into the DOJ’s anti-Israel agenda, which has been fueled by a cadre of anti-Semitic lawmakers in Congress known as “the Squad.” These lawmakers, which include Reps. Ilhan Omar (D., Minn.) and Rashida Tlaib (D., Mich.), pressured the DOJ for months to investigate the Abu Akleh shooting.

Garland is “using the FBI to attack and undermine one of our closest allies at the behest of the anti-Semitic Squad,” Cruz said. “Merrick Garland has already done more damage to the FBI’s credibility and legitimacy than anyone in history, including [Richard] Nixon’s [attorney general] who was literally sent to prison.”

Two senior congressional officials tracking the situation told the Free Beacon that the DOJ should prepare to face its own probe into politicized weaponization.

“We’re going to find out who thought it was a good idea to unleash the FBI on Israel and reopen something that everyone else—including the president’s State Department—had already resolved,” said one of the sources, who was not authorized to speak on the record.

The second source, also not authorized to speak on record, said the DOJ’s probe is the result of the president hiring far-left progressive activists, including anti-Israel agitators, who are now working at all levels of government.

“Biden has seemingly filled every department with woke activists who hate Israel, and now they’re burrowing in,” said the source, a veteran congressional official who works on Israeli issues. “They’re everywhere. It’s going to take years of investigations and work, and ultimately a new president, to even begin to fix the problem.”

Pro-Israel organizations are also applying pressure on Congress to find out why the DOJ decided to reopen the Abu Akleh case.

“It is both shocking and appalling that the Department of Justice has allowed anti-Israel Members of Congress to pressure an allegedly independent arm of the executive branch into this investigation,” Pastor John Hagee, founder of Christians United for Israel (CUFI), the nation’s largest pro-Israel advocacy organization, said in a statement.

A senior official with a pro-Israel organization told the Free Beacon the DOJ probe “smacks of politics.” The probe was announced shortly after conservative Israeli leader Benjamin Netanyahu—who was close with former president Donald Trump—was reelected as the country’s prime minister.

“This investigation, coupled with its being made public coming one week after the midterms, smacks of politics,” said the source, who could only speak on background while criticizing the administration.

A State Department spokesman declined to answer Free Beacon questions about what changed in the time between its assessment the case was resolved adequately and the DOJ’s backtrack. The DOJ declined to comment on the matter.

Israeli leaders have made clear they will not comply with the DOJ.

“Our soldiers will not be investigated by the FBI or by any other foreign country or entity, however friendly it may be,” outgoing Israeli prime minister Yair Lapid said on Tuesday. “The IDF thoroughly investigates any irregular event and is committed to the values and laws of democracy.”