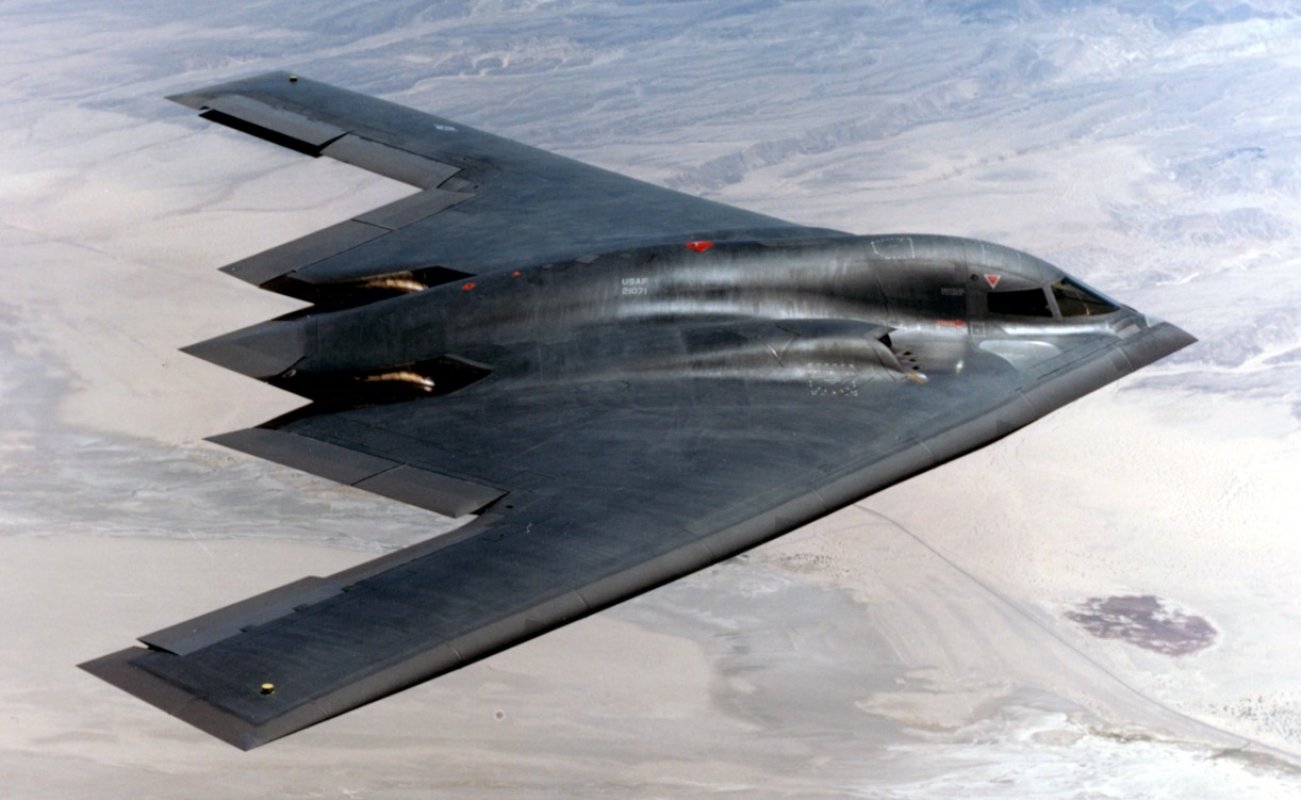 If the H-20 does have the range and passable stealth characteristics attributed to it, it could alter the strategic calculus between the United States and China.

Here’s What You Need to Remember: An H-20 seeking to slip through the gauntlet of long-range search radars scattered across the Pacific to launch CJ-10K cruise missiles with a range of over nine hundred miles would not require the same degree of stealth as an F-35 intended to penetrate more densely defended airspace and launch small diameter bombs with a range of 70 miles.

Prior news of the H-20’s development had been teased using techniques pioneered by viral marketing campaigns for Hollywood movies. For example, the Xi’an Aviation Industrial Corporation released a promotional video in May 2018 pointedly imitating Northrop Grumman’s own Superbowl ad for the B-21 stealth bomber, portraying a shrouded flying wing bomber in its final seconds. Later, the silhouette of a possible new bomber appeared at a PLAAF gala. This comes only two years after PLAAF Gen. Ma Xiaotian formally revealed the Hong-20’s existence.

If the H-20 does have the range and passable stealth characteristics attributed to it, it could alter the strategic calculus between the United States and China by exposing U.S. bases and fleets across the Pacific to surprise air attacks.

Only three countries have both the imperative and the resources to develop huge strategic bombers that can strike targets across the globe: the United States, Russia and China. Strategic bombers make sense for China because Beijing perceives dominance of the western half of the Pacific Ocean as essential for its security due to its history of maritime invasion, and the challenge posed by the United States in particular. The two superpowers are separated by five to six thousand miles of ocean—and the United States has spent the last century developing a network of island territories such as Guam, foreign military bases in East Asia and super-carriers with which it can project air and sea power across that span.

Xi’an Aviation, the H-20’s manufacturer, also builds China’s H-6 strategic jet bombers, a knockoff the 1950s-era Soviet Tu-16 Badger which has recently been upgraded with modern avionics, aerial refueling capability and cruise missiles in the later H-6K and H-6J models. Beijing could easily have produced a successor in a similar vein, basically a giant four-engine airliner-sized cargo plane loaded with fuel and long-range missiles that’s never intended to get close enough for adversaries to shoot back.

Alternately, analyst Andreas Rupprecht reported that China considered developing a late-Cold War style supersonic bomber akin to the U.S. B-1 or Russian Tu-160 called the JH-XX. This would have lugged huge bombloads at high speed and low altitude, while exhibiting partial stealth characteristics for a marginal improvement in survivability. However, such an approach was already considered excessively vulnerable to modern fighters and air defense by the late twentieth century. A Chinese magazine cover sported a concept image of the JH-XX in 2013, but the project appears to have been set aside for now.

Instead, in the PLAAF elected to pursue a more ambitious approach: a slower but far stealthier flying wing like the U.S. B-2 and forthcoming B-21 Raider. A particular advantage of large flying wings is they are less susceptible to detection by low-bandwidth radar, such as those on the Navy’s E-2 Hawkeye radar planes, which are effective at detecting the approach of smaller stealth fighters.

While China’s development of stealth aircraft technology in the J-20 and J-31 stealth fighter was an obvious prerequisite for the H-20 project, so apparently was Xi’an’s development of the hulking Y-20 ‘Chubby Girl’ cargo plane, which established the company’s capability to build large, long-range aircraft using modern computer-aided design and manufacturing techniques—precision technology essential for mass producing the exterior surfaces of stealth aircraft.

According to a study by Rick Joe at The Diplomat, Chinese publications began speculating about the H-20 in the early 2010s. Postulated characteristics include four non-afterburning WS-10A Taihang turbofans sunk into the top of the wing surface with S-shaped saw-toothed inlets for stealth. It’s worth noting that the WS-10 has been plagued by major problems, but that hasn’t stopped China from manufacturing fighters using WS-10s, with predictably troubled results.

The new strategic bomber is expected to have a maximum un-refueled combat radius exceeding 5,000 miles and payload between the H-6’s ten tons and the B-2’s twenty-three tons. This is because the H-20 is reportedly designed to strike targets beyond the “second island ring” (which includes U.S. bases in Japan, Guam, the Philippines, etc.) from bases on mainland China. The third island chain extends to Hawaii and coastal Australia.

In a U.S.-China conflict, the best method for neutralizing U.S. air power would be to destroy it on the ground (or carrier deck), especially in the opening hours of a war. While ballistic missiles and H-6 bombers can already contribute to this with long-range missiles, these are susceptible to detection and interception given adequate forewarning. A stealth bomber could approach much closer to carrier task forces and air bases before releasing its weapons, giving defenses too little time to react. An initial strike might in fact focus on air defense radars, “opening the breach” for a follow up wave of less stealthy attacks.

The H-20 will also likely be capable of carrying nuclear weapons, finally giving China a full triad of nuclear-capable submarines, ballistic missiles and bombers. Though the H-6 was China’s original nuclear bomber, these are no longer configured for nuclear strike, though that could change if air-launched nuclear-tipped cruise or ballistic missile are devised. Beijing is nervous that the United States’ limited ballistic missile defense capabilities might eventually become adequate for countering China’s small ICBM and SLBM arsenal. The addition of a stealth bomber would contribute to China’s nuclear deterrence by adding a new, difficult-to-stop vector of nuclear attack that the U.S. defenses aren’t designed to protect against.

Some Chinese publications also argue that the H-20 will do double-duty as a networked reconnaissance and command & control platform similar to U.S. F-35 stealth fighters. This would make sense, as China has developed a diverse arsenal of long-range air-, ground- and sea-launched missiles, but doesn’t necessarily have a robust reconnaissance network to form a kill-chain cueing these missiles to distant targets. Theoretically, an H-20 could rove ahead, spying the position of opposing sea-based assets using a low-probability-of-intercept AESA radar, and fuse that information to a firing platform hundreds or even thousands of miles away. The H-20 could also be used for electronic warfare or to deploy specialized directed energy.

The crescendo of publicity surrounding the H-20 indicates the PLAAF believes the plane will soon be ready enough to show to the public—and international audiences. Once revealed, analysts will pour over the aircraft’s geometry to estimate just how the stealthy it really is, looking for radar-reflective Achilles’ heels such as exposed engine inlets and indiscrete tail stabilizers. However, external analysis cannot provide a full assessment, because the quality of the radar-absorbent materials applied to surfaces, and the finesse of the manufacturing (avoiding seams, protruding screws, etc.) has a major impact on radar cross-section.

It is worth bearing in mind, however, that an H-20 seeking to slip through the gauntlet of long-range search radars scattered across the Pacific to launch CJ-10K cruise missiles with a range of over nine hundred miles would not require the same degree of stealth as an F-35 intended to penetrate more densely defended airspace and launch small diameter bombs with a range of 70 miles.

Analysts forecast the H-20’s first flight in the early 2020s, with production possibly beginning around 2025. If the H-20 is judged to be of credible design, the Pentagon in turn will have to factor the strategic implications of China’s stealth capabilities, and will likely seek to field implement counter-stealth technologies which formerly have been mostly vaunted by Russia and China. The publicity which the often-secretive Chinese government is according the H-20 also indicates Beijing’s hope the bomber will serve as a strategic deterrent to foreign adversaries—even before its first flight.

Sébastien Roblin holds a master’s degree in Conflict Resolution from Georgetown University and served as a university instructor for the Peace Corps in China. He has also worked in education, editing and refugee resettlement in France and the United States. He currently writes on security and military history for War Is Boring. This article first appeared in 2018 and is being republished due to reader interest.