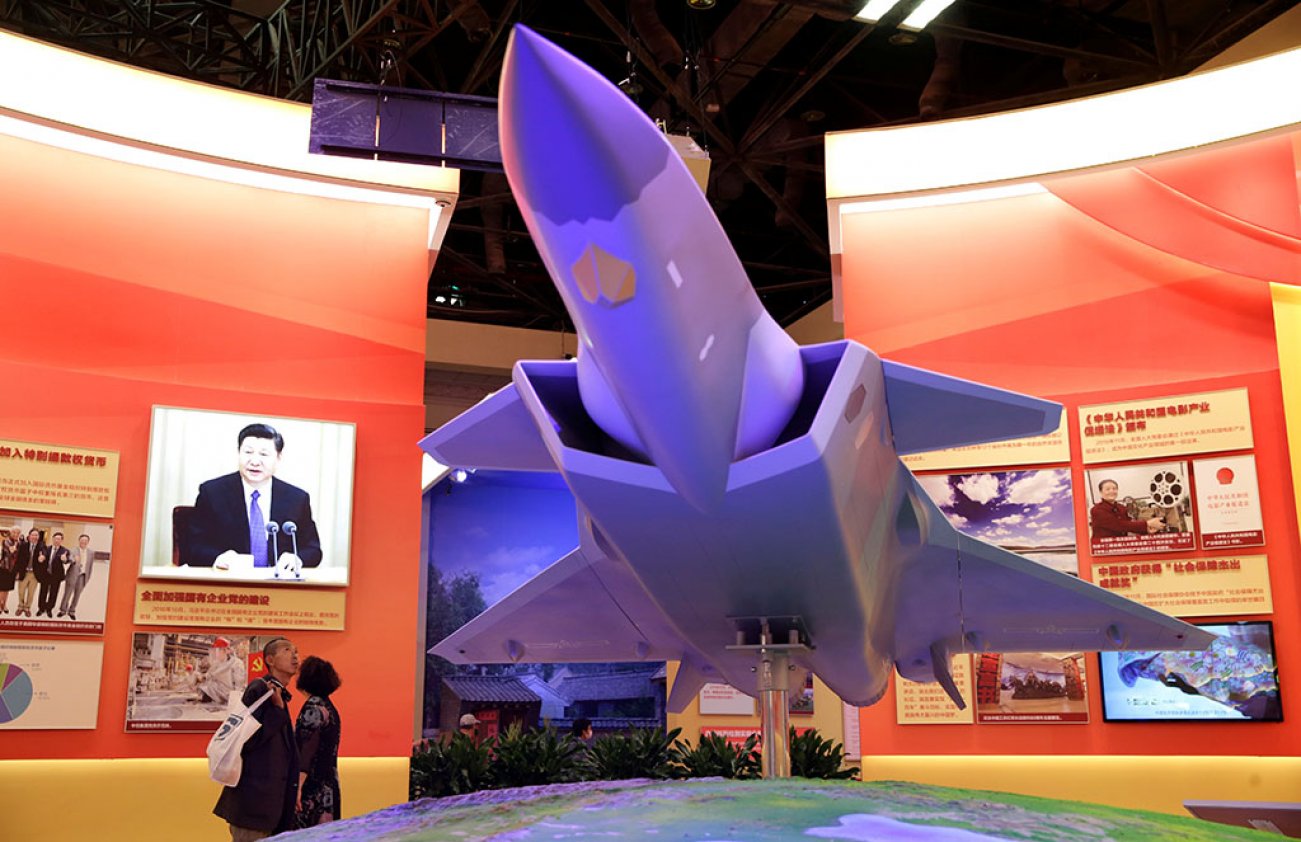 The new aircraft was highlighted by the PLAAF, according to a Chinese newspaper, which added that the stealth fighter appears to be operating with a Chinese-built WS-10C engine.

A twin-seat variation of China’s J-20 stealth fighter jet and a J-20 version equipped with a domestically made engine has been spotted for the first time in official videos recently released by its developer and the People’s Liberation Army Air Force (PLAAF), only days before the tenth anniversary on Monday of the aircraft’s maiden flight.

A new, first of its kind, twin-seat variant of the Chinese J-20 has emerged, introducing the world’s first “stealthy” dual-seat fighter.

The new aircraft was highlighted by the PLAAF, according to a Chinese newspaper, which added that the stealth fighter appears to be operating with a Chinese-built WS-10C engine.

“The twin-seat variation of the J-20 could be used for electronic warfare, command of wingman drones or bombing, and the domestic engine means the J-20 is no longer reliant on Russian engines,” the Chinese government-backed Global Times writes, citing military analysts.

The addition of a second seat to the 5th-Gen stealth fighter presents some interesting questions, as it does potentially add new decision-making variables to air combat such as drone coordination, EW, or intelligence analysis in the air.  Should connectivity be lost, jammed, disabled or compromised in a combat situation, command and control could at least temporarily disappear, creating a circumstance wherein having an extra set of human eyes, observational faculties, and decisionmaking capability could certainly bring a tactical advantage. While human eyes might not necessarily see and farther, clearer or better than advanced cameras, another person might introduce new variations of intelligence analysis.

This would be of particular relevance today, given the vastly increasing amount of information that can be gathered, organized, and transmitted by fast computer processing and advanced AI-enabled algorithms. Simply put, the volumes of information available to pilots are now exponentially larger than was previously the case. Computers, sensors, and AI can of course gather, analyze and present otherwise separated data variables for human decisionmakers, yet how can all of the combat-relevant information be decided upon by one pilot potentially immersed in a dangerous combat engagement. Computing can perform greater amounts of the necessary gathering, processing, organizing, and analyzing of time-sensitive information, yet they at the moment likely lack an ability to make certain complex or nuanced decisions such as those which might arise in combat.

Perhaps a second pilot, or aviator, could oversee the operation of nearby drones, analyze and decide upon an interwoven tapestry of threat information, or coordinate communication with nearby air and ground assets should the main pilot be engaged in pressing combat tasks.

Conversely, however, the same kind of technically-based argument could be made against any need to add another person into a stealth fighter cockpit. The Air Force, for instance, recently flew an aircraft with an AI-enabled computer itself as a copilot, and unmanned fighter jets capable of dogfighting, advanced maneuvers, and surveillance have been developing for years. While computers can ease the cognitive burden placed upon potentially overloaded pilots, they can often fall short when it comes to certain more subjective nuances or variables fundamental to decision-making.