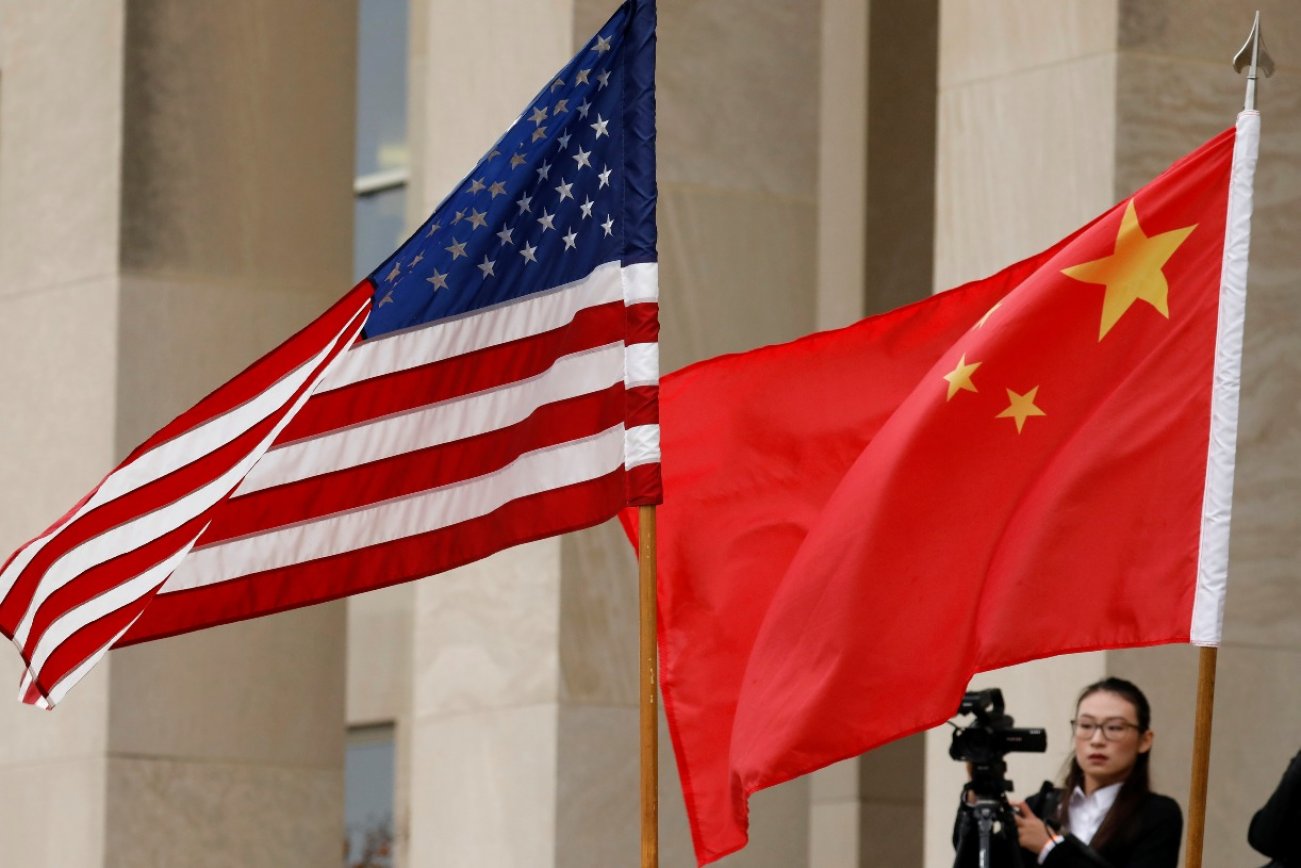 The end of U.S. global hegemony means a transition into a bipolar world order—and other countries will have to choose sides.

On July 22, 2020, the State Department announced that it has directed China to close its consulate in Houston for the purpose of “protecting intellectual property and private information of U.S. citizens.” This incident happened in the midst of a diplomatic event—a Chinese visiting scholar at Stanford University is now charged with visa fraud for hiding her People’s Liberation Army (PLA) membership to obtain entry into the United States. Meanwhile, another Chinese researcher was allegedly charged by the FBI for lying about her affiliation with the PLA and has taken refuge in the Chinese consulate in San Francisco. Reacting to this series of events, Senator Marco Rubio tweeted, “…China’s consulate in Houston is not a diplomatic facility. It is the central node of the Communist Party’s vast network of spies & influence operations in the United States.”

In addition to the diplomatic scuffle, recently, the Trump administration also objected to China’s claims of the South China Sea, marking it the first time the U.S. government is taking a stance on the South China Sea dispute. To show its resolve, the United States has deployed two U.S. aircraft carriers battle groups (USS Ronald Reagan and USS Nimitz) to the area for military drills. In response, Chinese foreign ministry spokesman, Zhao Lijian, rebuffed that the United States “is creating divisions among nations in the region and militarizing the South China Sea.”

The increase in military and diplomatic tensions are signals that China is trying to upend the existing hegemonic order led by the U.S. It is increasingly clear to many that U.S. efforts of using the global liberal order featured with multilateralism and mutual economic dependency to accommodate China’s rise have now been replaced with military frictions and diplomatic discord. In view of these developments, one might wonder: are we witnessing a Sino-U.S. Cold War? How would it alter the world order?

Answers to these questions may not be obvious, but there are signs the United States is now backing away from the liberal global order. Starting with the withdrawal of the Trans-Pacific Partnership on the second day after Donald Trump’s inauguration, promises such as pulling out U.S. military troops from Germany, discontinuing subsidizing NATO’s expenses, and recent decision to rescind membership from the World Health Organization all show that the United States is reducing its commitments to multilateral diplomacy. Trump’s “American First” doctrine, though largely criticized as a manifestation of his populist strategy, is a logical response to the costs that he claimed the United States has endured for its globalist efforts. Trump’s confrontational diplomatic tactics and disdain for multilateralism and cooperation have now created two new global blocs. What we are witnessing now is a transition from a unipolar world led by the United States to a bipolar world with two superpowers: the United States and China.

Mike Pence frames the conflict between the U.S. and China as a battle between conflicting values—democracy, freedom, and a capitalist market economy, and the opposing values held by the Chinese counterpart. Such a viewpoint is oversimplified. The truth is, many countries are struggling to commit to one and only one bloc, and the current global order is not neatly divided into two camps. Instead of using institutional and value differences to carve up two blocs, shared historical ties, opposition to U.S. leadership, and dependency on Chinese state capitalism are better indicators to characterize countries in the new bipolar international system. The UK and its Commonwealth nations, and other East Asian states which have been dependent on the U.S. military support, will readily join the U.S. bloc. However, due to the economic ties with China, some states will be more hesitant of doing so (e.g. Japan and South Korea). These countries are torn as their security is provided by the United States, but China often helps them bring food to the table. It is essentially a choice between gun and butter.

The European Union (EU) seems to be siding with China now. There is little doubt that China is gaining power with vast investment in the EU with plans like the Belt and Road Initiative. Most observers are surprised that numerous EU nations are still rooting for China—a country constantly violating human rights and disrespecting freedom and democracy. However, what drives these countries to join China’s bloc, at least for now, is not any shared identities nor common values and political institutions, but more by their common animosity toward the U.S. hegemonic rule and its recent conduct. Realists seem to be correct here that, as long as the China bloc could maintain their common interests against the U.S. hegemonic status, continuing cooperation is foreseeable. To put it bluntly, China is the best bet for the EU states to rid themselves of the United States and regain their past glory and power. This reason might have pushed EU countries on the road of pursuing closer economic integration with China.

The formation of these two blocs is an epiphenomenon of pursuing national interest. Parsing the national interest for each state is difficult; various interests and actors are interacting, compromising, bargaining, and cooperating in search of the common ground where all actors can concur. In peacetime, national interest can be synchronous as a state’s economic interests. Adding the above contributing factors of ideologies and institutions will surely confuse any student of international politics. We are inept at telling a clear story about how these two blocs are formed, but pointing out the extent to which increasing power competition between two hegemons could have on these two blocs.

Most importantly, the growing tensions in Sino-US relations and the increasing possibility of military collision, unfortunately, shorten the time these countries could mull over their choice as to which camp to side with. When China and the United States decide to reveal their true intentions, most states will be urged to reveal their preference. Countries will be seen as rushing to join either one bloc for two reasons. Failure to choose a side before an impending conflict may incur punishment from either hegemon, unless the neutral states have the ability to continue to maintain their “neutrality” in a Sino-U.S. conflict. For example, Japan and South Korea might incur the wrath of Washington if they continue to ask the United States for security but do not show their loyalty publicly or even cooperate with China openly. Washington might punish each country by reducing its security commitments. The same could happen in their relations with China as well. Beijing could punish either country economically if they continue to ask China for economic cooperation but continue to support U.S. military operations openly in Asia. Rising tensions thus dramatically reduce room for hedging in international politics.

The above scenario might very well not happen. Liberals would argue that shared values on democratic systems and the capitalist market are buffers against war or that countries might continue to hedge until the very last minute, hoping that the U.S.-China rift will not last forever. In addition, the mechanism of mutual assured destruction should provide sufficient deterrence force to both the U.S. and China before they engage in any forms of military conflict. However, history does not offer much optimism; we know that misperception, miscalculation, and miscommunication are all commonplaces, such as those exemplified in the U.S.-Soviet Cold War, Korean War, and U.S.-Iraq War. All being said, a Sino-U.S. war is difficult to engage, but it is not impossible to imagine.

The current trajectories of U.S.-China relations further reduce optimism. Conflicts could arise if any missteps in the U.S. or China military drills in the South China Sea. In addition, Trump is more likely to use diversionary action to rescue his likelihood of reelection as polls keep showing that he is lagging behind. Xi has motivations to divert, too. China’s economy tanked during coronavirus, which threatens the legitimacy of Xi Jinping and the Chinese Communist Party. Pressured Xi might realize that foreign adventure could eventually be the only way to save himself and his party. Altogether, a diversion of domestic problems is quite needed for both China and the United States, as the diversionary theory of war suggests.

For the next several months, it will increasingly look like we are entering into another cold war. Aliens that left the earth decades ago return to visit might still believe that the U.S.-Soviet War is still happening. Nuclear deterrence and the armageddon scenario might allow both the U.S. and China to be more willing to negotiate, but again, not all wars start as a nuclear one. A small skirmish in the South China Sea, if not maintained properly, could escalate quickly into an unwanted scale. No one knows when that would happen. It might not. What we do know is that countries will be increasingly hasty to join each of the two blocs and the world will become increasingly bipolar, just like the Cold War I.