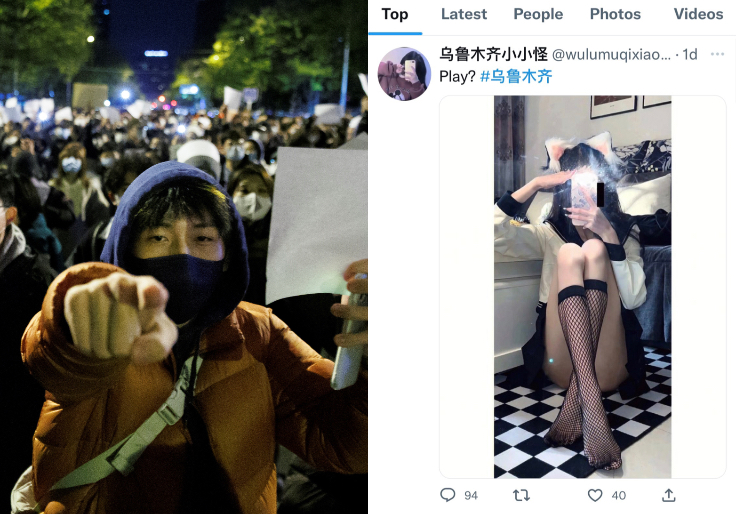 According to the Twitter account @AirMovingDevice, which says it analyzes “China and the world in data and graphs,” a Chinese citizen who searches for Beijing or Shanghai will “mostly see ads for escorts/porn/gambling.” The “vast majority” of the posts appear to come from bots that “tweet at a high, steady rate throughout the day.”

The porn-pushing comes as protests rock China. Across the country, demonstrators are calling for an end to the Chinese government’s zero-COVID policy, which has resulted in years of lockdowns. Chinese citizens were outraged over a Thursday fire at an apartment building in Urumqi during which residents and firefighters were reportedly “blocked by locked doors or other pandemic restrictions.”

Protesters are even demanding the resignation of dictator Xi, a call “almost unheard of in a country where Xi has a level of power unseen since Mao Zedong’s era,” the Post reported.

In response, China has cracked down on protesters, with police stopping and searching people at protest sites. Shanghai police went so far as to arrest, beat, and kick a BBC journalist covering the protests.

Chinese state media, however, have not mentioned the protests, which the Post says are “the biggest since Tiananmen Square in 1989.”