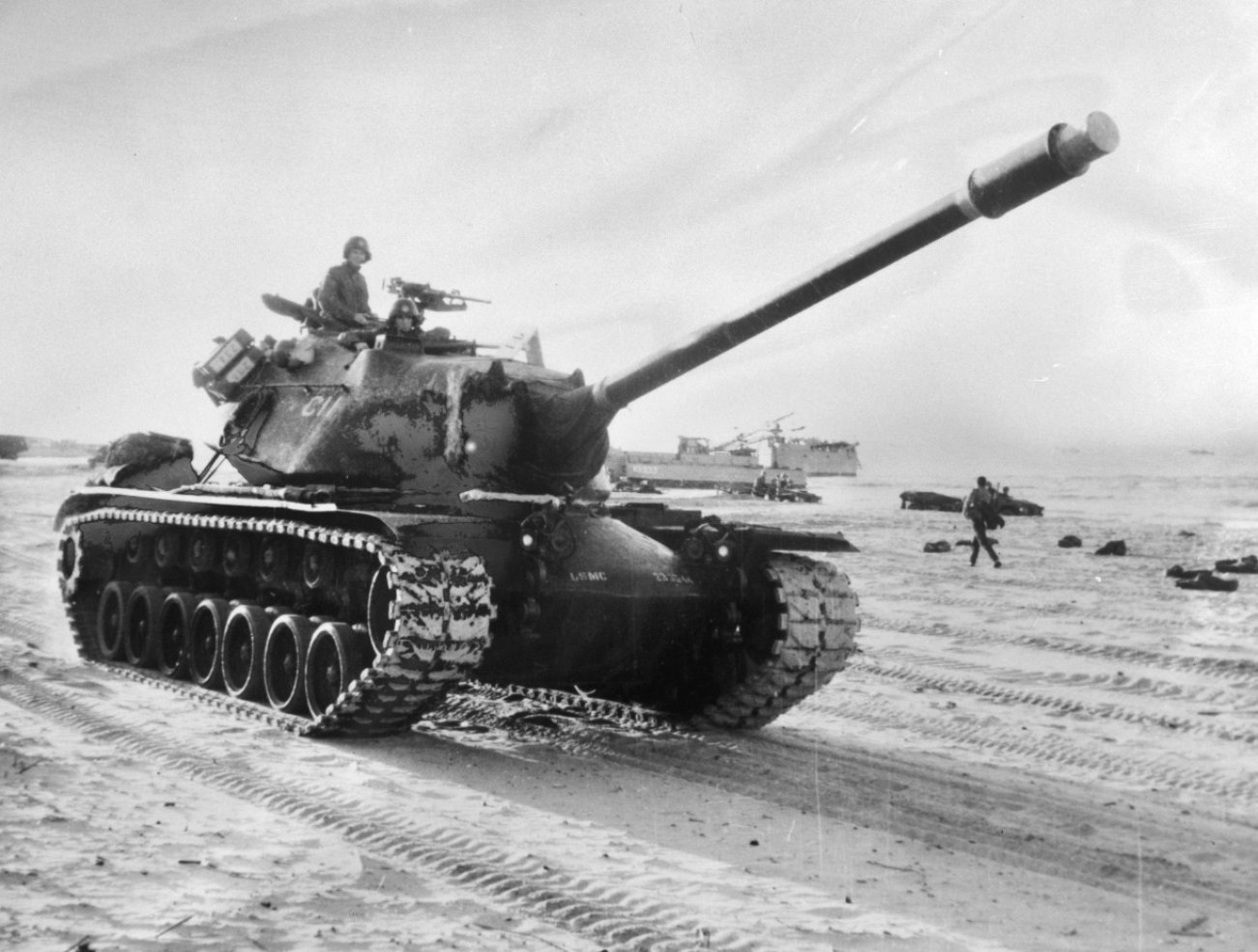 The bulk of most tanks used during the Second World War fell into the medium tank category, but Germany and the Soviet Union also fielded “heavy tanks,” which could dominate the battlefield.

Here’s What You Need To Remember: Because the M103 was rushed into service it didn’t entirely meet the needs of the U.S. Army, which operated eighty of the original T43E1 models – of which seventy-four were converted to the M103 standard.

When the tank was originally conceived during the First World War by the “Landship Committee,” the concept was to have a lumbering vehicle that would be truly massive in size. That proved to be impractical—but as tank development continued tanks of different sizes were devised. This included light tanks able to scout and exploit breakthroughs, while a medium tank would offer firepower and mobility.

The bulk of most tanks used during the Second World War fell into the medium tank category, but Germany and the Soviet Union also fielded “heavy tanks,” which could dominate the battlefield, taking out bunkers and fortifications while being able to stand up to the smaller tanks that attempted to stop them. The United States lacked such a tank, and during the war its M4 Sherman medium tank, while more than adequate when it entered service in 1942, couldn’t stand up to the more powerful German tanks such as the Tiger.

Even the M26 Pershing wasn’t heavy enough to withstand the Tiger and Panther. The development of a new heavy tank began for the next war even as the conflict in Europe was winding down.

This was because there was a real concern that the Soviet heavy tanks would be just as hard to stop as anything the German’s had, maybe even more so. The IS-3 and IS-4—which the Soviets built due to Premier Josef Stalin’s obsession for heavy tanks and thus named for him—worried American planners. These were heavy in every sense of the word, with strong front armor and a 122mm gun.

To address the threat from those Soviet behemoths came the T43E1, which was developed out of a series of prototypes built in 1953-54 at Chrysler’s Newark, Delaware tank plant. Production ramped up even as the Korean War ended.

A total of three hundred tanks were produced and these were designed as “Tank, Combat, Full Tracked, 120mm, M103” – but known simply as the M103. It is notable too that no nickname was ever assigned to the tank.

As its official name implied, however, it had a powerful 120mm M58 main gun, which was fitted in the M89 turret mount. The tank was as well armored as it was armed, with upwards of five inches of hull armor at the front. It weighed 62 tons, and had a crew of five. It was a tank that could do some hard-hitting and wouldn’t need to run from a fight.

Yet, like most heavy tanks, the size meant some compromises. The M103 had a maximum speed of just 21mph and only a range of 80 miles. It could pack a punch but it wouldn’t exactly get into or out of a fight quickly, and that fight couldn’t be all that far away.

Because the M103 was rushed into service it didn’t entirely meet the needs of the U.S. Army, which operated eighty of the original T43E1 models – of which seventy-four were converted to the M103 standard. Instead, while it was the Army that had sought the tank, the U.S. Marines operated 220 of the T43E1s, with 219 converted to M103A1 of which 154 were further rebuilt as the M103A2. The former upgrade included a new Stereoscopic T42 sight, M14 ballistic computer and new turret electric amplidyne system traverse with a turret basket. The M103A2 upgrade, which took place in 1964, added a new 750 hp diesel engine that provided better range a top speed. The M24 Coincidence Rangefinder also replaced the older rangefinder.

The M103 served with the USMC until 1972 and reportedly none ever left American soil. It was replaced by the M60, and thus ended the American experiment to develop a true heavy tank.

As a footnote, only twenty-five of the original three hundred M103 tanks are preserved in museums around the world, including one at the Tank Museum in Bovington in the UK.

Peter Suciu is a Michigan-based writer who has contributed to more than four dozen magazines, newspapers and website. He is the author of several books on military headgear including A Gallery of Military Headdress, which is available on Amazon.com.

This article first appeared in 2020.

More From The National Interest:

Russia Has Missing Nuclear Weapons Sitting on the Ocean Floor

How China Could Sink a U.S. Navy Aircraft Carrier

Where World War III Could Start This Year