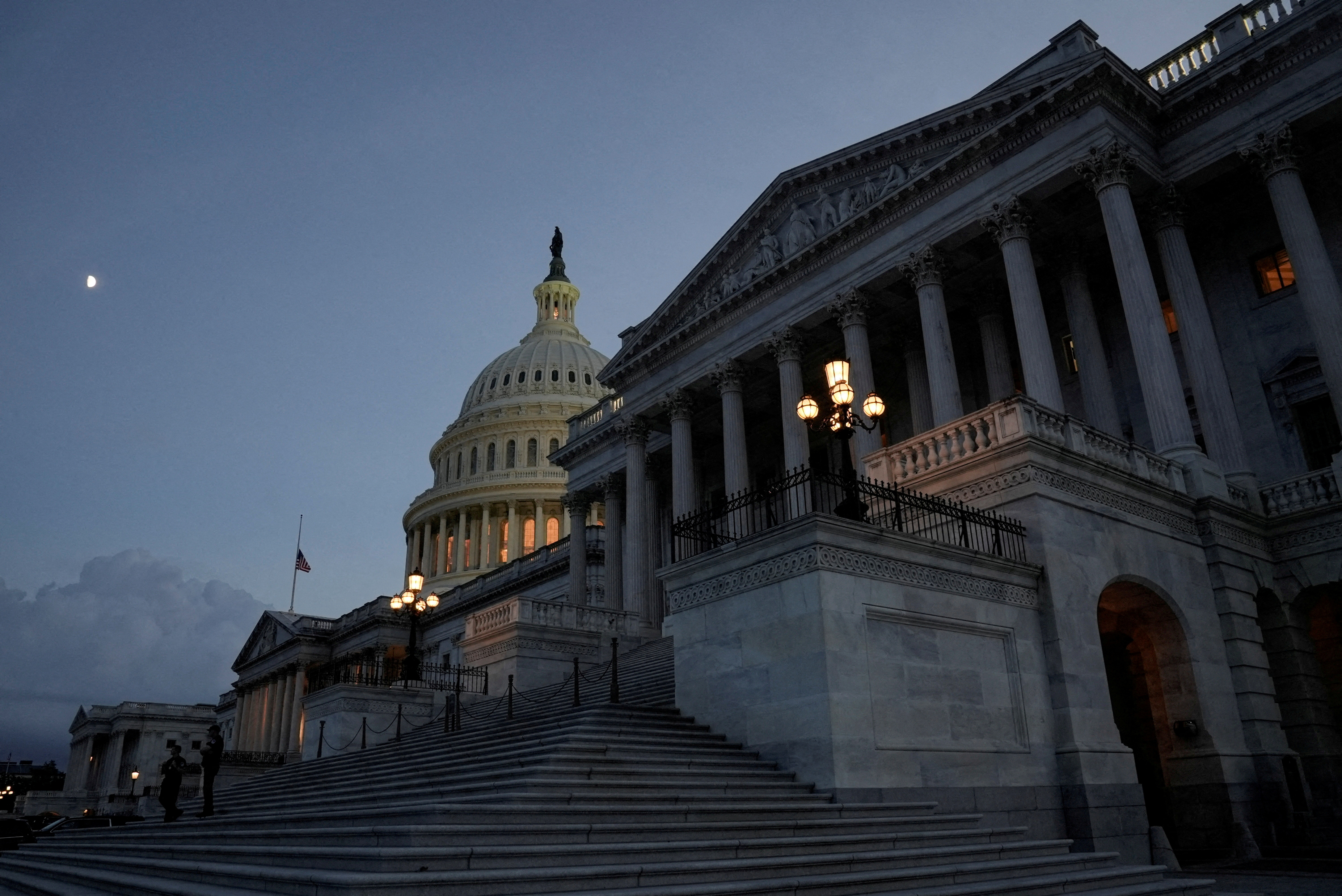 A bipartisan group of U.S. lawmakers is preparing a plan to defuse a looming crisis over the nation’s debt ceiling by changing it from a fixed dollar amount a percentage of national economic output, the group’s top Republican said on Sunday.

The proposal would replace Washington’s current federal debt ceiling – currently set at $31.4 trillion – with a rule that would instead limit debt to a share of national economic output, said U.S. Representative Brian Fitzpatrick, the Republican co-chair of the moderate Problem Solvers Caucus.

Fitzpatrick – appearing on Fox News Sunday with Democratic Problem Solvers co-chair Josh Gottheimer – said Republican House of Representatives Speaker Kevin McCarthy will be taking the lead in negotiations with the White House over the debt ceiling. But he and Gottheimer were “putting meat” on the bones of their proposal to help avoid a crisis.

The U.S. government on Thursday came close to its statutory borrowing limit. The Treasury Department warned that its extraordinary cash management measures could only allow the government to pay all its bills through early June, at which point the nation could be at risk of failing to meet its obligations, including on its debt securities.

House Republicans want to use that critical deadline to force spending cuts, while the White House has said there should be no negotiations over lifting the debt limit. Republicans’ narrow House majority has given outsized influence to the party’s most hardline voices.

Washington’s debts are currently equivalent to about 125% of one year of production across the U.S. economy. Fitzpatrick said the proposal he is working on with Gottheimer would force budget cuts on Washington if federal borrowing exceeded a set share of economic output. He did not say what that share would be.

Congress’s rules on the debt ceiling are intended to limit growth of the nation’s debt. The measure has not had that effect, as, in practice, Congress has treated the annual budget process — deciding how much money to spend — separately from the debt ceiling, in essence, agreeing to cover the costs of previously approved spending.

The United States is among the few countries to set a legal limit on borrowing.

Democratic President Joe Biden on Friday said he would “have a discussion” on U.S. debt with McCarthy, who has said he will sit down with the president to discuss a “responsible” debt ceiling increase.

The White House has said raising the debt ceiling should not be a negotiation. But some Democrats, including Gottheimer as well as prominent Democratic moderates such as U.S. Senator Joe Manchin, have said the administration needs to engage in a debt ceiling negotiation.

A 2011 standoff over the debt ceiling lead Standard & Poor’s to cut the U.S.’s credit rating, a historic first. Failure to address the limit this time could roil global markets and trigger an economic downturn.

Gottheimer said: “I’ve had conversation with the White House just this weekend, and I’m optimistic that they will sit down” to discuss the debt ceiling with Republicans.

Biden is hosting Democratic congressional leaders at the White House on Tuesday.