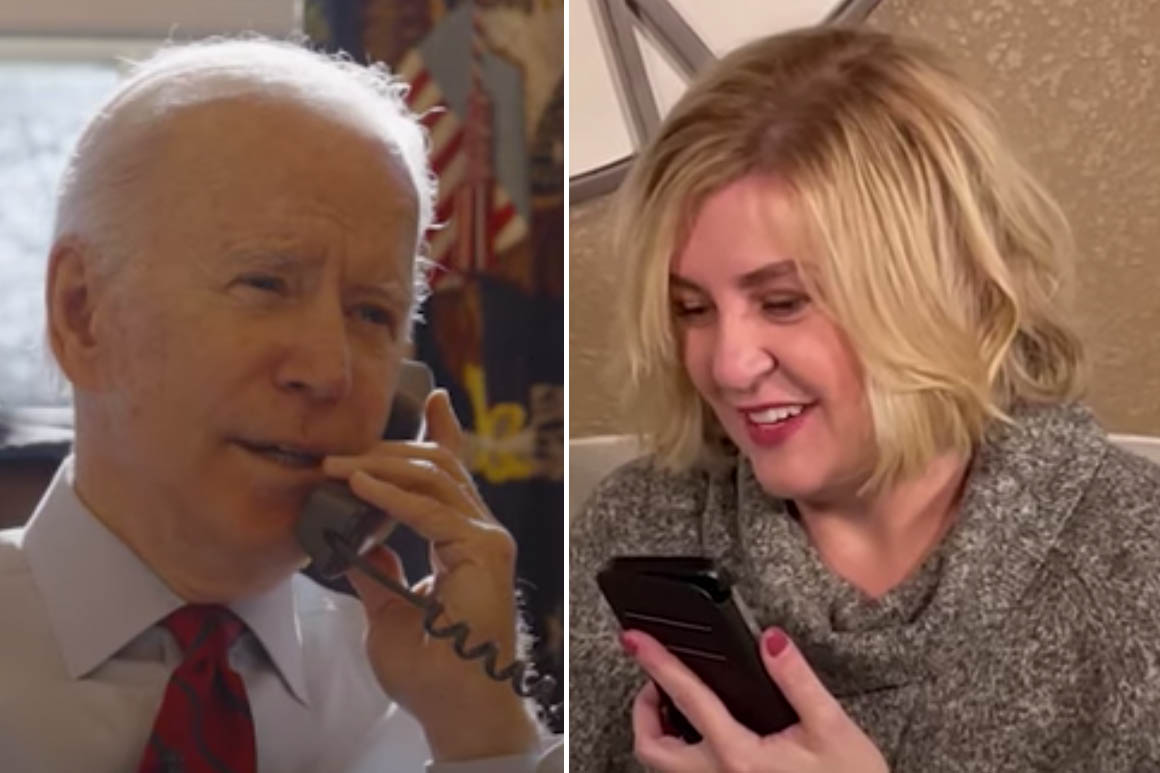 President Joe Biden relaunched the weekly presidential address on Saturday, giving it a fresh makeover in the process, marking its return to screens and speakers across the country.

Instead of looking directly into the camera to address the nation, Biden takes a different tactic: He sits in the Oval Office, dressed in a shirt and tie, talking on the phone to Michele, a California woman who wrote to him after losing her job during the pandemic.

In the nearly two-and-a-half minute video released by the White House, Biden used the address to allay Michele’s worries about finding work — and to tout the economic benefits of his $1.9 trillion Covid relief package that House Democrats are expected to begin drafting next week.

“Working is part of who you are,” Biden told Michele. “I’ve been saying a long time, the idea that we think we can keep businesses open and moving and thriving without dealing with this pandemic is just a nonstarter.”

The informal on-camera conversation between the two is a break with past precedent, where previous presidents used the weekly address to recite pre-written speeches.

On Friday, White House press secretary Jen Psaki said the reboot of the weekly address, which has been rebranded as “A Weekly Conversation,” is a part of Biden’s effort to “regularly communicate directly with the American people,” particularly those affected by the pandemic.

“We expect it to take on a variety of forms,” Psaki said.

The video is a new take on an old tradition that has been on hiatus since former President Donald Trump stopped recording them in 2018. Here’s how previous presidents utilized — and modernized — the medium during their terms in office to communicate with Americans: 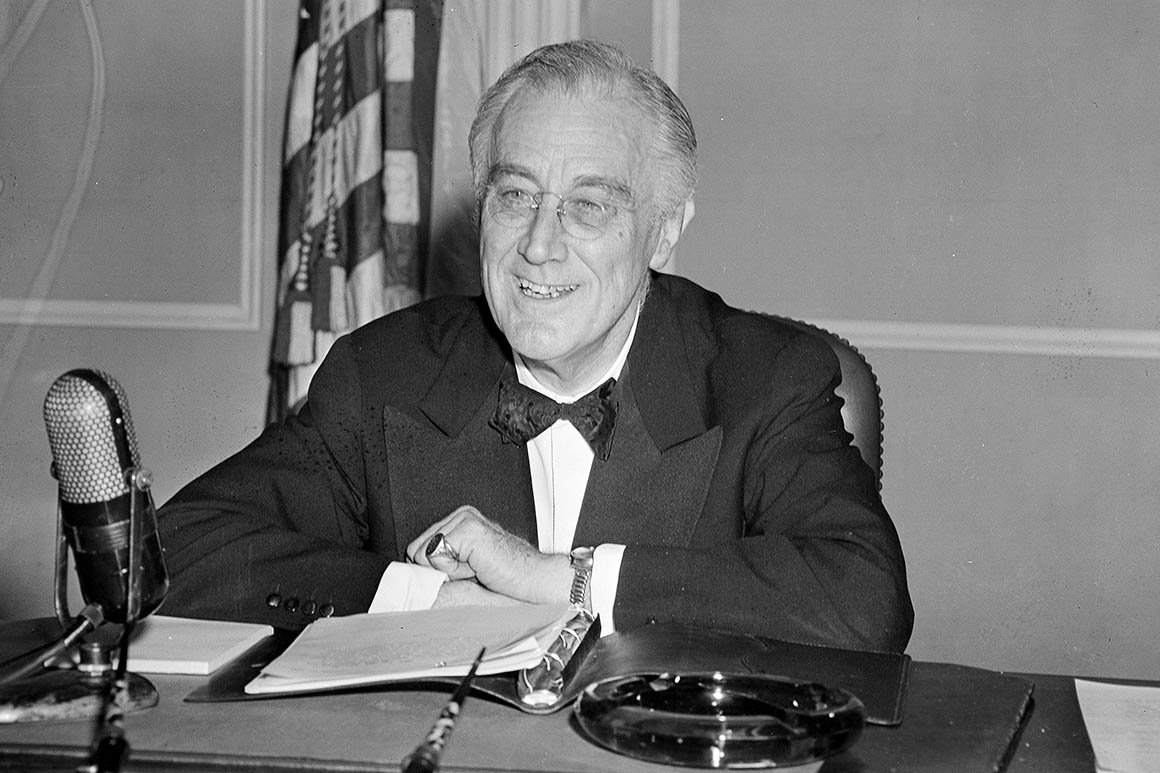 President Franklin D. Roosevelt started giving his famous “fireside chats” by radio to explain what the government was doing to address the economic catastrophe wrought by the Great Depression, and later, World War II.

FDR’s addresses, according to the White House Historical Association, allowed FDR to bypass the press to connect directly with Americans. 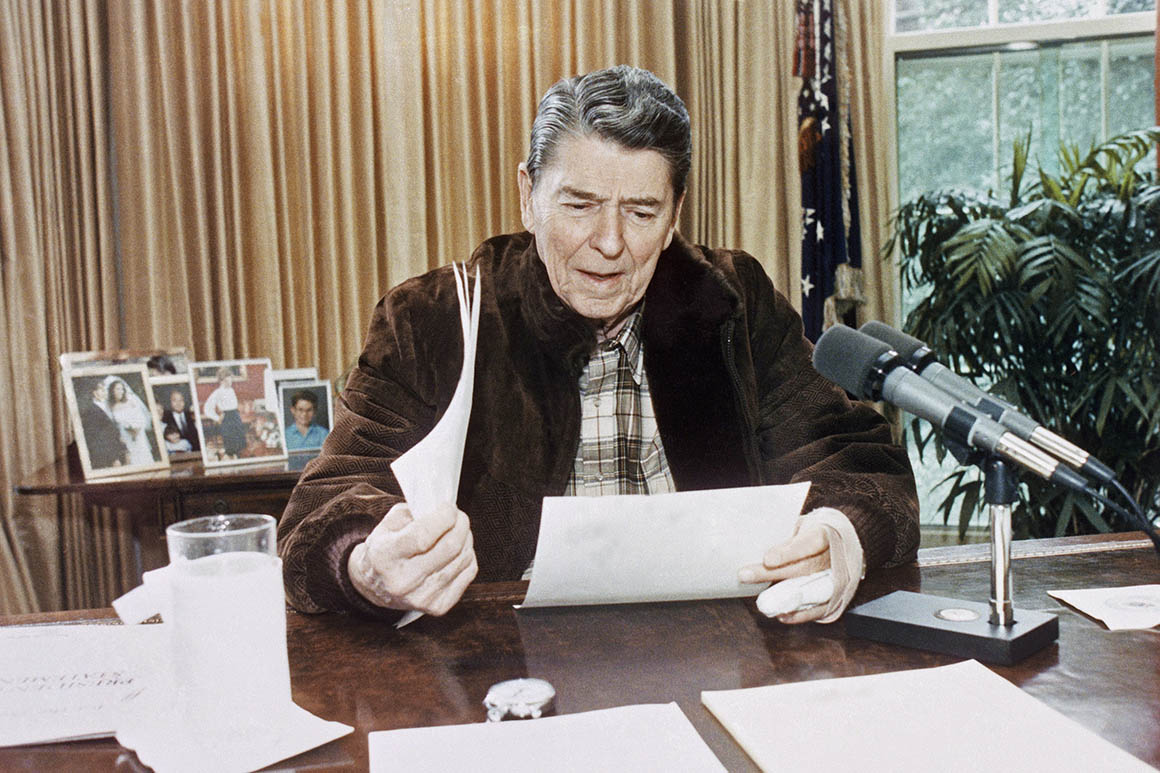 The radio addresses were dropped by FDR’s successors until President Ronald Reagan, a former actor and radio announcer, revived them during his presidency. (President Jimmy Carter did a call-in radio show in 1977, fielding calls from around the country, which earned him the mockery of Saturday Night Live.)

Reagan began giving weekly radio broadcasts in 1982, a practice that continued under most future presidents. (President George H.W. Bush only recorded 18 during his time in office.) 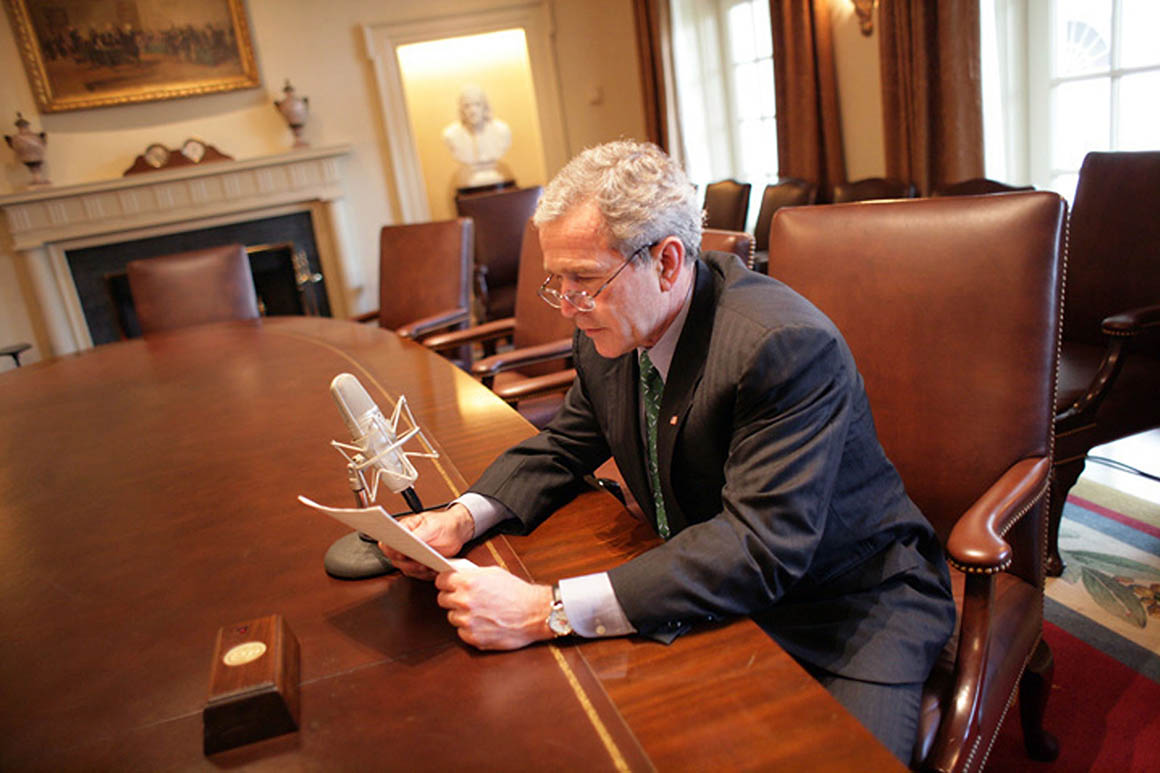 President George W. Bush was the first to deliver his weekly addresses in English and Spanish.

As the internet and listening to music on-the-go became ubiquitous in American culture during the 2000s, the Bush administration adapted to changing viewing habits and started posting the weekly addresses as downloadable podcasts, marking the first time the broadcasts were streamed online.

President Barack Obama built on Bush’s technological advancements and became the first president to post videos of his weekly addresses during his transition into office.

President Donald Trump continued the weekly video addresses on YouTube when he took office, but the tradition was quietly discontinued less than two years into his presidency.

Trump, who preferred to convey his thoughts directly with Americans on Twitter, continued to post short, infrequent video addresses on major topics to White House personal social media accounts through the remainder of his term.