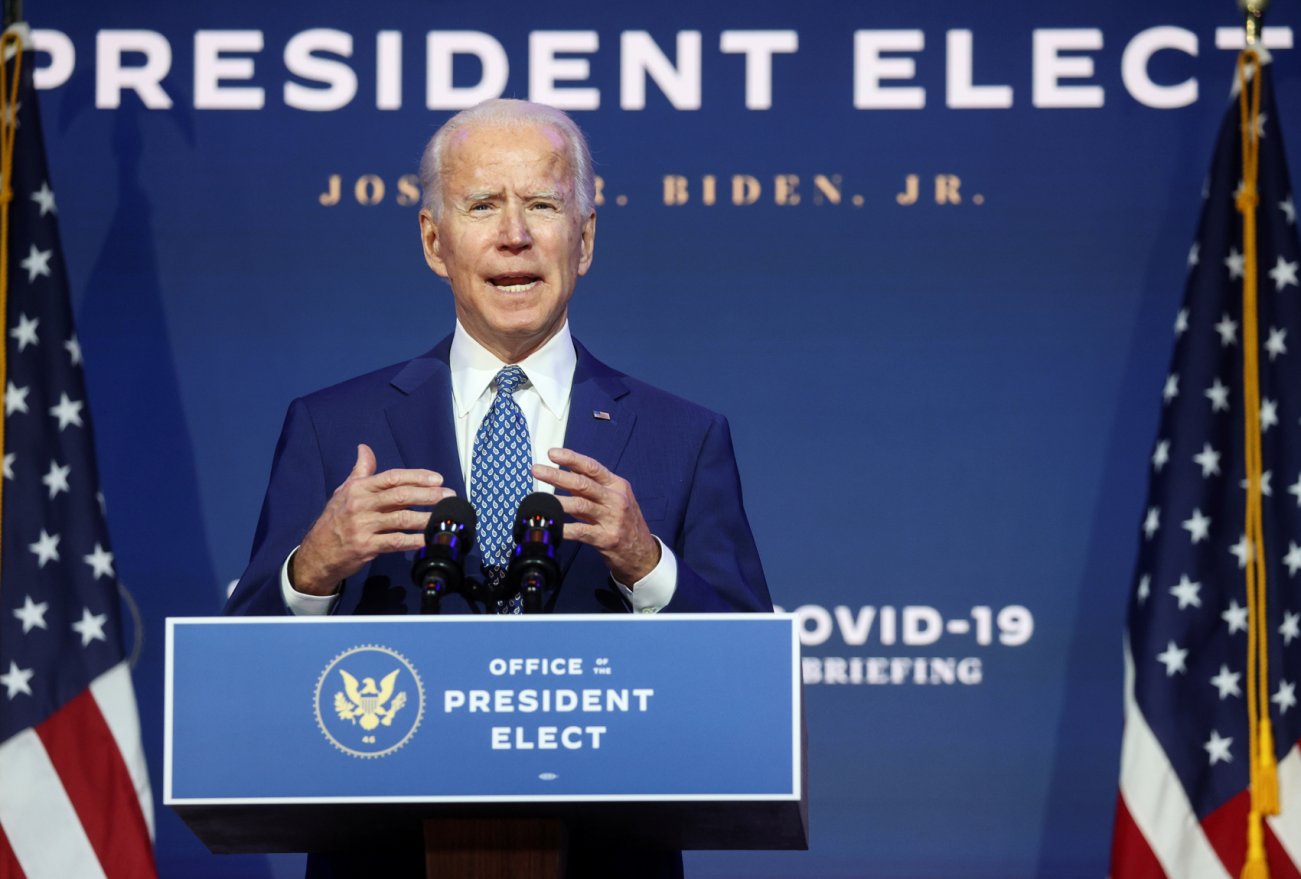 There may be another lawsuit to add to the legal barrage that’s punctured the country following the media announcement of Joe Biden’s White House victory—but this time it won’t be from President Donald Trump’s campaign team.

Instead, Biden’s transition team said they will weigh taking “legal action” if the General Services Administration (GSA) refuses to formally declare the former vice president the winner of the 2020 presidential election.

GSA Administrator Emily Murphy, a Trump appointee, has not made the “ascertainment” decision that would grant Biden’s team the necessary resources to prepare to take the White House reigns in January.

But withholding the GSA’s consent forces the incoming administration to be in a tight spot, as it delays access to office space, computers, nearly $6 million in federal funding and the ability to conduct security clearances or background checks for Cabinet candidates. Delaying the transition of power also restricts Biden’s team guidance from the State Department,

which usually coordinates meetings between the incoming president and foreign leaders, as well as provides appropriated funds for salaries.

“There’s a number of levers on the table and all options are certainly available,” a Biden transition official told reporters, according to Axios.

“It’s a changing situation and certainly rather fluid.”

A transition official echoed these concerns, telling Fox News that a number of options are being considered as long as Trump refuses to cooperate after the election.

“If the transition team is denied access to resources for a few weeks it basically hampers their ability to prepare and hit the ground running when they do take over the White House in January,” David Alexander Bateman, associate professor of government at Cornell University, said. “The longer this plays out, the more catch up they’ll have to do.”

Ever since the race for the presidency started to favor Biden’s election chances, Trump ignited a series of legal attacks in battleground states that decided the 2020 results. The president’s

legal pursuits typically stem from the surge in mail-in and absentee voting accelerated by the coronavirus pandemic, as he claimed there have been massive accounts of voter fraud that interfered with the outcome of the election.

While there will be recounts in some of the states that revealed a tight margin between Trump and Biden, it’s unlikely the altered vote totals will change by more than a few hundred votes, which would not adjust the final results.

Trump’s efforts to shove the election into the courtroom is now being echoed by a number of GOP congressional candidates who also lost last week, arguing that there was widespread voting fraud.

GSA’s denial to give Biden’s team the green light to get to work can generally weaken the former vice president’s “leadership capacity” during the first few weeks of his term, Bateman said.