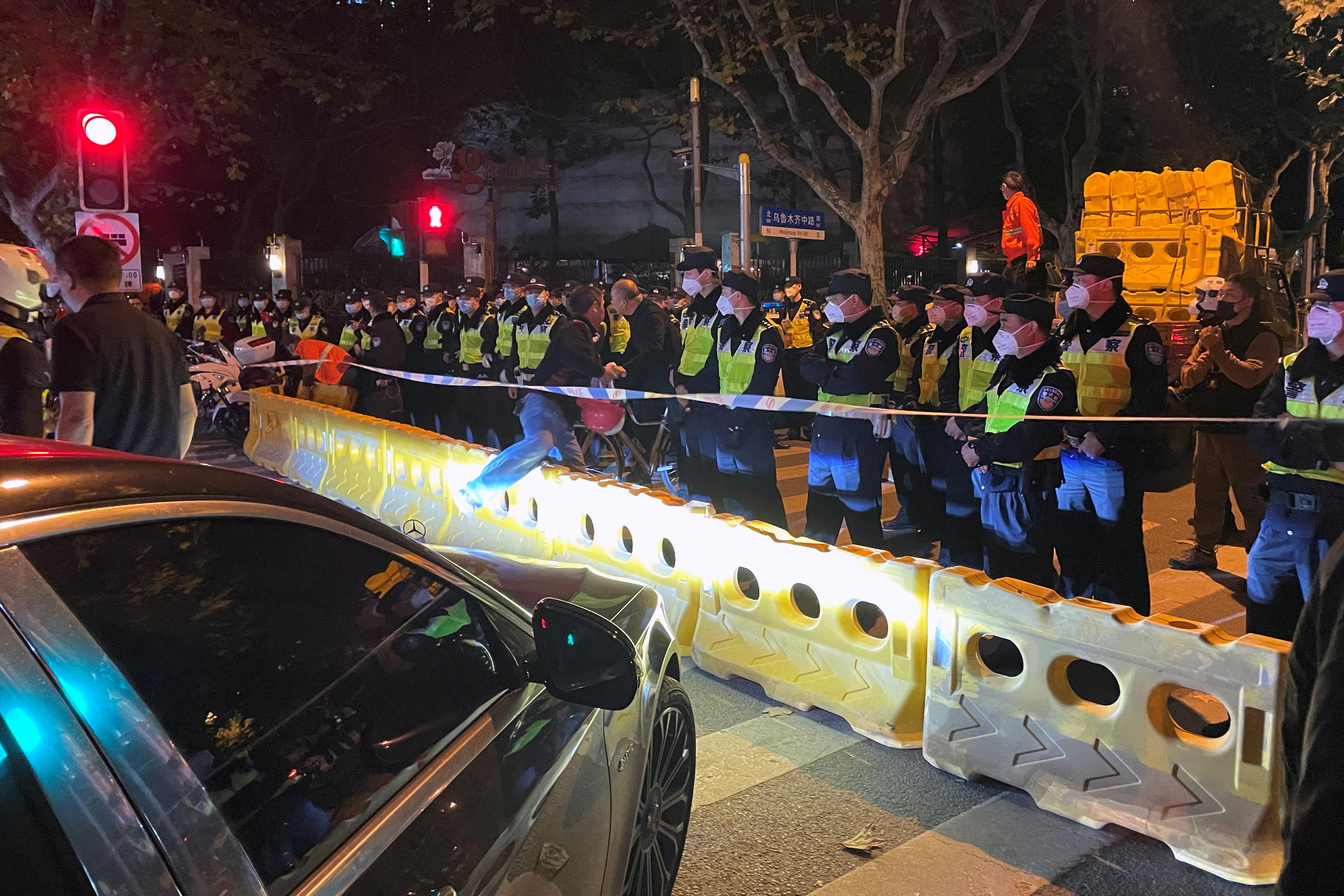 Police officers stand behind barricades and cordon at the site where a protest against COVID-19 curbs took place the night before, following the deadly Urumqi fire, in Shanghai, China November 27, 2022. REUTERS/Josh Horwitz/File Photo

The BBC said on Sunday that Chinese police assaulted and detained one of its journalists covering a protest in Shanghai, before later releasing him after several hours.

“The BBC is extremely concerned about the treatment of our journalist Ed Lawrence, who was arrested and handcuffed while covering the protests in Shanghai,” a spokesperson for the British public service broadcaster said in a statement.

“He was held for several hours before being released. During his arrest, he was beaten and kicked by the police. This happened while he was working as an accredited journalist,” the spokesperson added.

The BBC said it had not been given a credible official explanation for its journalist’s detention.