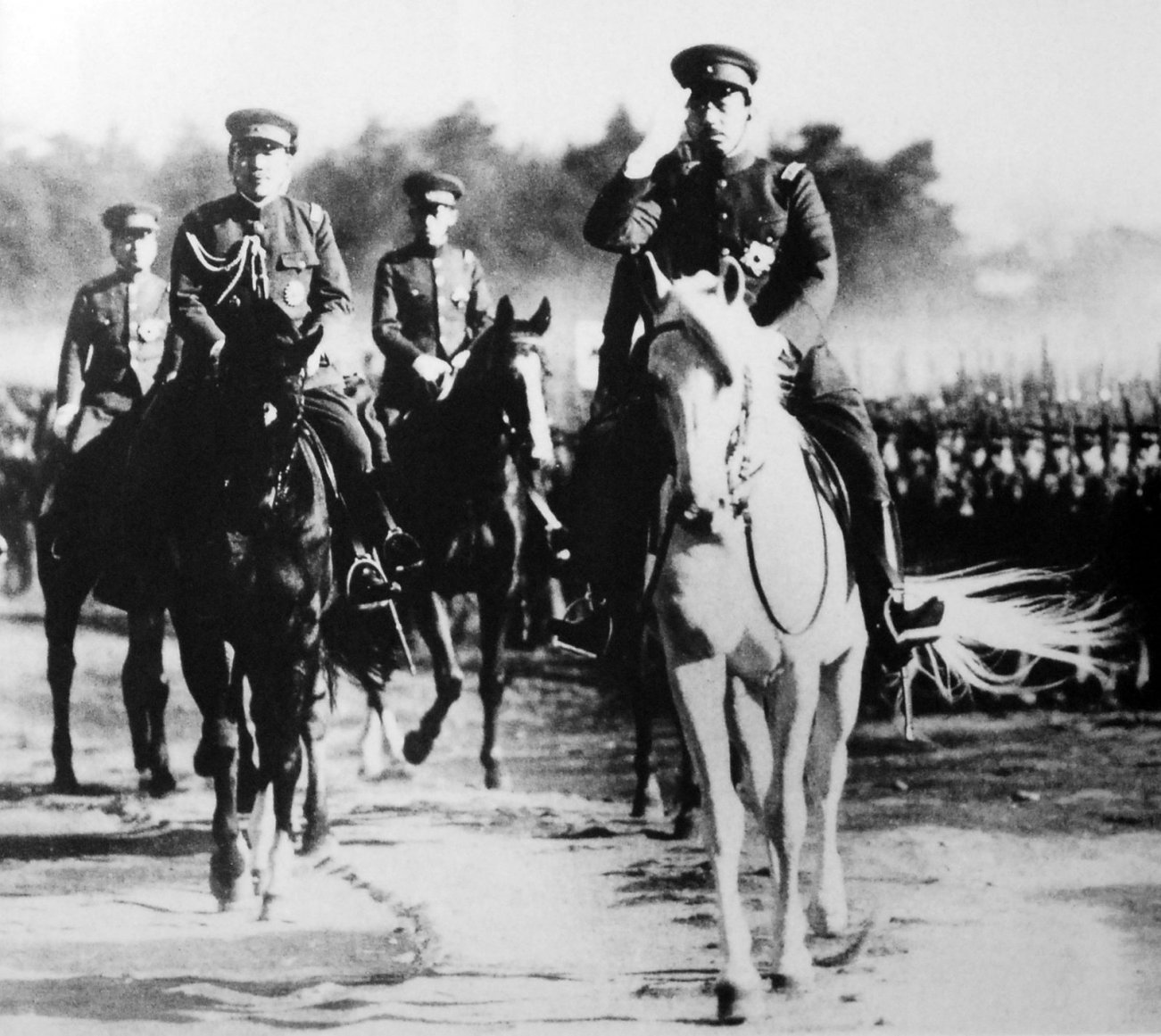 Tokyo had, in fact, considered invading the USSR instead of attacking America.

Key point: If Berlin and Tokyo had both attacked Moscow, them perhaps that could have won. Would America have remained neutral?

Fighting a war on two fronts is the military equivalent of driving a car while texting. It’s just a really bad idea, as Germany can attest. One reason Germany lost two world wars is because its forces were split between East and West. America and Britain also fought World War II in Europe and Asia.

In contrast, the Soviet Union could concentrate its forces against Germany, thanks to a 1941 neutrality pact with its long-time rival Japan. This became painfully obvious to Hitler during the 1941–42 Battle of Moscow, when the Red Army’s well-trained and well-equipped Siberian divisions reinforced the battered Soviet armies defending Moscow. Trained to operate in the harsh cold of Siberia, these fresh troops shattered the frozen German spearheads and sent them reeling from the gates of Moscow.

This first appeared in 2016 and is being reposted due to reader interest.

The traditional narrative is that in mid-1941, Japanese leaders were split between the “strike north” faction, championed by the Imperial Army, which wanted to attack Russia. Opposing them was the Navy-backed “strike south” faction pressing for seizing the resources of Southeast Asia from their American and European masters. In the fall of 1941, with the German armies approaching Moscow, Japanese leaders made the fateful decision to declare war against the Western powers. The immediate impetus was a series of American and European embargoes in 1940–41, most importantly of oil, which left Japan facing the prospect of running out of fuel for its factories and ships. However, Stalin learned from Richard Sorge, a well-placed Soviet spy in Tokyo, that Japan would not invade Siberia, which the Soviet dictator to shift his elite Siberian troops from the Far East to Moscow, just in time to save the Soviet capital.

(Recommended: 5 Ways Russia Could Have Won the Cold War)

What would have if Japan had struck north after all, attacking Russia from the east while Germany relentlessly advanced from the west? Would it have changed the course of World War II? Like most great what-if questions, the answer depends on the assumptions you make. Consider this: if Japan had not attacked Pearl Harbor, would isolationist America would have declared war on Japan? And if Japan had attacked Russia, which certainly would have compelled the Western powers to tighten their embargo, how would the Japanese economy have fared?

Militarily, the outcome of a 1941 Russo-Japanese war would have been far from certain. Russia had been defeated in the Russo-Japanese War of 1904–5, and during its intervention in the Russian Civil War, Japanese troops had advanced all the way to Lake Baikal. But closer to World War II, Russian tanks and artillery won the Khalkin Gol border battle in 1939, while the Red Army’s armored blitzkrieg smashed Japan’s Manchurian Kwantung Army in 1945. But a 1941 clash would have been interesting. The Japanese Army was not mechanized by Western and Soviet standards, putting them at a disadvantage against Soviet armor, while the logistics of supplying even a lightly equipped Japanese offensive into the Siberian wilderness would have been daunting.

On the other hand, Japan was not one of Germany’s satellite armies on the Eastern front. Italy and Romania were like the seven dwarves to the Aryan Snow White, and the Red Army smashed them with ease. But the Imperial Japanese army in 1941 was battle-hardened—but not yet worn down—by the China War. It could move fast, fight just as fanatically as Soviet troops, and was skilled in infiltration tactics and night fighting. It would have enjoyed powerful air and naval support. Spared from battle with the Americans, the Imperial Navy could have employed naval gunfire and its elite, long-range Zero fighter squadrons to ensure air superiority for a drive on the vital port of Vladivostok.

As it bravely but ineptly demonstrated against the Finns and Germans, the Red Army in 1941 had been devastated by Stalin’s purges. At least the Siberian troops were good, but in 1941, they were at the end of a long supply line from western Russia that would have been disrupted by the German capture of factories and resources. Given a choice between retaining Moscow or Vladivostok, Stalin would have prioritized defending the Soviet capital, so Japan might have taken Vladivostok and the Siberian coast without too much effort.

But then what? Advance six thousand miles down the Trans-Siberian Railroad to Moscow? Garrison vast Siberia while still attempting to subdue the vast population of China? Incorporate Kazakhstan into the Greater East Asia Co-Prosperity Sphere? One wonders how much Japan would ultimately have gained from this war.

Ironically, the battlefield results of a Japanese invasion of Siberia would have been relatively minor. The real action was a continent away, in Moscow. The Soviet Union could lose Vladivostok (even though much American Lend-Lease came through that port), but Moscow was a different matter. Thus a 1941 Russo-Japanese War boils down to two questions. First, if the Battle of Moscow was one of the turning points of World War II, then would Japan pinning down the Siberian reinforcements have crippled the Soviet counteroffensive? The German armies in front of Moscow were depleted, exhausted, unsupplied and freezing. Yet many of the Soviet armies at Moscow were hastily thrown together, inexperienced, poorly led and still struggling to regain their balance from the German onslaught. It seems likely the Soviet counteroffensive would have thrown back Hitler’s armies without the Siberians, but would have inflicted less damage. If so, the real impact might have been in 1942. Germany came close to capturing Stalingrad and the Caucasus oil fields before the Soviets launched their devastating counteroffensive in November 1942; would sending forces to stop, or at least delay, a Japanese advance have meant no Stalingrad catastrophe for Germany?

The ultimate question for a 1941 Russo-Japanese War may actually be psychological. Stalin suffered a nervous breakdown when Germany, with whom Russia had a nonaggression pact, launched its massive Barbarossa surprise attack. How would he have reacted to the news that Japan was attacking from the other side of the Soviet Union? The Red Army suffered four million casualties in 1941; it had enough problems attempting to build new divisions and control the ones it already had in western Russia, without having to deal with a Siberian front.

The Russo-German War was a war of annihilation. Peace was not possible until one side or the other was conquered. But could Stalin have conceded Siberia to Japan in return for an armistice? Nazi Germany and Imperial Japan (whom the Nazis classified as honorary Aryans) were loose allies at best. A separate peace might have been possible. At the least, a Russo-Japanese war would have diverted Soviet resources away from Germany and thus prolonged the European war, though perhaps America would have found Japan less difficult to subdue.

Michael Peck is a contributing writer for the National Interest. He can be found on Twitter and Facebook. This first appeared in 2016 and is being reposted due to reader interest.