Listen to this article
Into the storm: the horror of the second world war  The Guardian

Eighty years ago the worst conflict in history began. It killed about 3% of the human race: up to 85 million people. Some 55 million of those were civilians. 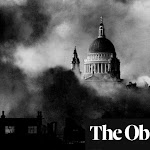 “russia and the west” – Google News