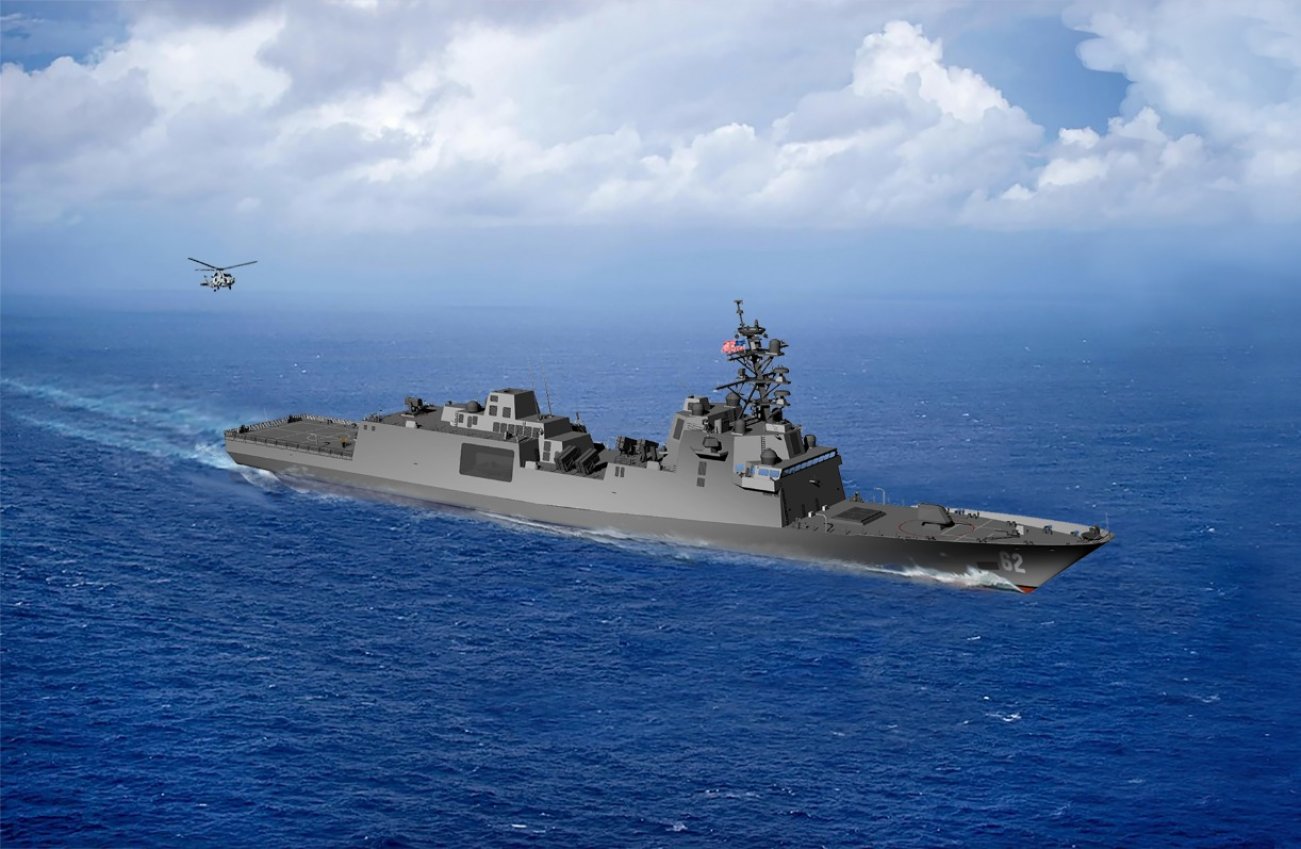 The Constellation-class hearkens back to the age of sail.

Here’s What You Need to Remember: The Constellation-class will be expected to do some of the same missions that the Navy’s infamously expensive and ineffective Littoral Combat Ships were to perform, including lower-intensity missions like shallow-water patrol and training missions, but would also be able to keep up with larger blue-water Navy ships.

The second Constellation-class hull is going to be named after Congress—yes, really.

The Navy’s top official, Secretary of the Navy Kenneth J. Braithwaite, recently announced the name of the Navy’s newest frigate and the first of the new Constellation-class.

“To honor and recognize the work [Congress] and your staff do every day to support our Sailors and Marines, I take pleasure in announcing that a future frigate will carry the name Congress,” said Braithwaite. “The Department of the Navy looks to you for the strong oversight and partnership that has enabled our maritime strength ever since Congress authorized the construction of our first six ships—the mighty American frigates of 1794.”

The Constellation-class hearkens back to the age of sail. In a recorded speech, Braithwaite elaborated on the origins of the Constellation name, explaining that George Washington selected the name for one of the United States’ first frigates, built to protect American merchants from Barbary pirates in the late 1700s. The name is in reference to “the constellation of stars that have adorned our flag, from the original circle of thirteen to the fifteen gracing the Star-Spangled Banner across the harbor above Fort McHenry, to the fifty that fly from the mast of every Navy ship today.”

Since then, the Constellation name has been used several times on Navy ships. The second Constellation ship was the U.S. Navy’s last sail-powered ship, and a Kitty Hawk-class carrier also served from Vietnam and in support of operations in Iraq and Afghanistan until decommissioning in 2003.

The Constellation-class is intended to bolster the United States’ naval presence during an era of increased competition with near-peer rivals—i.e. China, by moving the United States Navy fleet closer to a 355-ship navy. One of the most significant hurdles to getting to the 355 number? Dollars and cents.

The Constellation-class will be expected to do some of the same missions that the Navy’s infamously expensive and ineffective Littoral Combat Ships were to perform, including lower-intensity missions like shallow-water patrol and training missions, but would also be able to keep up with larger blue-water Navy ships.

Like the rest of the guided-missile frigates that make up the Constellation-class, the USS Congress would also have to conduct anti-submarine warfare as well as counter surface ship, boat swarms, and defend ocean-crossing convoys—and all at a lower price point.

Though of an Italian design, the Constellation-class will be built by a Wisconsin-based shipyard, with the first of the class, the USS Constellation, scheduled for delivery to the Navy in 2026.

Though the USS Congress is a decidedly uninspiring name, especially considering today’s legislative deadlock and lack of confidence in the United State’s legislative body, the Constellation-class will undoubtedly bring superior capabilities into play when compared to the woefully inadequate Littoral Combat Ships that preceded them.

Caleb Larson is a defense writer for the National Interest. He holds a Master of Public Policy and covers U.S. and Russian security, European defense issues, and German politics and culture. This article first appeared earlier this year.