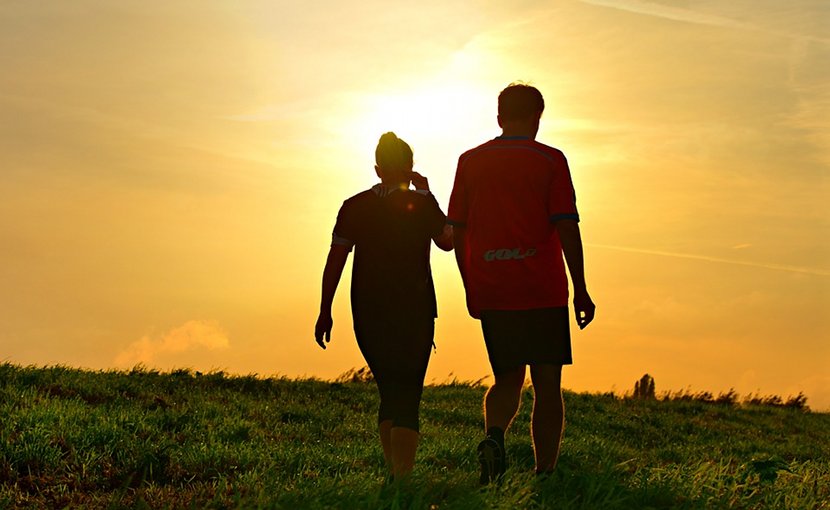 Mobile apps have revolutionised the way people meet in Switzerland and elsewhere in recent years. Unlike traditional dating sites, these apps do not feature detailed user profiles but are largely based on rating photos using a swipe review system.

As dating apps escalated in popularity, so has criticism about them encouraging casual dating only, threatening the existence of long-term commitment, and possibly damaging the quality of intimacy. There is no scientific evidence, however, to validate these claims.

A study by the University of Geneva (UNIGE), Switzerland, provides a wealth of information about couples who met through dating apps, drawing on data from a 2018 Swiss survey. The results, published in the journal PLOS ONE, indicate that app-formed couples have stronger cohabitation intentions than couples who meet in a non-digital environment.

What is more, women who found their partner through a dating app have stronger desires and intentions to have children than those who found their partner offline. Despite fears concerning a deterioration in the quality of relationships, partners who met on dating apps express the same level of satisfaction about their relationship as others. Last but not least, the study shows that these apps play an important role in modifying the composition of couples by allowing for more educationally diverse and geographically distant couples.

The meteoric rise of romantic encounters on the internet is on its way of becoming the leading place where couples are formed in Switzerland, on a par with meeting via friends.

“The Internet is profoundly transforming the dynamics of how people meet,” confirms Gina Potarca, a researcher at the Institute of Demography and Socioeconomics in UNIGE’s Faculty of Social Sciences, and holder of an Ambizione research grant awarded by the Swiss National Science Foundation to study the effects of digital ways of communicating on marriage formation and sorting. “It provides an unprecedented abundance of meeting opportunities, and involves minimal effort and no third-party intervention.”

These new dating technologies include the smartphone apps like Tinder or Grindr, where users select partners by browsing and swiping on pictures. These apps, however, have raised fears: “Large parts of the media claim they have a negative impact on the quality of relationships since they render people incapable of investing in an exclusive or long-term relationship. Up to now, though, there has been no evidence to prove this is the case,” continues Dr Potarca.

The Geneva-based researcher decided to investigate couples’ intentions to start a family, their relationship satisfaction and individual well-being, as well as to assess couple composition. Dr Potarca used a 2018 family survey by the Swiss Federal Statistical Office. The analysis presented in this study looks at a sub-sample of 3,235 people over the age of 18 who were in a relationship and who had met their partner in the last decade.

Dr Potarca found that dating websites – the digital tools for meeting partners that preceded apps – mainly attracted people over the age of 40 and / or divorcees who are looking for romance. “By eliminating lengthy questionnaires, self-descriptions, and personality tests that users of dating websites typically need to fill in to create a profile, dating apps are much easier to use. This normalized the act of dating online, and opened up use among younger categories of the population.”

Searching for a lasting relationship

Dr Potarca sought to find out whether couples who met on dating apps had different intentions to form a family. The results show that couples that formed after meeting on an app were more motivated by the idea of cohabiting than others.

“The study doesn’t say whether their final intention was to live together for the long- or short-term, but given that there’s no difference in the intention to marry, and that marriage is still a central institution in Switzerland, some of these couples likely see cohabitation as a trial period prior to marriage. It’s a pragmatic approach in a country where the divorce rate is consistently around 40%.”

In addition, women in couples that formed through dating apps mentioned wanting and planning to have a child in the near future, more so than with any other way of meeting.

Couples with a diverse socio-educational profile

The study highlights a final aspect. Dating apps encourage a mixing of different levels of education, especially between high-educated women and lower educated men. Partners having more diversified socio-educational profiles “may have to do with selection methods that focus mainly on the visual,” says the researcher. Since users can easily connect with partners in their immediate region (but also in other spaces as they move around), the apps make it easier to meet people more than 30 minutes away – leading to an increase in long-distance relationships.

“Knowing that dating apps have likely become even more popular during this year’s periods of lockdown and social distancing, it is reassuring to dismiss alarming concerns about the long-term effects of using these tools,” concludes Dr Potarca.