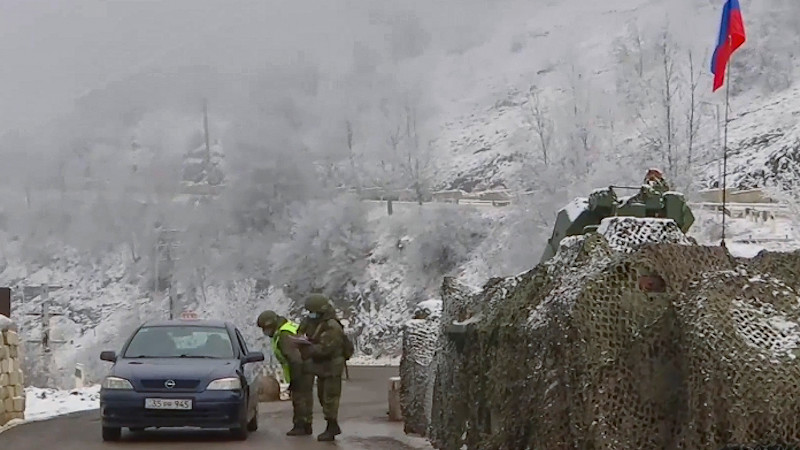 Moscow is not the only government that views the outcome of the Karabakh war between Armenia and Azerbaijan as providing it with an opportunity to expand its influence in the South Caucasus. Tehran does to, and it has launched a major diplomatic effort both in the region and in Moscow to achieve that end.

Tehran sees itself as a major beneficiary because the unblocking of north-south transportation links will allow it to expand trade with the region and beyond and because its own expansion at least for the time being is based on cooperation with rather than opposition to Moscow, given that both are at odds with much of the international community.

Iran’s efforts to build on the outcome of the conflict with Moscow have been highlighted by a visit to the Russian capital by Mohammad Javad Zarif, Iran’s foreign ministry, who made clear that his country wants to work with Russia to expand economic ties in the region and improve its geopolitical position there (kommersant.ru/doc/4662503).

For both Russia and Iran, that clearly means freezing out Western influence and also limiting the expansion of Turkey’s role in Azerbaijan.  For Iran, it also means securing Russian support for avoiding the growth of new tensions between Tehran and the West over its nuclear program.

Polina Vasilenko of Russia’s International Affairs Council says that what is going on reflects Tehran’s decision to focus primarily on regional security rather than broader issues and to look northward through the Caucasus to Russia and not just southward and westward in the Middle East.

Before arriving in Moscow, the Iranian foreign minister had been in Baku. After leaving the Russian capital, he went to Yerevan, and he is then expected to visit both Georgia and Turkey, completing a tour of the countries most directly involved in the new geopolitics of the south Caucasus.

According to Kommersant journalists Marianna Belenkaya and Kirill Krivosheyev, “the main theme of this trip is the discussion of projects of regional cooperation after the conclusion of the agreement about the ceasefire in Karabakh” and the limiting of the expansion of Turkish influence, something Armenia, Russia and Iran all oppose.

During his stop in Baku, the Iranian foreign ministry signed a memorandum of understanding about the delivery of natural gas from Turkey to Nakhichevan; but despite that accord, he has made clear that Tehran wants to maintain close ties with Armenia as well, Vasilenko says.

According to Farkhad Mammadov, a member of Russia’s Valdai Club, “Iran is positioning itself as ‘the gate for Baku and Yerevan’ to the Persian and Oman gulfs.” Azerbaijan welcomes this because Tehran has always supported the principle of territorial integrity in the South Caucasus.

But Armenian experts like Aleksandr Iskandaryan, the director of the Yerevan Institute of the Caucasus, are less sure that Iran can make inroads there, not only because of its links to Azerbaijan but also because, even or perhaps especially in the new post-war circumstances, Iran has less to offer Armenia than it might appear.

“Some of the transport routes in the region have more a political than an economic significance,” the Yerevan expert says. “In particular, the railway through Nakhichevan, which could connect Armenia and Iran raises too many questions in order for anyone to evaluate its prospects at present.”

The article Iran Seeks To Expand Its Position In South Caucasus On Wake Of Karabakh War – OpEd appeared first on Eurasia Review.