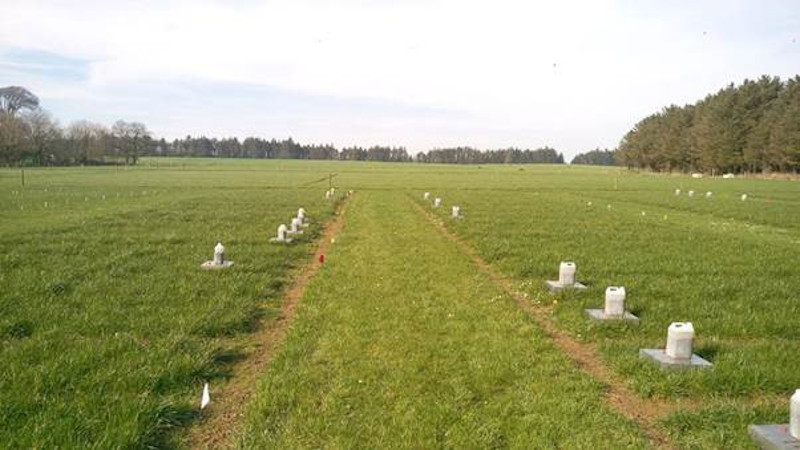 A new scientific paper from Teagasc has shown that getting soil pH right through a liming programme can significantly reduce emissions of nitrous oxide (N2O), a potent greenhouse gas. The paper from researchers at the Teagasc Environment, Soils and Land-Use Department in Johnstown Castle, County Wexford has just been published in the scientific journal, Agriculture, Ecosystems and Environment (AGEE). It concludes that increasing soil pH reduces fertiliser derived N2O emissions in intensively managed temperate grassland.

Head of the Teagasc Environment Research Department, Dr Karl Richards said: “The paper shows that there are reduced N2O emissions from fertiliser applied to higher pH soils, where the pH is in the recommended agronomic range. Farmers that can improve soil pH for agronomic benefits, can also reduce N2O emissions. This represents a win-win for the farmer and the environment.”

Soil pH is generally considered a master variable, controlling a wide range of physical, chemical and biological properties, including a significant effect on microbial processes responsible for production and consumption of N2O. Senior Research officer at Johnstown Castle, Dr David Wall stated that “using an existing long-term intensive grassland liming and P trial, this research investigated the effect of longer-term lime and P management and their interaction on N2O emissions and grassland productivity.

Postdoc Researcher with Teagasc, Ognjen (Oggy) Zurovec outlined the main findings: “We found that a long-term increase in soil pH as a result of liming significantly decreased N2O emissions over 12-month measurement period. In addition, keeping the soil pH and P at the optimum level has the potential to further reduce N2O emissions due to higher grass N uptake through increased yields. This means that the application of good farming practices has considerable N2O mitigation potential in temperate grasslands.”

The results showed that applying 5 tonnes of lime per hectare every 3-4 years increased soil pH from 5.1 to 6.9 and reduced N2O emissions by 39%. The study estimated that the increase in soil pH of grasslands in Ireland over the last 12 years potentially reduced national N2O emissions by 95,000 T CO2-eq yr−1, with potential for a further reduction by up to 254,000 T CO2-eq yr−1 if all the remaining acidic soils are brought up to optimal pH.