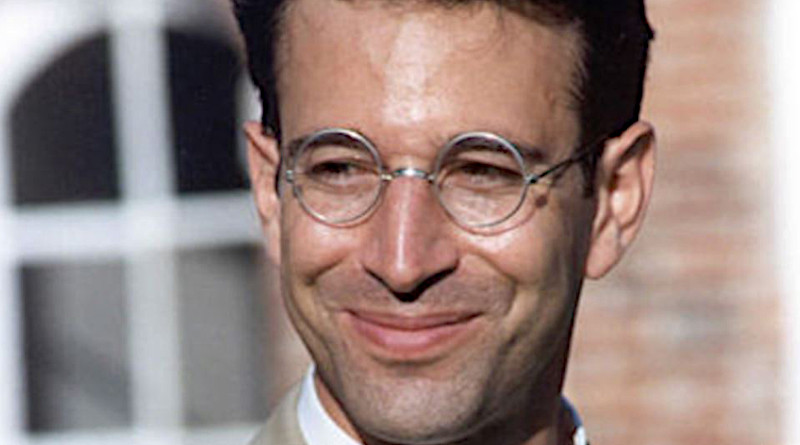 Now that Pakistan’s highest court has acquitted Ahmed Omar Saeed Sheikh, accused for his involvement in the 2002 abduction and subsequent decapitation of American journalist Daniel Pearl, the question on everybody’s lips is, ‘What next?’ Whereas Sindh Government says it’s filing a review petition against the supreme court’s verdict, while the federal government has pledged its “full support,” but given Islamabad’s characteristic reluctance to act against terrorists, these assurances have done precious little to allay fears of yet another hardcore terrorist going scot-free. Perhaps this is why US acting Attorney General Jeffrey Rosen has said that “The United States stands ready to take custody of Omar Sheikh to stand trial here.”

Sheikh’s case has once again exposed Islamabad’s duplicity in its much hyped ‘zero tolerance’ for terrorism, because his involvement in Pearl’s abduction and murder case wasn’t the first terrorist act, he committed. Eight years before, as a Harkat-ul Ansar [HuA] terrorist, Sheikh had kidnapped four foreign tourists [three Australian and one American national] from New Delhi. To secure their release, a demanded that ten terrorists jailed in J&K should be set free was made alongwith the threat to behead the hostages if the demand wasn’t met. Luckily, the police were able to secure release of the abducted foreigners after a bloody shootout, while Sheikh was apprehended and imprisoned.

However, in 1999, Pakistan based terrorists hijacked an Indian Airlines aircraft and managed to secure release of Sheikh alongwith two other convicted terrorists in exchange for passengers of this flight. Even though Sheikh took refuge in Pakistan and made no efforts to conceal his identity or whereabouts, Islamabad didn’t consider it necessary to ensure that this terrorist guilty of abduction is brought to book. The reasons for such an irresponsible behaviour are obvious-firstly, Islamabad’s anti-India mindset makes it believe in the ‘enemy’s enemy being a friend’ philosophy. Secondly, since HuA is one of the many terrorist groups Pakistan army is using to wage proxy war against India, Rawalpindi has ensured that Sheikh remains beyond reach of law.

This incident, which exposes Islamabad’s utter lack of seriousness in holistically combatting terrorism cannot be dismissed as mere aberration because it’s not the only instance of Islamabad looking the other way as terrorist masterminds based on its soil were running riot in neighbouring countries. Its long list failures to bring terrorist leaders living in Pakistan to justice includes architects of 2001 Indian Parliament terrorist attack, 2002 Mumbai carnage, 2016 Pathankot airbase attack, 2019 Pulwama car bombing of a bus carrying central police force personnel, and many more such despicable acts of terrorism. Infact, anyone following what Pakistan’s leaders, Generals and government officials have been saying will agree that Islamabad and Rawalpindi always had an extremely selective approach towards terrorism dictated by its self-serving interests.

While talking about terrorism during a 2014 TV interview, Adviser to the Pakistani Prime Minister on National Security and Foreign Affairs, Sartaj Aziz, made Islamabad’s stand on terrorism clear by saying, “Why should America’s enemies unnecessarily become our enemies?” Two years later, he not only admitted that Pakistan had been hosting Afghan Taliban for 35 years, but also boasted that “We have some influence over them because their leadership is in Pakistan and they get some medical facilities.” So, former US President Donald Trump wasn’t at all wrong when he tweeted that “The United States has foolishly given Pakistan more than 33 billion dollars in aid over the last 15 years, and they have given us nothing but lies & deceit, thinking of our leaders as fools. They give safe haven to the terrorists we hunt in Afghanistan…!”

By admitting that “we made a mistake by joining someone else’s war…[as] we had nothing to do with 9/11 attacks,” Prime Minister Imran Khan has unwittingly exposed Pakistan’s selective approach in fighting terrorism. However, going by Khan’s view of not “joining someone else’s war,” handing over Sheikh to the Americans so that he can stand trial for the kidnapping and murder of Daniel Pearl appears to be a distinct possibility. After all, since the accused is a British national [albeit of Pakistani descent] and the victim was an American, neither the accused nor the victim have anything to do with Pakistan, so there’s legal issues involved. Moreover, as Islamabad had handed over a Kuwaiti national named Khalid Sheikh Mohammed, who was an Al Qaida terrorist and main 9/11 plotter to the US in 2003, precedent for turning over terrorists of foreign nationality to America already exists.

However, this is not likely to happen, because even though the Daniel Pearl murder may not have anything to do with Pakistan, yet Rawalpindi will never accept a member of what it considers to be its ‘strategic asset’ to be handed over to America. It’s already ensured this in the case of Lashkar-e-Taiba [LeT] co-founder Hafiz Saeed and so, doing otherwise in Sheik’s case is unlikely. What makes such an eventuality even more improbable is the revelation by 9/11 planner Khalid Sheikh Mohammed that Omar Sheikh had sent about USD 100,000 from UEA to 9/11 hijacker Mohamad Atta on instructions from the then ISI chief Lt Gen Mahmud Ahmed!

Just two years ago, Justice Shaukat Aziz Siddiqui, a senior serving judge of Islamabad High Court went on record to say, “Today the judiciary and media have come in the control of ‘Bandookwala’ [army].” Disclosing that the “judiciary is not independent,” he went on to reveal that “In different cases, the ISI forms benches of its choice to get desired results.” Hence, the most likely out come of the Pearl trial case is that the Supreme Court of Pakistan will in all probability reverse Sindh High Court’s acquittal verdict and after rejecting the serious charges, declare Sheikh guilty on minor charges and sentence him to a jail term that would more or less be equivalent to the time he’s already spent in jail.

As Section 403 of the Pakistan Code of Criminal Procedure,1898, incorporates the universally accepted ‘nemo debt bis vexari prone et eadem causa’ [no person should be put to peril twice for the same offence] maxim, a jail sentence awarded to Sheikh will ensure that he can’t be tried in this case again. Islamabad has already used this option to ‘technically’ comply with Financial Action Task Force’s observation regarding involvement of LeT co-founder Hafiz Saeed and its present chief Zakiur Rehman Lakhvi in terror financing. By framing feeble charges against both, it has ensured that both have been awarded short jail sentences and as such, there’s no reason why Islamabad won’t follow suit in Sheikh’s case.

In this way, Islamabad and Rawalpindi will [like always] be able to both have the cake-as well as eat it too.