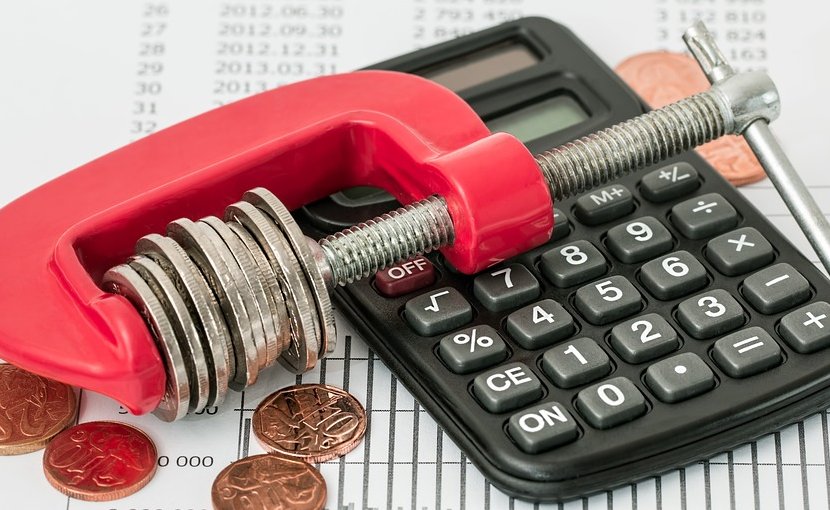 According to some commentators, cost cutting by companies in order to protect profits can in fact set in motion an economic slump. It is held that if everyone tries to cut costs and save more, demand for goods and services from retrenched workers weakens, and as a result corporate revenues and profits come under pressure. This, in turn, sets in motion new layoffs, and this again eats into revenues and makes profits disappear. Economists call this the “corporate paradox of thrift.”

By this logic, if everyone tries to cut costs and save more, no one ultimately saves more. Therefore, if every company decides to cut costs, this is going to hurt revenues and hence profits.

The conclusion, then, is that, collectively, it is impossible to lift profits through cost cutting. On the contrary, it will lead to an economic slump. One solution advocated is for the central bank to counter the negative side effects of cost cutting through easy monetary policy.

The corporate “paradox of thrift” follows the famous Keynesian “paradox of thrift,” which asserts that if individuals in the economy as a whole try to increase aggregate savings, not only will it not succeed but in fact may also lower aggregate output, income, and employment. This is because increased savings at a given level of aggregate income mean decreased consumption. With a fall in aggregate income, people will find it much harder to save, and this thus implies that aggregate savings in the economy will decline because people have decided to save more. According to Keynes: “Every such attempt to save more by reducing consumption will so affect incomes that the attempt necessarily defeats itself.”1

In this way of thinking, while saving may pave the road to riches for an individual, if the nation as a whole decides to save more, the result may be poverty for all.2

To Be Successful, Businesses Must Abide by Consumers’ Demand

As a rule, a businessman who wants to be successful must stay on guard as far as consumers’ demands are concerned. Therefore, whenever he observes a growing demand, he is likely to respond by lifting the production of goods. This means that in order to accommodate the rising demand and thereby secure higher profits, a businessman is likely to increase his demand for the various factors of production.

Note that a major factor behind businesses embarking on cost cutting is the emerging economic slowdown. This means that businesses are simply responding to the slowdown; they do not cause it. What is it, then, that sets in motion the economic slowdown that causes businesses to react in this way?

The systematic intervention of the central bank sets the platform for the recurrent boom-bust cycles. For instance, when the economy is perceived as not expanding quickly enough, the central bank loosens its monetary stance. This in turn gives rise to various bubble activities—an economic boom emerges.

The economic boom is in fact a massive misallocation of resources. On account of the interest rates artificially lowered by the central bank, businesses decide to undertake various capital projects that prior to the easy monetary policy were not considered viable.

Once the boom is perceived as being too strong, the central bank tightens its monetary stance. This undermines various capital projects and various bubble activities that emerged on the back of previous loose monetary policy—an economic bust is now set in motion.

Once the slump becomes too “painful,” the central bank loosens its monetary stance—setting in motion a new economic boom. Therefore, the process of systematic intervention by the central bank generates new booms that are followed by busts.3

Is an Increase in Savings Bad for Economic Activity?

Savings are popularly seen as a leakage that weakens the flow of spending, thereby weakening overall economic growth. But this is not so.

Furthermore, if the baker decides to exchange his bread for, say, parts or machinery that improve his oven, his productivity increases and his production of bread follows suit. This, in turn, enables the baker to save more and acquire a greater variety of goods and services.

Now, if everyone were to decide to raise their level of savings, i.e., to raise the amount of final consumer goods supplied to the market, how could this lower the pace of economic activity? The fact is that a greater production of goods would only support a greater demand for goods. After all, when a baker produces bread, he is not producing everything for his personal consumption. Most of the bread that he is producing is exchanged for other goods and services that he needs. Hence, his production enables him to acquire other goods and services.

The introduction of money does not alter what we have said so far. Now a producer of a consumer good exchanges his saved goods for money. In exchanging his savings for money, he has still supplied the other producer with his saved goods. The money received by the producer is fully backed by his unconsumed production.

Whenever people acquire capital goods such as machinery, they transfer money to the individuals who are employed in the making of the machinery. With money, the machinery maker can choose to exchange it not only for consumer goods but also for various services. The service provider who receives the money could in turn exchange it for consumer goods and services to support his life and well-being.

Without the medium of exchange, i.e., money, no market economy and hence no division of labor could take place. Note, however, that money is not the means of payment but the means of exchange: individuals pay with the goods and services they produce—they do not pay with money. Money only facilitates payments. Money enables the goods of one specialist to be exchanged for the goods of another specialist.

By means of money, an individual can channel savings, i.e., unconsumed consumer goods, to other individuals, which in turn permits the widening of the process of wealth generation.

Despite its importance as the medium of exchange according to Rothbard,

Money, per se, cannot be consumed and cannot be used directly as a producers’ good in the productive process. Money per se is therefore unproductive; it is dead stock and produces nothing.4

Again, money’s main job is simply to fulfill the role of the medium of exchange. Money does not sustain or fund real economic activity.

Why Cost Cutting Is Good for the Economy

Consider a farmer who plants ten seeds and harvests only five seeds. Obviously, he cannot continue with this practice for long before he eventually runs out of seeds. He will then be faced with the threat of starvation. Hence, the farmer is forced to alter his conduct, i.e., to find better land or acquire a better way of planting his seeds.

Why would a change that generates a surplus be bad? With a greater crop, the farmer could improve his well-being and also increase his savings, giving rise to a much greater future crop, all other things being equal.

The crux of the matter remains the same in that profit adds to real wealth and hence raises the living standards of individuals in the economy.

What about all the workers who were made redundant? Surely, their incomes are likely to fall and this is going to weaken the demand for goods and services. But a general rise in profits because of cost cutting lifts the overall real wealth in an economy, and this generates growing employment opportunities. In a market economy, retrenched workers would have to adjust to new conditions and find jobs elsewhere; they would have to find jobs that contribute to wealth generation.

We suggest that cost cutting by companies is an essential element in correcting previous erroneous decisions in order to be able to return to a situation where real wealth can be generated again. As a rule, cost cutting takes place in response to an emerging economic slowdown. Hence, it does not set in motion the economic slowdown, as popular thinking has it.

The suggestion by some commentators that the central bank must stimulate demand to keep economic activity “going” by means of monetary pumping to counter companies’ costs cutting is, in fact, a recipe for economic disaster. Central bank monetary policies are the key cause behind the menace of boom-bust cycles.

The article Why The Corporate Paradox Of Thrift Isn’t Really A Problem – Analysis appeared first on Eurasia Review.