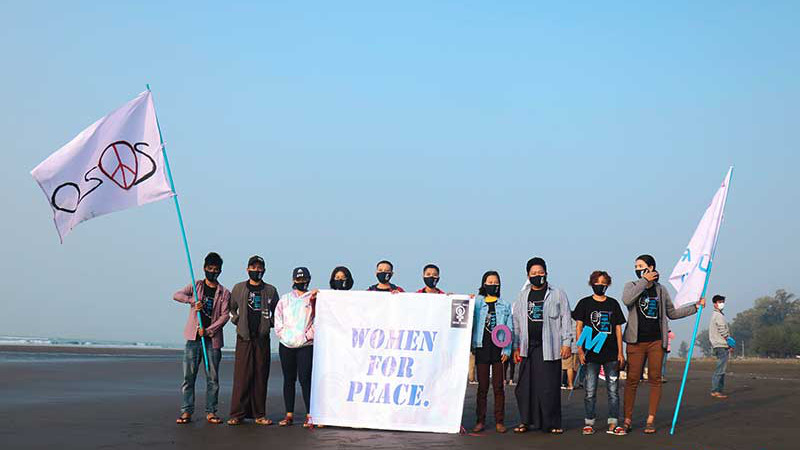 The Arakanese Women’s Lawyers Association has reportedly been formed to protect women from human rights abuses amid the ongoing armed conflict in Arakan State.

The organisation aims to combat conflict-related human rights abuses including rape, said Daw Oo Than Khaing, a spokeswoman for the association.

“The Arakanese Women’s Lawyers Association was formed to provide legal protection to women who have been subjected to human rights abuses, rapes and other illegal acts in the ongoing conflict in Arakan State,” she added.

“We are currently contacting some female lawyers from Rathedaung Township, and some of the female lawyers who want to join the association are not connected due to the internet disruption. We are working to include women lawyers from all 17 townships in Arakan State,” Daw Oo Than Khaing explained.

The Arakanese Women’s Lawyers Association will work to monitor and identify human rights abuses in Arakan State, build capacity for Arakanese law students, interns and Arakanese women lawyers, as well as network with other organisations advocating for peace in Arakan State.

“There are many female trainee lawyers in Arakan State and we aim to improve their proficiency. The Bar Association has not been able to convene yet due to the coronavirus epidemic. When the Bar Association convenes, we will discuss in detail what to do next,” said Daw Oo Than Khaing.

Women’s rights activists in Arakan State say that some women have been raped or otherwise had their rights violated during the fighting between the Tatmadaw and Arakan Army. Concerns are being raised about the safety of women sheltering at camps for internally displaced people (IDPs) across Arakan State.