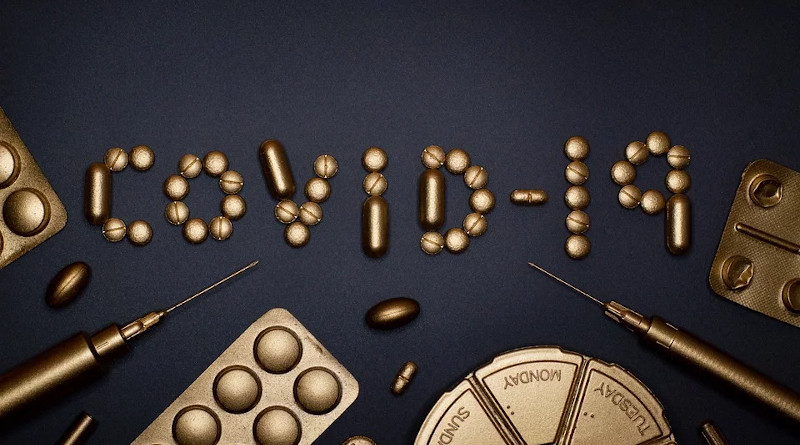 This year, more than any other in recent memory, we experienced a public health emergency in the shape of charts and data which told the stories of the dead and the living while we imagined our lives in the cracks in between.

By Christmas, America was counting an average of 125 deaths an hour or ~ 3,000 deaths per day. About 340 days since the first Covid-19 case was reported (21 January ), these are the numbers that testify to the tragedy that hammered the US in 2020, America’s deadliest year (and still counting) which turned out that way entirely because of political short termism. This year, more than any other in recent memory, we experienced a public health emergency in the shape of charts and data which told the stories of the dead and the living while we imagined our lives in the cracks in between. Here are some of those numbers which will forever define how America’s plague year will be documented.

9,000: Average US cases per hour, during the pandemic’s worst winter surge yet, coinciding with the time between Thanksgiving and Christmas.

6: An average of 6 people are dying every 60 minutes in Los Angeles county, in the final week of December.

3,600: Number of Covid-19 deaths on Wednesday, 16 December, the highest toll since the pandemic began.

250,000: Daily total cases on the same day a second vaccine, from Moderna, was approved.

292: Number of days it took for California caseload to reach 1 million. This is the state where the first coronavirus case was confirmed, in late January.

111: Number of consecutive daily briefings by New York Governor Andrew Cuomo which formed the basis for his 2020 Emmy award — “to recognise his effective use of television during the pandemic.”

3,124: Number of deaths on Wednesday, 9 December, the first time the US crossed the 3,000 mark for daily fatalities. Before this, the peak was 2,603 deaths on 15 April, when New York City was the epicenter of the nation’s outbreak.

6: The number of coronavirus vaccines being developed or distributed under the Donald Trump administration’s Operation Warp Speed programme.

2: The number of coronavirus vaccines that the US Food and Drug Administration approved in 2020 for emergency use. Vaccines from Pfizer-BioNTech and Moderna were both greenlighted before 20 December.

340: Number of days since the first Covid-19 case was diagnosed/ reported on 21 January.

1,944,585: By 26 December, more than a million people have received the first dose of a two-shot vaccine. Vaccinations began on Dec 14. The Pfizer-BioNTech shot was the first to be approved for emergency use in the US for people over the age of 16.

4.56 billion: The Johns Hopkins coronavirus dashboard hit a peak for this number of “feature requests” early on in its evolution as a global go-to tool. A “feature request” represents the number of times visitors access the underlying data while visiting the dashboard.

54: At least 54 vaccines are being tested, at the time of this writing. At least a dozen are in Phase 3 clinical trials.

81,000: Number of drug overdose deaths reported by the CDC for the 12 months ending May 2020, the highest ever in this time frame.

500,000: The number by which year on year public school K-12 enrollment has dropped in 33 of 50 states surveyed by Chalkbeat and The Associated Press.

200 million: Number of doses that Pfizer and German partner BioNTech have committed to the US. This is enough to vaccinate 100 million people. The US government has an option to purchase an additional 400 million doses.

70 million: Number of additional vaccine doses that Pfizer has promised to deliver by 30 June.

30 million: Number of additional vaccine doses that Pfizer has promised to deliver by 31 July.

40 million: Number of doses of two vaccines — Pfizer and Moderna — that the Trump administration’s Operation Warp Speed will have by the end of December. This is enough to vaccinate 20 million people.

9.3 million: The number of unemployed people collecting aid from the Pandemic Unemployment Assistance program in the week ended 5 December.

$300: Supplemental weekly unemployment benefits as per US Congress’ new measure unveiled before Christmas, set to expire in 11 weeks. This is half the amount handed out in March.

85 million: The number of people who will travel, mostly by car, between Christmas day and 3 January, according to American Automobile Association.

20 million: The number of people receiving any kind of unemployment benefits.

110,000: The number of US restaurants that the National Restaurant Association estimates have shut down either indefinitely or forever, gutted by the slump in traffic after the domestic outbreak sparked safety restrictions.

803,000: The number of Americans seeking unemployment benefits the week before Christmas.

6.9 million: Jobless claims in early spring 2020, when the virus crashed the US economy.

10 million: Out of the 22 million people who lost jobs early this year, 10 million are still unemployed, in December 2020.

133%: Year on year growth in number of shoppers who consider themselves heavily or exclusively shopping online.

59%: Percentage of dentists polled who say they are seeing more patients who grind their teeth — an indicator of stress. The doctors also reported 53 percent increase in chipped and cracked teeth, and a 53 percent increase in pain and compromised movement of the jaw and surrounding muscles, known as temporomandibular disorder.

1.4 billion: Number of face masks sold by 3M by October. The company plans to have sold 2 billion by the end of 2020 and projects that it would be able to make 2.4 billion N95 masks by the end of 2020 which is more than three times its pre-Covid-19 production capacity.

73%: By mid-April, 73 percent of stores in the United States were out of toilet paper. Americans account for 20 percent of the world’s toilet paper consumption.

$600 million: More than $600 million of the ~$5.3 billion sold on Etsy in the second and third quarters came entirely from face masks.

8 million: Number of Americans who have fallen into poverty during the pandemic. The threshold for a household of three people with two children under the age of 18 was $20,598 in 2019, according to the US Census Bureau.

50 million: Number of people who have experienced food insecurity, did not know where their next meal would come from.

5 million: The number of people who passed through airport security checkpoints between 18-22 December 2020, according to the Transportation Security Administration.

1.3 million: Number of people who passed through American airport checkpoints on 27 December, setting a pandemic travel record despite warnings from the Centers for Disease Control and Prevention to stay home. This was America’s biggest airline travel day since 15 March.

248: Number of days it took from the time Pfizer announced plans to collaborate with BioNTech to its FDA submission date.

1.3 billion: Number of vaccine doses Pfizer-BioNTech expect to produce by the end of 2021.

43,125: Number of Pfizer vaccine trial participants across 6 countries who have received their second dose of the two-shot vaccine.

30,000: Number of US participants in Moderna’s Phase 3 vaccine study, in collaboration with National Institute of Allergy and Infectious Diseases and Biomedical Advanced Research and Development Authority.

69: Number of pages in the “Playbook for Early Response to High-Consequence Emerging Infectious Disease Threats and Biological Incidents” that the Obama White House handed off to Trump during the transition. The Trump White House never used it.