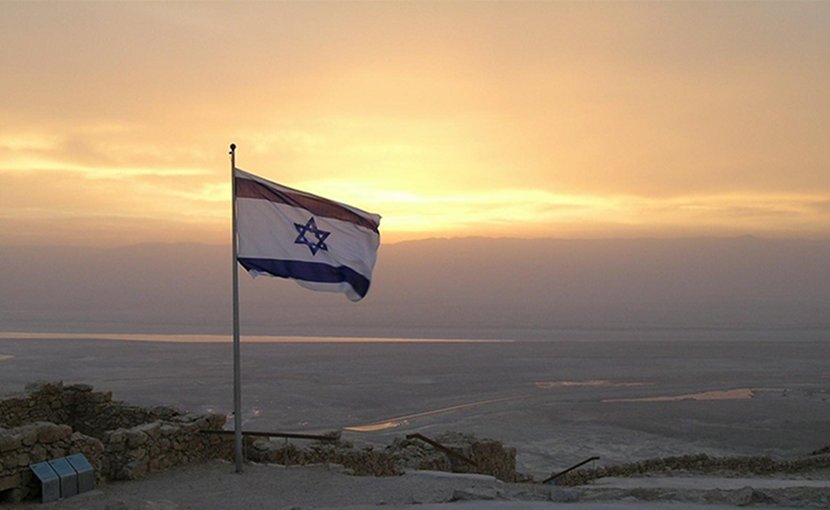 “A Regime of Jewish Supremacy from the Jordan River to the Mediterranean Sea: This is Apartheid,” was the title of a January 12 report by the Israeli rights group B’Tselem. No matter how one is to interpret B’Tselem’s findings, the report is earth-shattering. The official Israeli response merely confirmed what B’Tselem has stated in no uncertain terms.

Those of us who repeatedly claimed that Israel is not democratic, governed by an apartheid regime and systematically discriminates against its ethnic and racial minorities, in favor of the country’s Jewish majority, purportedly have nothing to learn from B’Tselem’s declaration. Thus, it may seem that the report, which highlighted racial discrimination in four major areas – land, citizenship, freedom of movement and political participation – merely restated the obvious. In actuality, it went much further.

B’Tselem is a credible Israeli human rights organization. However, like other Israeli rights groups, it rarely went far enough in challenging the Israeli state’s basic definition of itself as a democratic state. Yes, on numerous occasions it rightly accused the Israeli government and military of undemocratic practices, rampant human rights violations and so on. But to demolish the very raison d’etre, the basic premise that gives Israel its legitimacy in the eyes of its Jewish citizens, and many more around the world, is a whole different story.

“B’Tselem rejects the perception of Israel as a democracy (inside the Green Line) that simultaneously upholds a temporary military occupation (beyond it),” the Israeli rights group concluded based on the fact that the “bar for defining the Israeli regime as an apartheid regime has been met after considering the accumulation of policies and laws that Israel devised to entrench its control over Palestinians.”

Let’s be clear on what this actually means. Israel’s leading human rights organization was not arguing that Israel was turning into an apartheid state or that it was acting contrary to the spirit of democracy or that Israel is an undemocratic apartheid regime only within the geographic confines of the occupied Palestinian territories. None of this. According to B’tselem, which has for decades diligently documented numerous facets of Israeli government practices in the realm of politics, military, land-ownership, water distribution, health, education, and much more, Israel is, now, wholly an apartheid, undemocratic regime.

B’Tselem’s assessment is most welcomed, not as a belated admission of a self-evident reality but as an important step that could allow both Israelis and Palestinians to establish a common narrative on their relationship, political position and collective action in order to dismantle this Israeli apartheid.

Relatively, Israeli groups that criticize their own government have historically been allowed much larger margins than Palestinian groups that have done the same thing. However, this is no longer the case.

Palestinian freedom of speech has always been so limited and the mere criticism of the Israeli occupation has led to extreme measures, including beatings, arrests, and even assassinations. In 2002, a government-funded organization, NGO Monitor, was established precisely to monitor and control Palestinian human rights organizations in the occupied territories, including Addameer, al-Mezan Center, al-Haq, PCHR among others. The Israeli army raid on the Ramallah-based offices of the Palestinian human rights group Addameer in September 2019 was one of many such violent examples.

However, Israeli government actions of recent years are pointing to an unmistakable paradigm shift where Israeli civil society organizations are increasingly perceived to be the enemy, targeted in myriad ways, including defamation, financial restrictions and severing of access to the Israeli public.

The latter point was put on full display on January 17, when Israeli Education Minister, Yoav Galant, tweeted that he had instructed his ministry to “prevent the entry of organizations calling Israel ‘an apartheid state’ or demeaning Israeli soldiers, from lecturing at schools”.

Oddly, Galant demonstrated B’Tselem’s point, where the group challenged Israel’s very claim to democracy and freedom of expression, by curtailing Israeli human rights workers, intellectuals and educators’ own right to express dissent and to challenge the government’s political line. Simply stated, Galant’s decision is a functional definition of totalitarianism at work.

B’Tselem did not back down. To the contrary, the group expressed its determination “to keep with its mission of documenting reality,” and making its “findings publicly known to the Israeli public, and worldwide”. It went even further as B’Tselem director Hagai El-Ad met with hundreds of Israeli students on January 18 to discuss the inconsistency between military occupation and the respect for human rights. Following the meeting, El-Ad tweeted “The @btselem lecture did take place this morning. The Israeli government will have to contend with us until the apartheid regime ends.”

The B’Tselem-Galant episode is not an isolated spat, but one out of many such examples, which demonstrate that the Israeli government is turning into a police state against, not only Palestinian Arabs, but its own Jewish citizens.

Indeed, the decision by the Israeli Ministry of Education is rooted in a previous law that dates back to July 2018, which was dubbed the “Breaking the Silence law”. Breaking the Silence is an Israeli civil society organization of army veterans who became vocal in their criticism of the Israeli occupation, and who have taken it upon themselves to educate the Israeli public on the immorality and illegality of Israel’s military practices in occupied Palestine. To silence the soldiers, former Israeli Education Minister Naftali Bennett ordered schools to bar these conscientious objectors from gaining access and directly speaking to students.

The latest government’s decision, taken by Galant, has merely widened the definition, thus expanding the restrictions imposed on Israelis who refuse to toe the government’s line.

For years, a persisting argument within the Palestine-Israel discourse contended that, while Israel is not a perfect democracy, it is, nonetheless, a ‘democracy for Jews’. Though true democracies must be founded on equality and inclusiveness, the latter maxim gave some credibility to the argument that Israel can still strike the balance between being nominally democratic while remaining exclusively Jewish.

That shaky argument is now falling apart. Even in the eyes of many Israeli Jews, the Israeli government no longer possesses any democratic ideals. Indeed, as B’Tselem has succinctly worded it, Israel is a regime of Jewish supremacy “from the Jordan River to the Mediterranean Sea.”