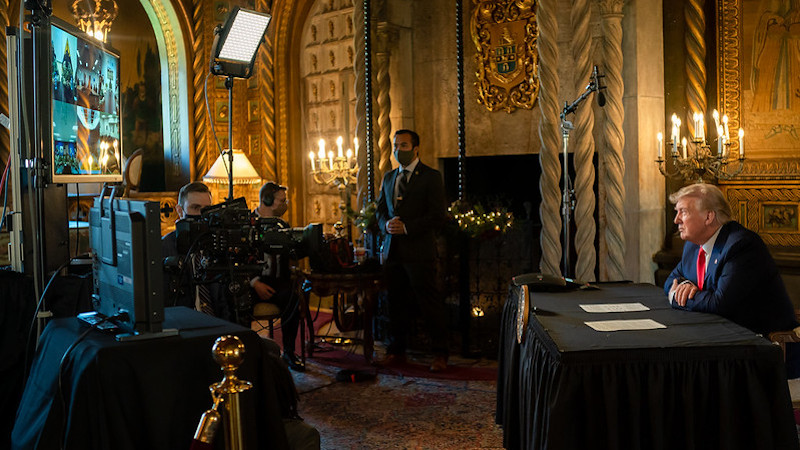 For decades, the National Defense Authorization Act has been the lifeblood of the US imperium, guaranteeing a flow of money across the military.  A better term for such a bill would use the word offence in it, but lawmakers and industry lobbyists find that granting reserves of cash is better justified when one is constantly threatened and vulnerable.  Be it midget adversaries, deviant non-state actors or an enemy yet to be born, defence will have its share of funding provided the threat is sufficiently inflated.

The NDAA for 2021 allocates $740 billion for national defence spending.  Congress passed it without much fuss this month, the House favouring it by 335-78-1, and the Senate 84-13.  On December 11, it wound its way to the desk of President Donald Trump.

Trump proved moody.  In another swansong act of defiance, the president stroppily vetoed the bill.  “My administration recognizes the importance of the Act to our national security,” he outlined in a message to Congress.  “Unfortunately, the Act fails to include critical national security measures, includes provisions that fail to respect our veterans and our military’s history, and contradicts efforts by my Administration to put America first in our national security and foreign policy actions.”

The substantive reasons are various, not all of them focused on shrinking the imperium’s waistline.  They are mixed with spite and personal irritation and prove to be, at points, typically erratic.  Consider his objection regarding Section 230 of the Communications Decency Act, left untouched by the NDAA.  That this provision, providing legal immunity to social media platforms for hosting the content of users, should have ever arisen in a defence bill suggests a mind gone awry. But relations between the president and social media platforms have been icy of late.

Hoping for a blow to be struck, the NDAA would have been Trump’s sock to the jaw of Silicon Valley.  “Your failure to terminate the very dangerous national security risk of Section 230,” he scolded lawmakers, “will make our intelligence virtually impossible to conduct without everyone knowing what we are doing at every step.”  He also took issue with the section for facilitating “the spread of foreign disinformation online, which is a serious threat to our national security and election integrity.”

On other matters, Trump is already mounting the stump and hollering to voters.  He called the bill “a ‘gift’ to China and Russia.”  The NDAA also included “language that would require the renaming of certain military installations.”  Names from the Confederacy era are set for the scrubbing in a moral fit of historical erasure, because militarism has to keep up with the trends.

Senator Elizabeth Warren (D-Mass.) was the key figure behind the provision, extolling the fetish of the mystical Union while denigrating the separatists for their dubious moral code.  On the Senate floor, she claimed that it was “time to put the names of those leaders who fought and killed US soldiers in defence of a perverted version of America where they belong, as footnotes in our history books, not plastered on our nation’s most significant military installations.”  Ten military bases are up for the cleansing, among them Fort Bragg in North Carolina, Fort Lee in Virginia, Ford Hood in Texas and Fort Polk in Louisiana.

Trump, for his part, was against “politically motivated efforts like this to wash away history and to dishonour the immense progress our country has fought for in realising our founding principles.”  Up to a point, he is right.  The US imperium, as with other empires, was most principled in devastating indigenous populations while appropriating and buying land along the way.

While reserving the most important reason for vetoing the NDAA for last, Trump at least takes the position of opposing those “endless wars, as does the American public.”  In his reading of the bill, the president’s discretion in reducing garrison numbers across the globe would effectively be stymied by a consultative process.  It was not for Congress to say “many troops to deploy and where”.

While US presidents tend to be the permissible and public face of the military industrial complex, Trump has been unwilling to play the role consistently.  Troop reductions have been promised in Afghanistan, South Korea and Germany.  The Pentagon is both nervous and agitated.  So is Congress, which wishes to keep its oar in when it comes to international military engagements.

Restating the imperial orthodoxy, Senate Armed Services Committee Chairman James Inhofe (R-Okla.) wished for all his fellow lawmakers to keep the empire running on gas.  “The NDAA has become law every year for 59 years straight because it’s absolutely vital to our national security and our troops.”  He hoped that all his “colleagues in Congress will join me in making sure our troops have the resources and equipment they need to defend this nation.”

The House Armed Services Committee Chairman Adam Smith (D-Wash.) is also keen to keep the machine moving, trumpeting a familiar militarist theme.  “By choosing to veto the NDAA,” claimed Smith in a statement, “President Trump has made it clear that he does not care about the needs of our military personnel and their families.”  Smith has become something of a golden boy for the military industrial complex, raking in donations from such defence contractors as Textron, a leading producer of cluster bombs.

Trump’s reasons for vetoing the bill are not philosophically rigorous or cerebrally hefty. But those opposing greater and deeper funds for the military industrial complex should always find some room to salute a commander-in-chief willing to obstruct the passage of bills that foster aggression and feed a complex that serves to hinder, rather than advance, security.  Senator Rand Paul (R-Ky.) is happy to go along with delaying and blocking the NDAA.  “I very much am opposed to the Afghan war, and I’ve told them [fellow senators] I’ll come back to try to prevent them from easily overriding the president’s veto.”

Congress, in the main, has no such wish.  The bill is in step with the incoming Biden administration’s promise of a more meddlesome brand of US interventionism.  Suitably bribed, the respective chambers have till before noon on January 3, 2021 to override the presidential veto, prior to the 117th Congress being sworn in.  The House is already considering overriding the veto.  Devotees of endless wars will be lobbying with determination and intent that this takes place.