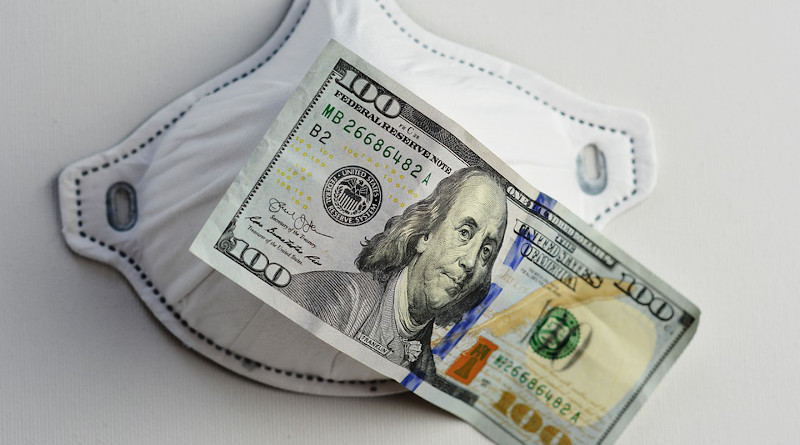 The U.S. House of Representatives has passed higher pandemic relief payments to Americans, meeting President Donald Trump’s demand for $2,000 COVID-19 relief checks, and it passed an override of Trump’s veto of a multibillion-dollar bill funding the country’s defense programs.

The House interrupted its usual Christmas recess to return to work to pass the measures Monday, less than a week before a new Congress is to be sworn into office.

The Democrat-led House passed the additional pandemic relief payments by a vote of 275-134. The House and Senate had previously passed $600 payments for struggling Americans as part of a compromise $2.3 trillion pandemic aid and spending package between Democratic and Republican lawmakers, however Trump sharply criticized the legislation. He threatened to block its passage if Congress did not increase the stimulus payments to $2,000 and cut other spending. But on Sunday, as a government shutdown loomed, he signed the bill.

Trump’s support for the larger checks has been seen as a rebuke to members of his Republican Party, whose members have largely resisted the extra spending. The Republican-led Senate is set to return to session Tuesday to consider the measure, where its fate is uncertain.

The House also passed a measure Monday that would override Trump’s veto of a $740 billion bill funding the country’s defense programs, securing the two-thirds vote necessary to override a presidential veto. The defense spending bill also gives raises to members of the military and sets Pentagon policy on issues such as troop levels, weapons systems and personnel matters.

The Senate could vote on the measure as early as Tuesday and is also expected to override Trump’s veto.

Trump has criticized the defense bill on several fronts, arguing without explanation that the bill benefits China. He has demanded the removal of language that allows the renaming of military bases that honor leaders of the Confederacy, which seceded from the United States in the 1860s, before collapsing at the end of the U.S. Civil War a few years later.

He has also demanded the repeal of a provision that protects social media companies from liability over content their users post.

Trump went against lawmakers with both his veto of the defense bill and his criticism of the $2.3 trillion spending package, passed by both the House and Senate. Trump initially called the spending package “a disgrace,” but relented Sunday and signed it.

In a statement announcing his signature for the spending bill, Trump said, “As president, I have told Congress that I want far less wasteful spending and more money going to the American people in the form of $2,000 checks per adult and $600 per child.”

Without Trump’s signature or passage of a stopgap measure to fund operations, a partial government shutdown would have begun Tuesday. Increased unemployment benefits and eviction protections expired early Sunday.

The spending bill Trump signed includes $900 billion for coronavirus relief and $1.4 trillion for government funding through next September.

Democrats have characterized the coronavirus relief bill as just a first step in their push for a more expansive aid package.

“We need to ensure robust support for state and local government to distribute and administer a vaccine, keep workers employed and prevent devastating service cuts — and we must do so as soon as possible,” Pelosi said.

Senate Majority Leader Mitch McConnell praised Trump for preventing “a government shutdown at a time when our nation could not have afforded one.”

“The bipartisan rescue package that Republicans in Congress and the Trump Administration negotiated with the Democrats will extend another major lifeline to workers at struggling small businesses, renew major relief for laid-off Americans, invest billions more in vaccine distribution, send cash directly to households, and more. The compromise bill is not perfect, but it will do an enormous amount of good for struggling Kentuckians and Americans across the country who need help now,” McConnell said in a statement.

Trump said in announcing his signature for the spending package that he was also insisting on changes to the funding legislation to remove what he called “wasteful items.”  Those demands amount to suggestions to Congress and will not necessarily result in any changes to the bill.