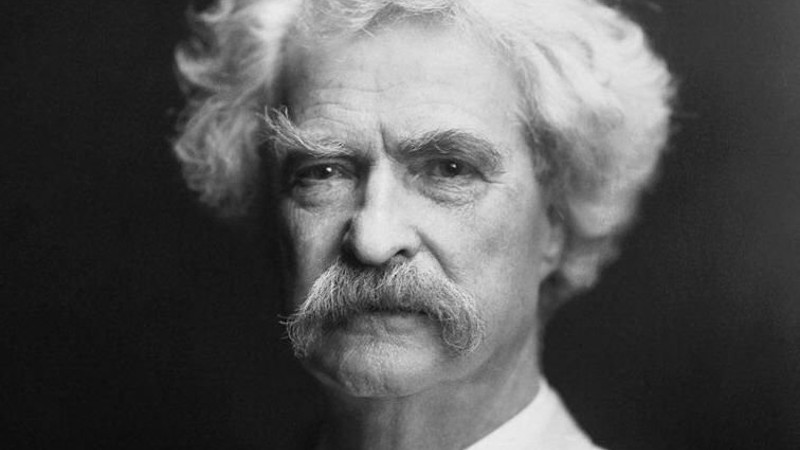 The profound legacy of Mark Twain (Samuel Langhorne Clemens), America’s legendary writer and humorist, is certainly shaping the bilateral partnership of Ukraine with the United States, as Washington is actively pursuing a greater geopolitical role in Kyiv and other countries adjacent to the Black Sea.

With the tremendous support of Mr. Andre Pigulevsky (the owner of Skifian oysters, a family-owned enterprise of oyster and lobster farming) and Mrs. Tatiana Chichkalyuk (a Civil Society leader in Ukraine); it has been decided to erect the statue of Mark Twain; a decision that will further strengthen the bondage that has existed for centuries between Washington and Odessa.

The Statue of Mark Twain is in the process of approval and will greatly become a strategic Transatlantic linkage between both nations and is expected to strengthen local tourism in Odessa.

With the genuine aspirations recently emerging from President Joe Biden’s Administration, in strengthening the partnership with Ukraine, the project of statue in honor of Mark Twain in Odessa, is the perfect opportunity for Washington to actively launch a new chapter of cultural diplomacy and political dialogue with its counterparts in the Government of Ukraine.

As regions of the nation of Taras Hryhorovych Shevchenko have been occupied (including Crimea, Luhansk and Donetsk), by Armed forces of Russian Federation since 2014, it is imperative for the Biden Administration to take an active role towards thwarting the Russian menace in the Black Sea Region.

For US Investors, the Ukrainian Coastal towns, among them Odessa, in the Black Sea; are perfect locations to develop real estate projects or tourism infrastructure that could attract large number of visitors from abroad.

According to the owner of the Skifian Oyster farm, Mr. Andre Pigulevsky: “[The Ukrainian Coastal town] in the Black Sea has a huge potential for growing seashells, shrimps, fish in great volumes. Moreover the tourism sector is another major field that can generate a greater economic development in the region in cooperation with foreign partners.”

Mark Twain visited Odessa in 1867, during his trip across Europe and the Middle East.  While sailing abord the Quaker City, a US Civil War Era battleship converted into a transoceanic cruiser, Twain wrote his impressions about the historic city of Ukraine and drafted his memoires that made him a substantially wealthy writer afterwards.

In his travel log the American traveler has constantly compared his country’s ways of life with the ones that he encountered in the Holy land and in the Old Continent.

It was Ukraine that made Twain exhibit a rare skill of writing and his exposure to the heroic people of Ukraine enabled him to become a much more globally oriented writer, humorist and journalist.

As he appreciated the early stages of Odessa, Twain has openly – and paradoxically enough – reserved his most bitter criticism for his fellow American passengers, who frustrated him infinitely. According to the Odessa Review: “At the time of Twain’s visit, Odessa was young, vibrant and in the midst of construction. It was the same exact age as the United States, and in a similar position as an industrious, dynamic, cultural melting pot. It was these qualities which reminded Twain of America – and endeared the city of Odessa to him greatly.”

In the same vein, Mark Twain had this to write about one of Ukraine’s glorious cities:

“Odessa is about twenty hours’ run from Sebastopol and is the most northerly port in the Black Sea. We came here to get coal, principally. The city has a population of one hundred and thirty-three thousand and is growing faster than any other small city out of America. It is a free port; and is the great grain mart of this particular part of the world. Its roadstead is full of ships. Engineers are at work, now, turning the open roadstead into a spacious artificial harbor. It is to be almost enclosed by massive stone piers, one of which will extend into the sea over three thousand feet in a straight line. …”

The Statue of Mark Twain in Odessa will eternally be considered as the symbol of brotherly ties between the United States and Ukraine; it will serve as an exceptional platform that will promote rural tourism in the Black Sea Region. This unique project is being implemented by Mrs. Tatiana Chichkalyuk, head of Tylihul -Life NGO; Vadym Kravchenko – board member (Ukrainian national from Denmark) and Andre Pigulevsky (a strategic partner in the project, and owner of the first oysters and lobsters farm in Ukraine.

Uplifting the cultural cooperation between the two countries has historically been a rather timid component; however Mark Twain’s legacy is always vivid and will serve as the niche of brotherhood for centuries to come.