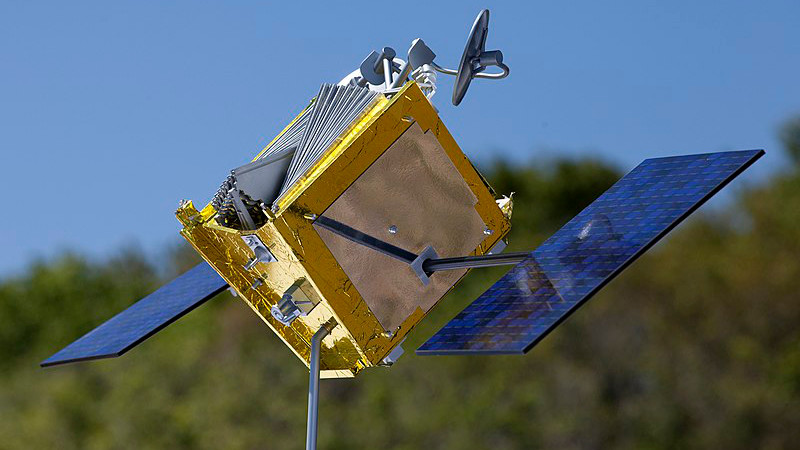 Bharti Global’s stake in OneWeb has given India lateral entry into this lucrative and newly-competitive global satellite-based internet services market. India and the U.K., the two stakeholders in this company, can build and sustain this collaboration through a well-thought-out bilateral space diplomacy agenda.

OneWeb, the London-based satellite internet services company, had a momentous 2020. It launched 68 (still operational) satellites between February and March 2020, then the company filed for bankruptcy protection in late March, less than a week after the launch of the second batch of 34 satellites. By July 2020, an unexpected duo, Her Majesty’s Government of the United Kingdom and India’s Bharti Global, acquired an insolvent OneWeb. On 18th December 2020, OneWeb launched the next batch of 36 satellites for the first time after its new buyers took over.

India, which launched an expansive reformation of its space sector in May 2020, must make the most of the new ties with OneWeb and the U.K. government. Through OneWeb, Bharti Global has become the first Indian telecom provider to enter the next-generation satellite internet market. Its partner, the U.K. government, is probably looking at geostrategic returns. The Airtel brand of Bharti Global is the third largest telecom service provider in the world, with deep last-mile connectivity in the African and South Asian markets. OneWeb will tap into the existing markets of its sister concern. These are excellent opportunities. But there are also challenges.

First, OneWeb faces stiff competition from the U.S.’ fast-rising duopoly, SpaceX and Amazon that have laid detailed business plans with their respective StarLink and Project Kuiper communication satellite constellations. China is not far behind; the private company Galaxy Space (also known as Yinhe), which has an investment from the state-owned China Aerospace Science and Technology Corporation (CASTC), has already launched a technology demonstrator 5G communications satellite, the Galaxy-1, in January 2020. The CASTC is also raising the Hongyan constellation of 300 low-Earth orbit global communication satellites.

Second, Airbus Space and Defence currently manufactures OneWeb satellites in Florida, U.S., and these weigh around 150 kg. In the coming years, communication satellites will see both mass and size miniaturization, because of the global necessity to cut down on orbital junk. This means OneWeb can contract Airbus or other satellite manufacturing companies to order next-generation miniature satellites for maintaining the constellation. Once done, OneWeb can use the services of small satellite launch vehicles and part ways with the Russian heavy-lift Soyuz-2 launch vehicle which it currently uses from the Russia-held Vostochny and Baikonur launch sites.

Third, there’s Brexit, the growing global technology-driven protectionism, and deteriorating U.K.-Russia relations. Airbus Space and Defence, OneWeb’s satellite-manufacturing contractor, is already in the advanced stages of forming a consortium to construct a similar constellation for the European Union (E.U.). This makes OneWeb and the proposed E.U. constellation competitors. The necessity for self-sufficiency following Brexit, and the many rounds of sanctions imposed by the U.K. on Russia can also potentially push London towards launch service providers of British-origin or those from the Commonwealth grouping. Britain is already preparing for domestic launch alternatives – as indicated by the development of two launch sites on the Shetland Islands and Sutherland, the raising of three British commercial launch companies, Orbex and Skyrora, and the British-American Virgin LauncherOne. The U.K. can also employ its domestic satellite manufacturers like Surrey Satellite and QinetiQ. Overall, the U.K. will attempt to bring the OneWeb’s integration chain, currently starting from Florida-based satellite manufacturing site to the Vostochny launch site in Russia, under its control.

There is huge potential in this space sector churn for the Indian space industry. In a competitive satellite internet industry, cost-effectiveness will determine market success. OneWeb can benefit from India’s strength of being cost-effective by manufacturing next-generation miniature satellites in India, to sustain the constellation or provide inexpensive commercial launch services. Together, the U.K. and India can collaborate and provide a symbiotic R&D environment and market access, particularly to each other’s space startups and medium-scale high-tech enterprises.

Last-mile low-latency telecom connectivity and whole-of-planet coverage is the next market battlespace. If the ongoing international 5G market fracas is anything to go by, the satellite-based 5G+ internet industry will face even more contestation. The space industry is exceptionally volatile, and enduring stakes are a considerable challenge. If the current two, Bharti Global and the U.K. government, are to sustain their stakes, they will have to wade through the fast-moving pawns on the global space economy’s chessboard.

Prime Minister Narendra Modi and Prime Minister Boris Johnson can use space diplomacy as an important component of their bilateral technology dialogue, which can take place during the expanded G7 summit in the U.K. in 2021 as well as during Prime Minister Johnson’s visit to India in January as the chief guest at India’s 72nd Republic Day parade, where India’s space achievements will be on display. The collaboration can expend to the U.K.-proposed Democracy-10 (D-10) grouping as well as the new Space20 sub-forum proposed during the 2020 G20 summit under the Saudi Arabian G20 Presidency.

The progress of India’s space startups and MSMEs depends on India developing a few global space economy champions, with the help of established high-technology conglomerates to proactively lead the space industry. Bharti Global can be that Indian leader, if it helps to build India’s space ecosystem.

Source: This article was written for Gateway House: Indian Council on Global Relations.