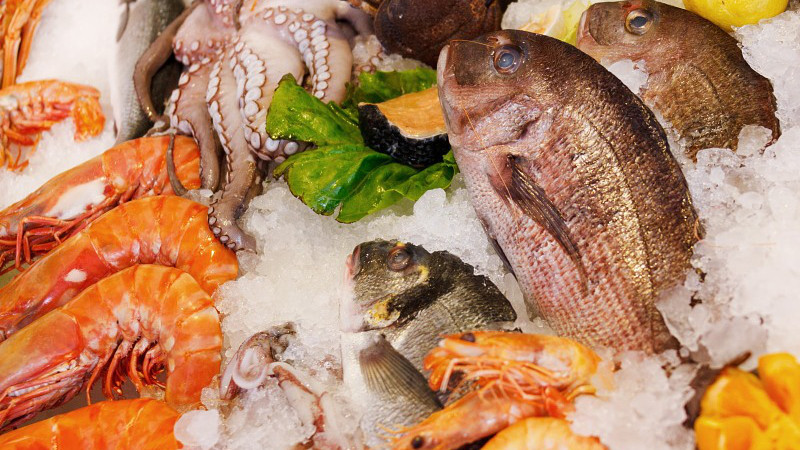 Perhaps that sauteed snapper you enjoyed last evening at your neighborhood restaurant was not snapper at all. Perhaps it was Pacific Ocean perch, cloaked in a wine sauce to disguise its true identity. The same goes for that grouper you paid a handsome price for at your local fishmonger’s and cooked up at home. Instead, you may have been feasting on a plateful of whitefin weakfish and been none the wiser.

Seafood is the world’s most highly traded food commodity, and reports of seafood mislabeling have increased over the past decade. However, proof of the environmental effects of mislabeled seafood has been scant as has research. So, Arizona State University researcher Kailin Kroetz and her colleagues analyzed the impact of seafood mislabeling on marine population health, fishery management effectiveness, and habitats and ecosystems in the United States, the world’s largest seafood importer.

The results of the study were published in the Proceedings of the National Academy of Sciences.

The study found that approximately 190,000 to 250,000 tons of mislabeled seafood are sold in the United States each year, or 3.4% to 4.3% of consumed seafood. What’s more, the substituted seafood was 28% more likely to be imported from other countries, which may have weaker environmental laws than the United States.

“In the United States, we’re actually very good at managing our fisheries,” said Kroetz, assistant professor in ASU’s School of Sustainability. “We assess the stock so we know what’s out there. We set a catch limit. We have strong monitoring and enforcement capabilities to support fishers adhering to the limit. But many countries we import from do not have the same management capacity.”

“Although we would like to do a global assessment in the longer run, we focused on the U.S. first because Seafood Watch assesses about 85% of U.S. seafood consumed,” Kroetz explained. “The data we were able to access in the U.S. were much more detailed than what we could access on the global scale.”

The study found that substitute species came from fisheries that performed worse in terms of population impacts 86% of the time. The population impact metric accounted for fish abundance, fishing mortality, bycatch and discards — that is, fish thrown back to sea after being caught. In addition, 78% of the time the substituted seafood fared worse than the expected products listed on the label when it came to fishery management effectiveness.

Prior studies have focused on the rates at which specific seafood is mislabeled. But it’s the quantity of substituted fish consumed that is key to determining environmental impacts.

Good examples are shrimp and snapper. The researchers found that giant tiger prawns are substituted for white leg shrimp more than any other seafood product — and Americans eat more shrimp than any other type of seafood, opening the door to potentially substantial environmental impacts. Meanwhile, snapper has a higher rate of mislabeling, but Americans consume much less of it than shrimp.

Mislabeling can shake consumer confidence in their quest to eat only sustainable, local seafood. That’s because substituted fish is more likely to be imported and come from poorly managed fisheries, thereby creating a market for fish that shouldn’t be liberally consumed.

For example, you might think you’re getting this wonderful local blue crab, supporting local fisheries, and experiencing local cuisine, but in reality, you could be eating something that was imported from Indonesia. Learning about mislabeling might reduce the amount you’d pay for blue crab in the future or result in you not consuming it at all.

“The expected species is often really well managed,” Kroetz said. “Consuming fish from a fishery shouldn’t have a negative impact in terms of the population now or in the future if the management is good. But if you’re consuming fish from poorly managed fisheries, that’s not sustainable.”

The article Bait And Switch appeared first on Eurasia Review.